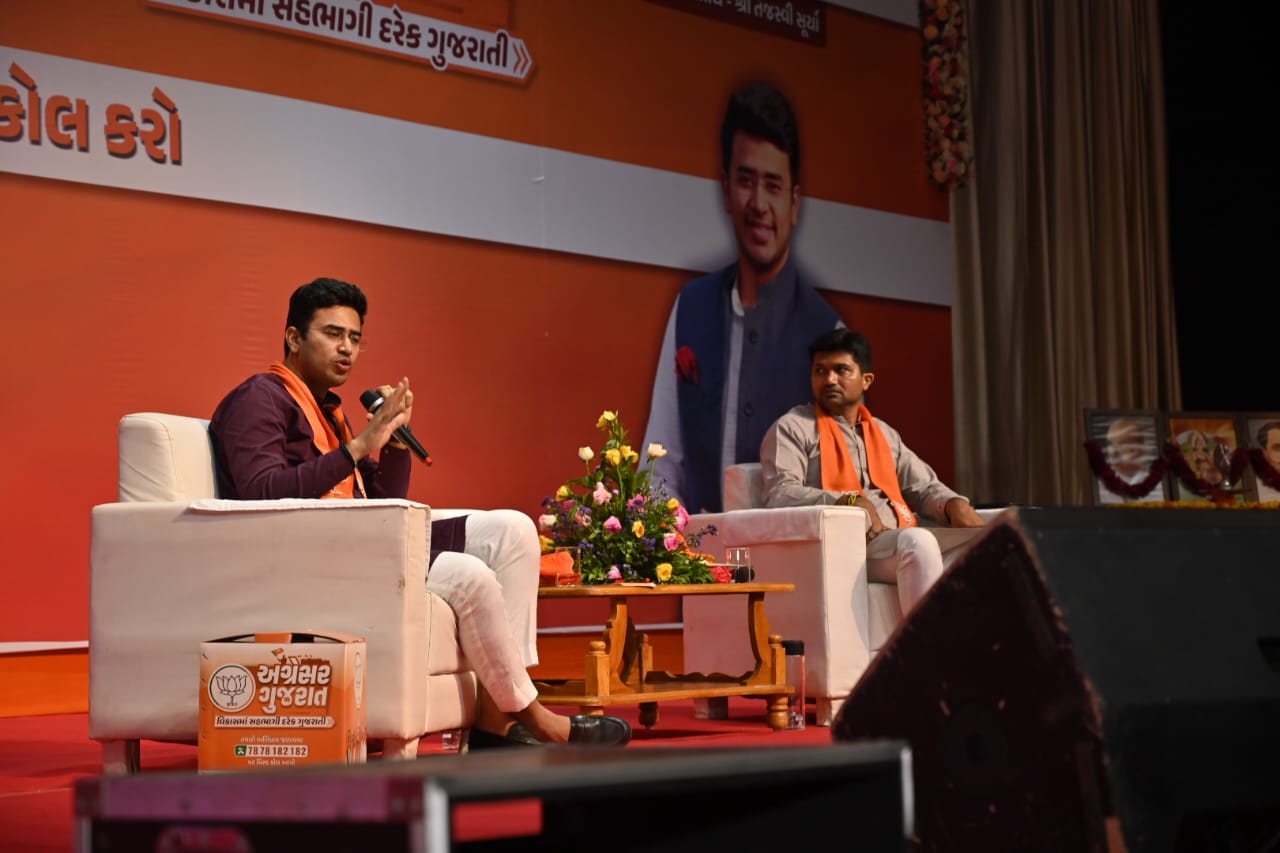 AHMEDABAD: In a veiled attack on the Aam Aadmi Party (AAP) and its government in Delhi, BJP Member of Parliament Tejasvi Surya on Wednesday said Arvind Kejriwal’s outfit spends Rs 5,000 on publicity for doing a work worth just Rs 5.

During an interaction with the first-time voters of Gujarat here ahead of the next month’s Assembly polls, the national president of the Bharatiya Janata Party (BJP) Yuva Morcha sought to compare the AAP government’s school education model with ”liquor mafia” controversy.

”These people (AAP) give advertisements worth Rs 5,000 for doing a work worth just Rs 5. You (youngsters of Gujarat) need to stay wary of such people. They are not only ruining their own lives, but also ruining the country,” said Surya.

”I visit Delhi quite often after becoming an MP. I asked a friend what exactly is this Delhi model of school education. He said Delhi’s education scenario is the same as the liquor mafia thing currently getting unearthed,” said the Lok Sabha MP from Bengaluru South.

He then reminded the audience how Prime Minister Narendra Modi, when he was Gujarat Chief Minister (2001 to 2014), completely transformed the education sector in the state, starting from improving dropout ratio at schools.

Surya said thanks to Modi’s efforts as Gujarat CM, school dropout ratio came down from 30 per cent to just 1 per cent.

”We do work worth Rs 5,000 and spend Rs 50 to inform the masses about it. We are not a party which does work of Rs 50 and gives advertisements worth Rs 5,000 for its publicity,” said the BJP leader. He urged the youngsters, who will exercise their franchise for the first time during the December 1 and 5 polls, to help take forward Gujarat’s political stability.

”Gujarat is number one state on several fronts such as exports, in irrigation canal network, in ease of doing business and in attracting investment. Gujarat became number one due to 30 years of political stability. Modi’s visionary leadership and hard work of all Gujaratis. Political stability will bring development and prosperity,” he maintained.

In this article:AAP, Advertisements worth, BJP, Tejasvi Surya