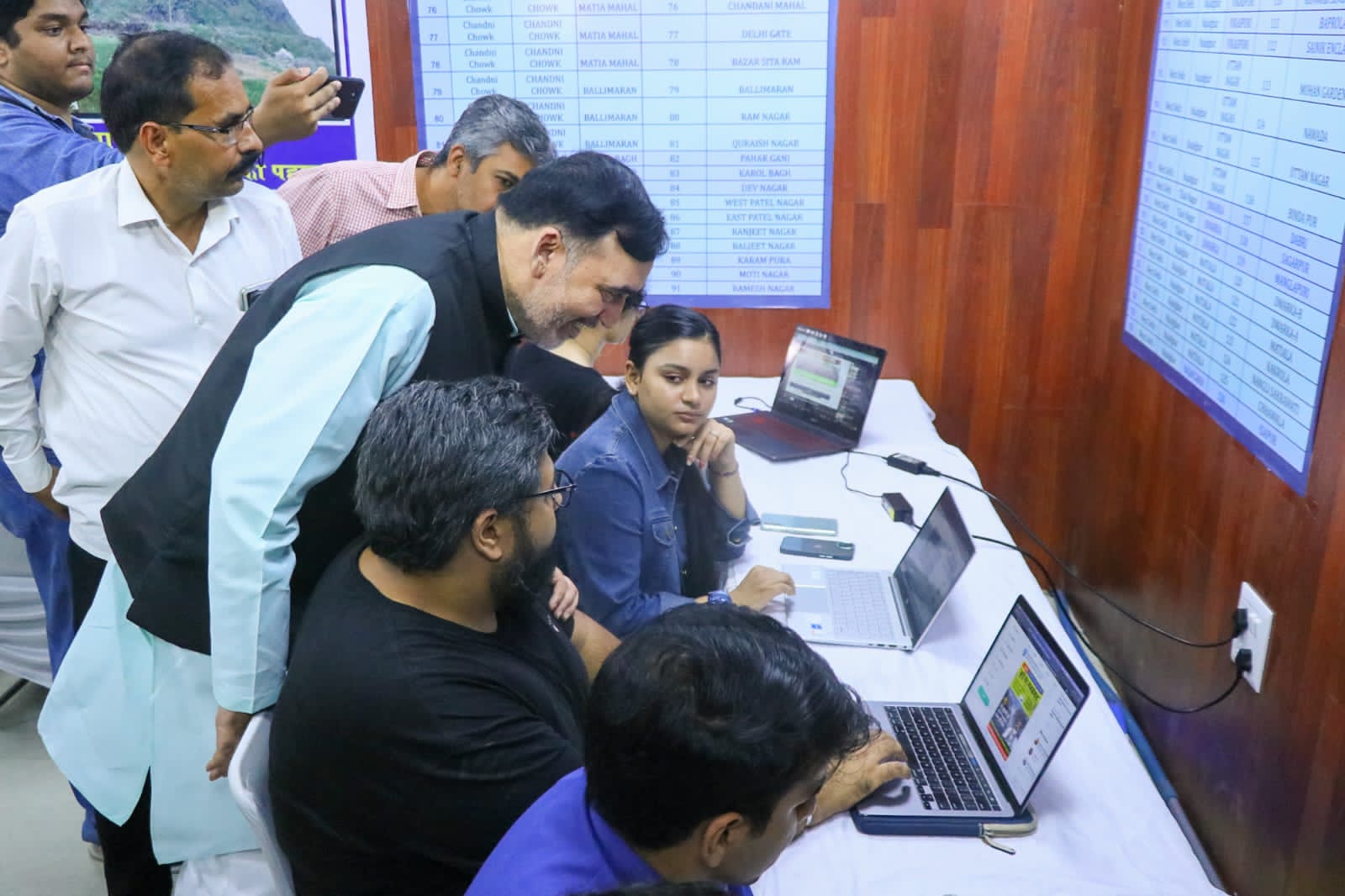 NEW DELHI: The Aam Aadmi Party (AAP) on Thursday launched the party’s war room for the upcoming Municipal Corporation of Delhi election to monitor activities such as the nomination process, campaigning and social media campaign.

The 250-ward Municipal Corporation of Delhi (MCD) goes to polls on December 4 and the counting of votes will take place on December 7.

The party’s Delhi unit convener Gopal Rai launched the war room and predicted a landslide victory for the AAP.

“This war room is being launched to intensify the party’s preparations for the upcoming MCD elections. We will use this war room to monitor 10 activities related to the polls.

“The first will be to track activities related to the ‘Jan Samvaad’, taking place in over 13,000 booths. It will look into issues of scheduling, prepare the list of speakers for these events and send out invitations to local residents,” Rai said.

The second activity that the war room will engage in is the nomination process.

“We will create a team of lawyers that will engage with the central team as well as with those members who will be at the Vidhan Sabha with the aim to ensure that the nomination process at all the 250 seats happens without any problems,” he said.

The war room will have a team dealing with the Election Commission and engage in getting the permissions required for all the party’s events. Another team will be engaged in the planning and other necessary requirements of the party’s star campaigners, Rai said.

“They will deal with all the star campaigners, including Delhi Chief Minister Arvind Kejriwal. Monitoring of the social media campaign and the media campaign will also take place from this war room. Another task that will be monitored is the campaign of candidates contesting the elections,” he said.

“The team handling the logistics management dealing with all the requirements of the candidates will also work out of this war room,” he said.

Rai said a campaign head would oversee each activity while there will be seven chiefs on the ground, based in Delhi’s seven Lok Sabha constituencies.

“There will also be 14 district-wise in-charges while 250 people will be in charge of the 250 wards. They will be the ones who will relay information about developments in the ward to the war room,” Rai said.

When asked about how many seats he expected the party to win, he said the AAP’s name would resonate in every nook of the national capital.

Talking about the BJP’s ‘Wachan Patra’, he said, “They do not have anything to tell the people of Delhi. It seems that the Aam Aadmi Party was in power in the MCD for the last 15 years and the BJP, like an opposition party, is pointing out how the AAP did not do this and that.

“I have already said that the BJP is without any agenda in these polls.”

The BJP’s Delhi unit on Thursday issued a ‘Wachan Patra’, promising to provide EWS flats equipped with all the amenities to every slum dweller in the city.

The BJP has been in power in the MCD — trifurcated in 2012 into north, south and east corporations and then unified this year — for three straight terms. The high-stake civic polls are largely being seen as a three-way contest between the BJP, the AAP and the Congress.

“After the announcement, we received many suggestions, so we postponed it,” Rai said.

He added that they were conducting a survey and would announce the names of candidates in a timely manner.