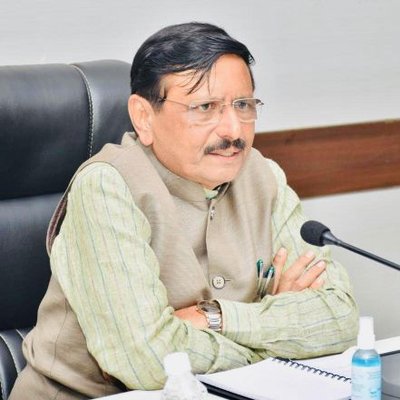 AHMEDABAD: Five Gujarat ministers including the MLA from Morbi are among 38 sitting BJP members of the Assembly who have been denied ticket by the party for the upcoming state elections.

Minister of State for Labour and Employment Brijesh Merja, the legislator from Morbi where a bridge collapse incident last month claimed 135 lives, is among those dropped from the list of 160 candidates whose names were announced by the BJP on Thursday.

Gujarat Assembly Speaker Nimaben Acharya, who won from Bhuj seat of Kutch district in 2012 and 2017, has also been denied ticket this time by the party.

The BJP on Thursday released its first list of 160 candidates for the two-phase elections to the 182-member Gujarat Assembly to be held on December 1 and 5.

The party has fielded Chief Minister Bhupendra Patel from his constituency Ghatlodia and dropped a number of sitting MLAs.

Trivedi was stripped of the crucial revenue portfolio a few months back.

The 38 BJP MLAs who have been denied the ticket this time also include former CM Vijay Rupani and seven legislators who were part of his cabinet between 2017 and 2021 as ministers.

Rupani and his entire Council of Ministers were replaced by the BJP in September 2021.

A completely new cabinet was later formed under the leadership of CM Bhupendra Patel.

Rupani and Nitin Patel had on Wednesday night announced they will not fight the next month’s Assembly elections.

Bhupendrasinh Chudasama and Pradeepsinh Jadeja — who were ministers in the Rupani cabinet — had also announced they will not seek tickets for the upcoming polls.