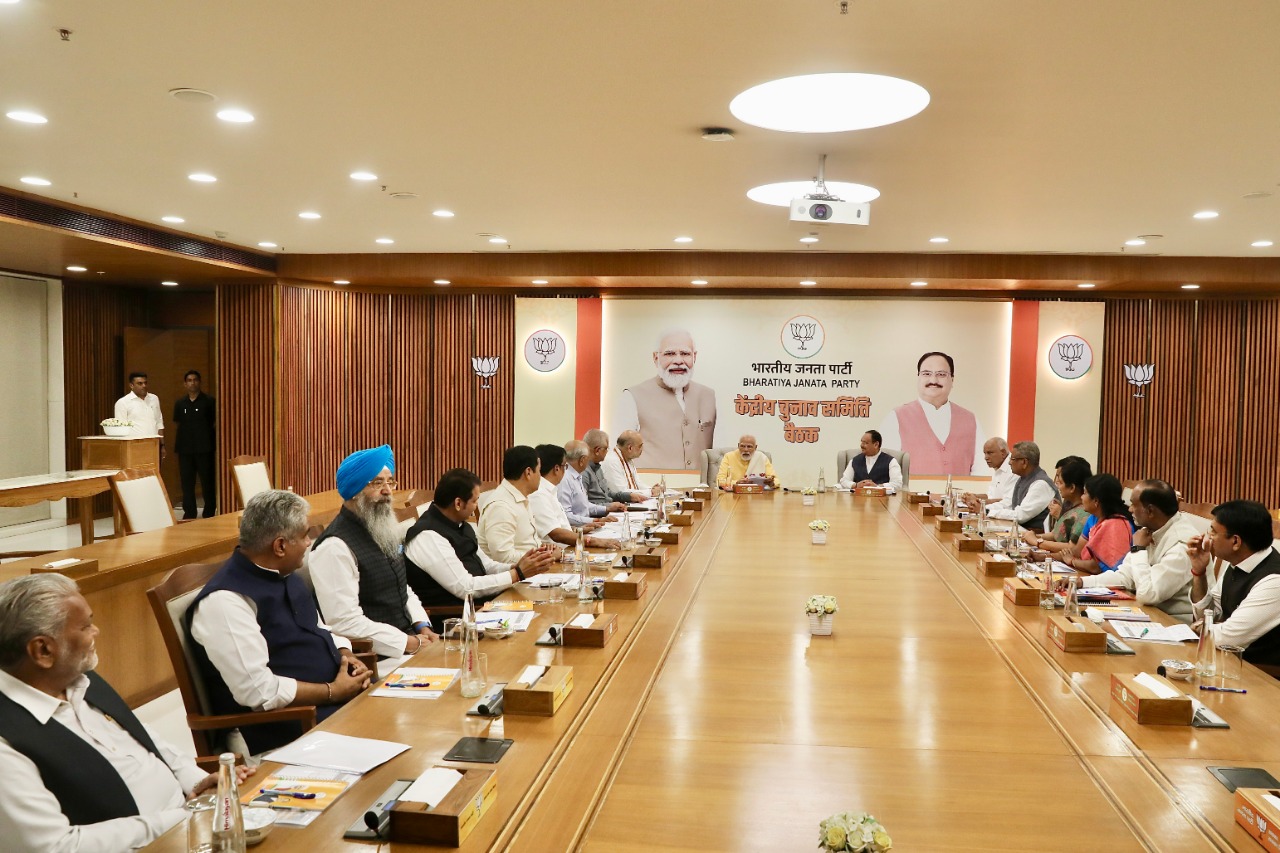 NEW DELHI: The BJP on Thursday released its first list of 160 candidates for the two-phase elections to the 182-member Gujarat Assembly, fielding Chief Minister Bhupendra Patel from his Ghatlodia constituency and dropping a large number of sitting MLAs.

Names of Hardik Patel, the face of the Patidar agitation ahead of the 2017 polls who quit the Congress to join the BJP, and Rivaba Jadeja, wife of cricketer Ravindra Jadeja, figure in the list.

While Hardik Patel will contest from Viramgam, Rivaba Jadeja has been fielded from Jamnagar North.

Releasing the list, Union minister Bhupendra Yadav said the BJP has changed as many as 38 sitting members, claiming that most replacements have been made with the consent of the incumbents.

Union ministers Yadav and Mansukh Mandaviya were joined by Gujarat BJP president C R Patil at a press conference here as Yadav named the candidates selected by the party’s Central Election Committee at its meeting on Wednesday.

Among the candidates there are 35 candidates whose age is below 50 years.

Yadav said the list includes 69 sitting MLAs besides 14 women, and 13 and 24 members from the Scheduled Castes and Scheduled Tribes, respectively.

He said a number of senior leaders from the state, including former chief minister Vijay Rupani and former deputy chief minister Nitin Patel, have opted out of the contest and had written to the party leadership to this effect.

Patil expressed confidence that the BJP will break its previous record of seat tally and vote share in these polls.

Prime Minister Narendra Modi and other CEC members, including Union ministers Amit Shah and Rajnath Singh besides party’s national president J P Nadda, were in the meeting to finalise the candidates.

The BJP is hopeful of maintaining its uninterrupted winning streak in the state assembly polls since 1995.

The entry of the Aam Aadmi Party has added an extra dimension to the state’s traditional bipolar elections, with the BJP’s main challenger Congress hit by a fresh round of desertion by its leaders as it works to regroup.