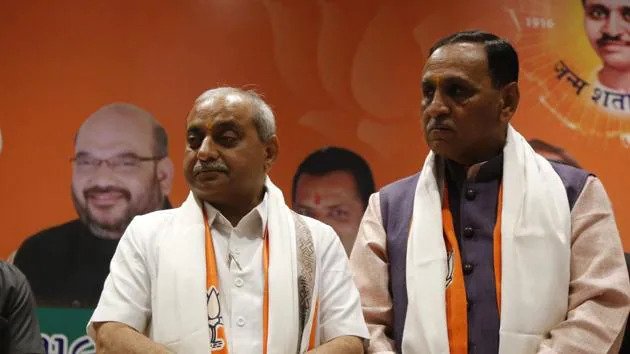 Their statements came at a time when the Central Parliament Board of the BJP has convened a meeting to finalise the names of candidates for the polls in New Delhi under the leadership of Prime Minister Narendra Modi.

I have decided not to fight elections this time, Rupani told reporters in Rajkot without elaborating. Rupani (66), a sitting MLA, was the chief minister from August 2016 to September 2021.

Former deputy CM Patel, in a hand written letter sent to Gujarat BJP president C R Paatil, said he should not be considered for ticket from Mehsana, his current Assembly seat, as he has decided not to contest the December elections.

Two other BJP leaders, Bhupendrasinh Chudasama and Pradipsinh Jadeja, who were senior ministers in the Rupani cabinet, have also declared they will not fight the upcoming polls, state party spokesperson Yamal Vyas said. Both are sitting MLAs.

Voting to elect a new 182-member Gujarat Assembly will be held on December 1 and 5, and counting will take place on December 8.