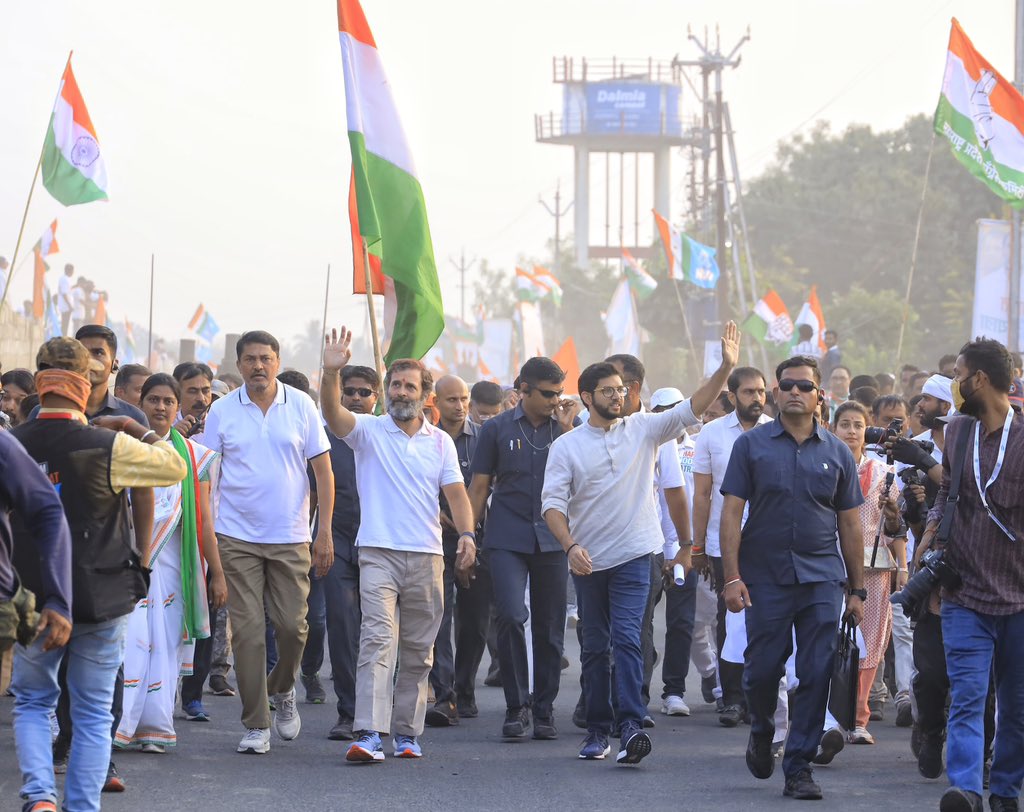 Walking for our democracy and our Constitution… pic.twitter.com/wFQQKIXroA

Aaditya Thackeray was joined by party colleagues Ambadas Danve, who is the leader of the opposition in the state Legislative Council, and former MLA Sachin Ahir.

They walked along Gandhi, who is leading the cross-country foot-march which has entered the 65th day. The Congress MP from Kerala and Aaditya Thackeray waved to people assembled along the route.

Flowers were showered on the participants in Seni village in Nanded’s Ardhapur taluka, with the march entering Hingoli district at Choramba Phata.

In Hingoli, a group of people who arrived to cheer the march, including a large number of women and children, even brought an elephant along.

Celebrating the spirit of Maharashtra, a land which is unsullied & unlimited.#BharatJodoYatra pic.twitter.com/P9JQGPwMQM

Among those who stood along the route and shouted slogans in support of the march and sought implementation of ‘One Rank One Pension’ (ORO) were 22 former servicemen.

Gandhi interacted with people along the route of the march.

On Thursday, Nationalist Congress Party leaders Supriya Sule and Jitendra Awhad had taken part in the march. While NCP chief Sharad Pawar was invited to join the yatra, he could not participate due to ill health.

Shiv Sena (UBT) chief Uddhav Thackeray has been also invited to take part in the march during its Maharashtra leg.