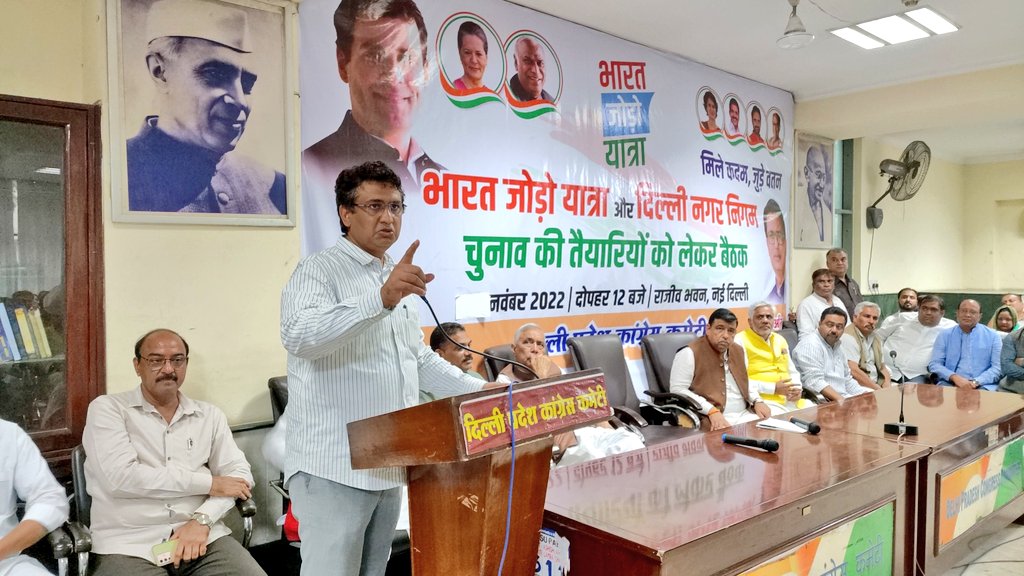 NEW DELHI: The Congress’ Delhi unit on Friday called the AAP’s “10 guarantees” for the MCD elections just another “bundle of lies” and said the Kejriwal government “fostered corruption” in the national capital, utilising every opportunity to make money.

Chief Minister Arvind Kejriwal had earlier in the day announced the AAP’s 10 guarantees, including clearing the city’s three landfill sites, ending corruption in the civic body and timely payment of salaries to employees, for the December 4 Municipal Corporation of Delhi (MCD) elections.

Congress state unit president Anil Chaudhary claimed that the promises to clear the land-fill mountains and ending corruption were akin to the “pot calling the kettle black”.

“The AAP government in Delhi was equally responsible for the three landfill mountains and corruption. In the last eight years, the Kejriwal government only fostered corruption in the national capital and utilised every opportunity to make money,” he alleged.

Chaudhary said the National Green Tribunal had slapped a Rs 900-crore fine on the Delhi government for undisposed waste. The fine proves the government’s role in the accumulation of waste in the city, he said.

“While the BJP’s ‘wachan patra’ (pledge letter) promising flats to slum dwellers has become a standing joke, AAP’s manifesto is another joke for Delhiites. The residents are now regretting electing a non-performing chief minister like Kejriwal as he has been squandering the taxpayers’ money for his election tours,” the Congress leader alleged.

Calling the AAP’s assurance of ending corruption a “hollow promise”, Chaudhary referred to minister Satyender Jain, who is lodged in jail in a money-laundering case, and conman Sukesh Chandrasekhar’s accusation that he took Rs 10 crore “protection” money to ensure his safety in jail.

“It is laughable that the AAP is now assuring a corruption-free Delhi as their own minister Satyender Jain is currently behind bars for money-laundering while another jailed conman Sukesh Chandrasekhar has accused him of taking Rs 10 crore “protection” money for his safety in jail,” he said.

In this article:AAP, Congress, MCD elections