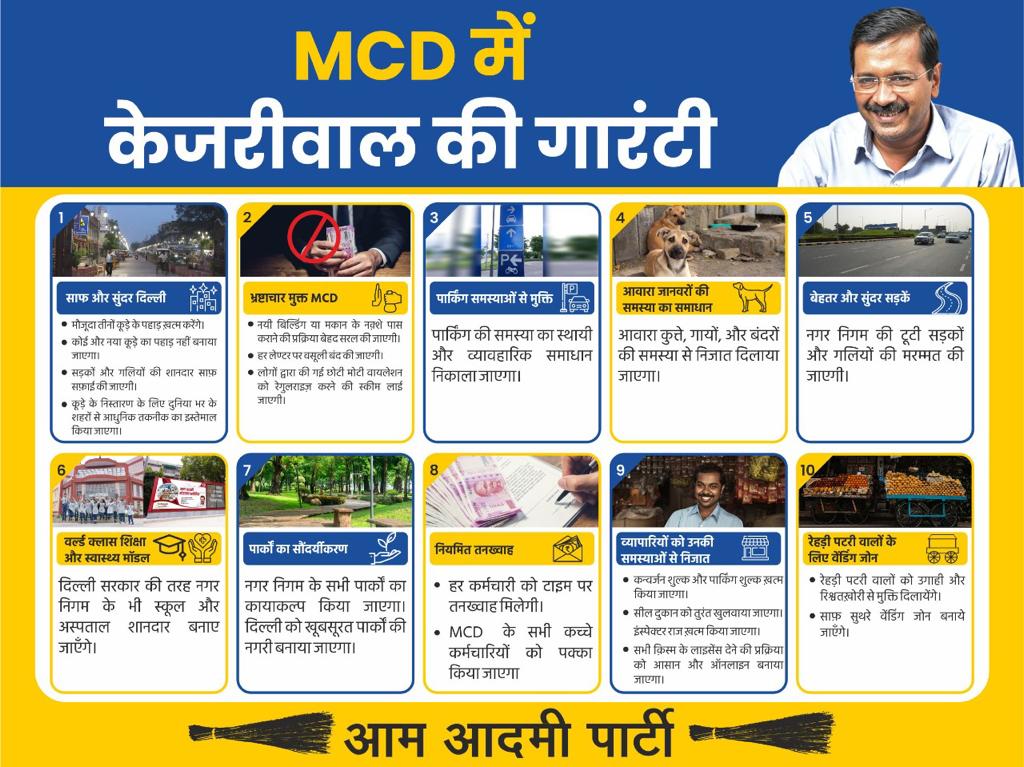 NEW DELHI: Delhi Chief Minister Arvind Kejriwal on Friday announced the AAP’s 10 guarantees for the December 4 MCD polls, including clearing the three landfill sites in the city, ending corruption in the civic body and timely payment of salaries to its employees.

Addressing a press conference, Kejriwal said that unlike the BJP which did not do anything during its 15-year tenure in the MCD, the AAP always fulfilled its promises.

He claimed that the BJP would not win more than 20 seats in the Municipal Corporation of Delhi elections.

“We guarantee that we will make the MCD corruption-free by introducing a simple online process for building map approval, provide a permanent and practical solution to the problem of parking space, control stray animals that create nuisance on roads and repair broken roads,” the AAP national convenor said.

The AAP also intended to improve the quality of MCD schools and dispensaries, beautify parks under the civic body and ensure timely payment of salaries to its employees, Kejriwal said.

“The traders have also faced a lot of hassles. We intend to provide relief to traders by scrapping conversion charge, ending ‘inspector raj’ and creating vending zones and providing licences to street vendors,” he added.

The chief minister alleged that the MCD elections and the Gujarat Assembly polls are being held at the same time to stop the AAP.

“But we will win both Gujarat and MCD polls,” Kejriwal said.

“I can give it in writing that they (BJP) will not win more than 20 seats. People have been betrayed for the last 15 years but we do what we say,” Kejriwal said.

“The BJP had promised to bring funds from the Centre, make Delhi garbage-free and remove the garbage mountains but did not do anything,” he said.