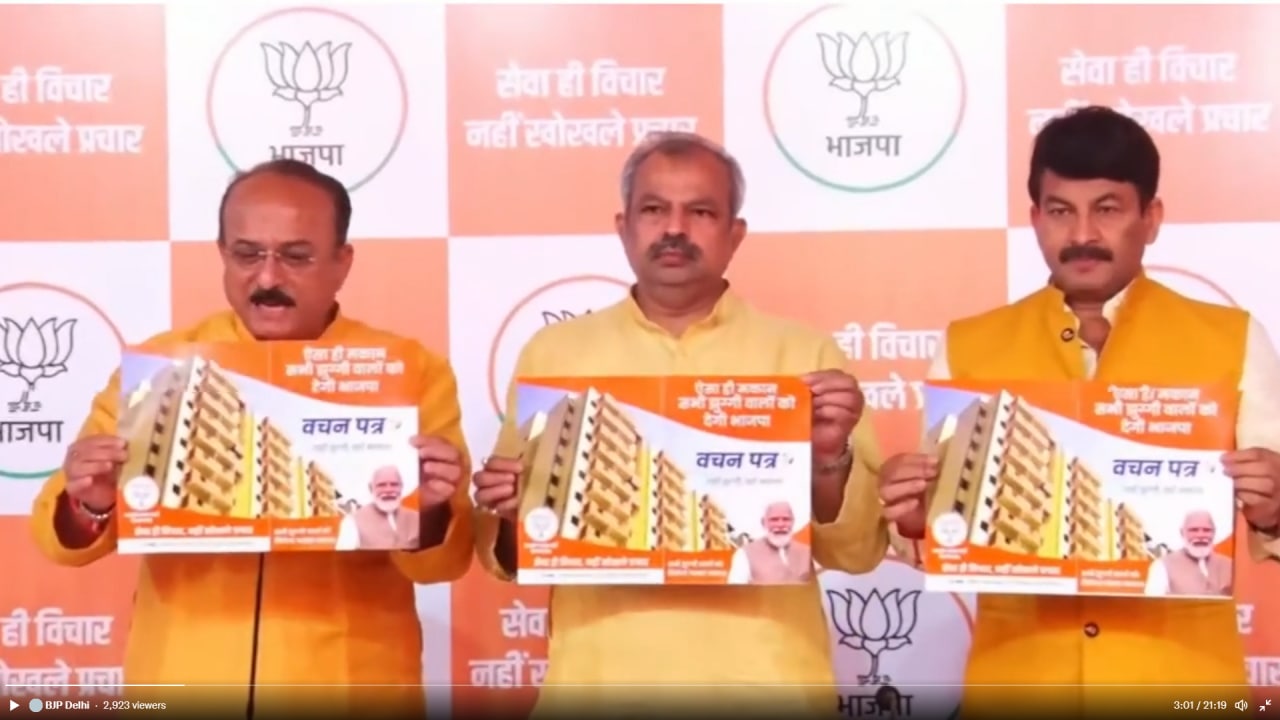 NEW DELHI: The Delhi BJP on Thursday issued a ‘Wachan Patra’ ahead of the MCD polls, promising to provide EWS flats to every slum dweller in the city.

Polling for the municipal elections in Delhi will be held on December 4 and votes will be counted on December 7.

The prime minister had handed over keys of the EWS flats to the beneficiaries of Bhoomiheen Camp slum in a function held at Vigyan Bhawan.

Kejriwal government has never tried to improve the living condition of the slum dwellers but Prime Minister Narendra Modi has proved his concern for the poor by providing good quality flats to them with all amenities, Gupta said.

“The BJP is committed to provide such good quality flats as were built in Kalkaji to all the slum dwellers as per Jahan Jhuggi Wahin Makan scheme, “he said.

The 3024 flats were built by the Delhi Development Authority (DDA) under its in-situ slum rehabilitation project. The BJP had also arranged tours for slum dwellers from different parts of the city to see the flats at Kalkaji for economically weaker section (EWS) category.

Tiwari said the BJP will distribute the ‘Wachan Patra’ to people living in the slums.

The ‘Wachan Patra’ has a form which they will fill and the BJP workers will submit them to the departments concerned and the slum dwellers will get houses, the Lok Sabha member from the Northeast Delhi said.