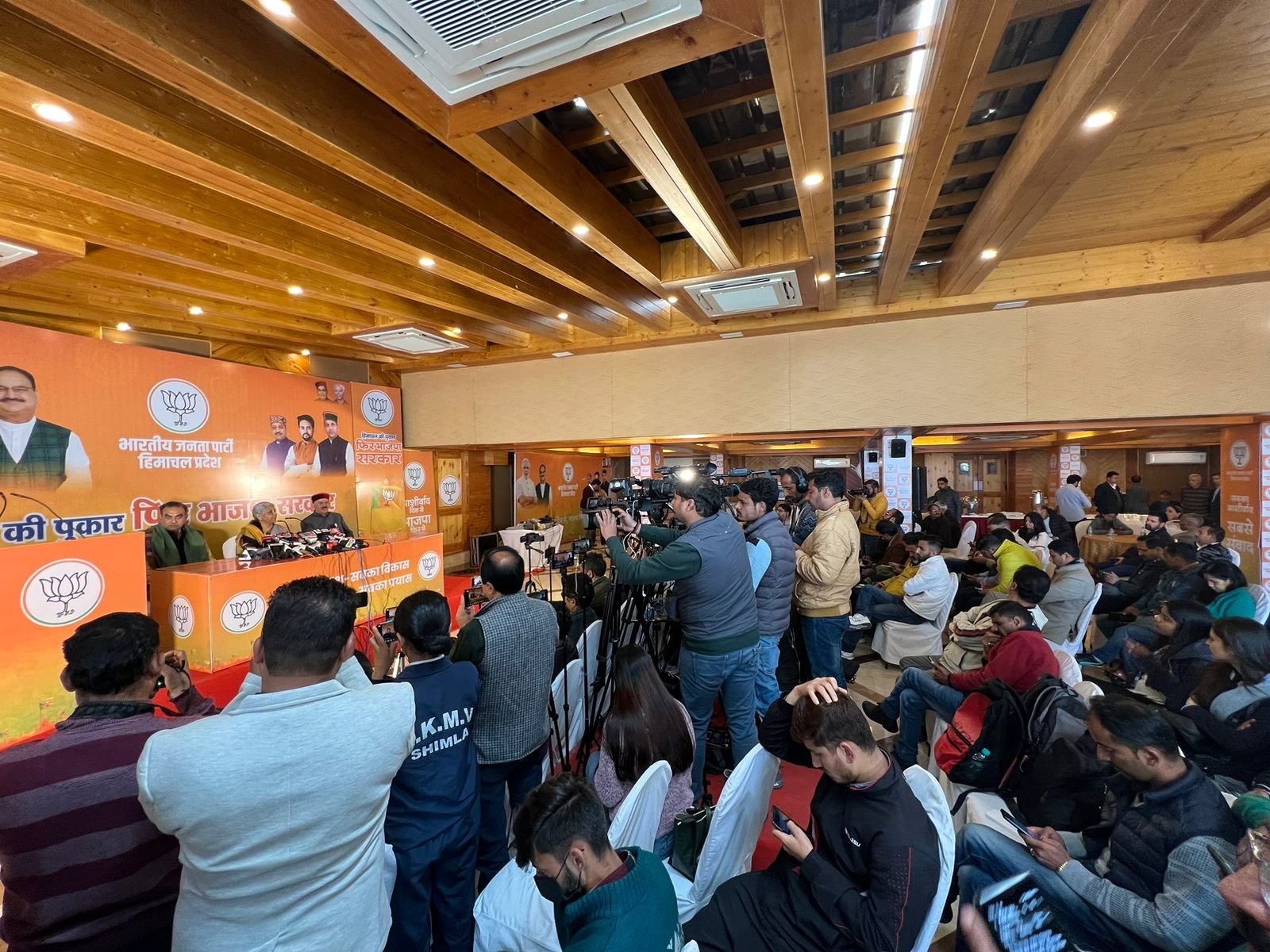 SHIMLA: India’s Finance Minister Nirmala Sitharaman on Thursday said the money in the National Pension Scheme (NPS) belongs to individual contributors and as per law, state governments cannot get it back.

Responding to queries on restoration of the old pension scheme (OPS), Sitharaman clarified at a press conference that Rajasthan and Chhattisgarh governments that are asking the Centre to return the money, cannot get it back as per law.

Smt @nsitharaman addresses a press conference in Shimla, Himachal Pradesh ahead of the state assembly elections slated to be held on November 12, 2022. #JeetegiToBJPHi pic.twitter.com/bmtyzH8tKO

Chief Ministers of these two states have asked the Centre to return the people’s money under NPS for restarting OPS in their states.

Both the Congress-ruled states have notified the reintroduction of OPS for government employees and have said the Centre cannot hold back employees’ money.

Himachal Pradesh goes to the polls on November 12.

“I am not talking politics here. I am only talking about the law,” said Sitharaman addressing the media in Shimla.

Chhattisgarh Chief Minister Bhupesh Baghel has been saying that the Centre has refused to return Rs 17,000 crore due to the state government employees enrolled under NPS after the state asked the Centre for it.

Baghel has said the Centre cannot hold that money back for long and the state government has sought legal opinion on the matter and may move court.

Sitharaman said it was the previous Congress government in Himachal Pradesh led by late chief minister Virbhadra Singh who discontinued OPS in 2003 and started NPS for government employees.

“You are asking us questions about OPS when the Congress governments here chose to retain NPS in their tenures,” she said.

“Our party’s national president is working out a solution on OPS,” she said, alleging that it is the Congress which should be on the backfoot on the issue.

“Ask those who are benefitting as there are only 300 people who are getting the benefit in Rajasthan instead of 3 lakh employees in the state,” she said.

Himachal Pradesh Chief Minister Jairam Thakur also demanded that the Congress apologise to government employees in the state for discontinuing OPS, and thus it has no right to raise the issue of OPS.

“The Congress does not have the moral right to raise the issue of OPS, because it is the Congress government which signed the MoU to scrap OPS and start NPS,” he said.

Sitharaman also clarified on the import duty on apples, saying as per WTO norms the maximum duty that can be imposed is 50 per cent, which India has done.

“India has imposed 50 per cent duty till the bound rate. You cannot impose more than the bound duty rate,” she said, adding that to ensure imported apples do not affect the rates in northern part of the country, such apples are landed in far away places.

“The interests of apple growers have always been high on our agenda,” she said. Sitharaman urged the people of the state to repeat the BJP government as the state has progressed well in the “double-engine” government of both the state and the Centre.

Himachal has received more grants and tax devolution under the double-engine government to provide greater muscle to the state to tackle its finances, she said.

The finance minister also listed a host of central schemes through which the state has benefitted and said the state government has complimented those with their own schemes to cover more and more people in Himachal.

She also enumerated big projects like AIIMS in Bilaspur, bulk drugs park, medical technologies park, Renuka dam project and a host of promises made to people of the state, especially to women.