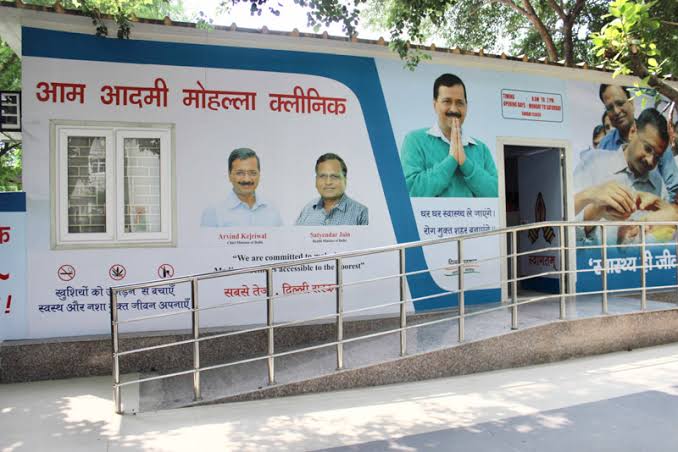 NEW DELHI: The Aam Aadmi Party on Saturday announced its final list of 117 candidates for the December 4 polls to the Municipal Corporation of Delhi. The Arvind Kejriwal-led party had declared its first list on Friday for the 250-member House.

The party, in a statement, said ”people’s choice has become the party’s voice” with old party workers getting precedence in the second list of candidates after emerging at the top of all surveys.

Our 2nd list of candidates for the upcoming MCD elections is here!

Delhi will ‘Vote for Jhaadu’ to clean the ‘3 Garbage Mountains’ gifted by the BJP.#MCDMeinBhiKejriwal pic.twitter.com/fGKMRhTSSk

”As many as 117 old and hardworking party volunteers with a strong presence in their areas have got precedence in the ticket distribution,” read the statement.

The list of candidates was finalised in a marathon meeting of the AAP Political Affairs Committee chaired by Kejriwal. Before giving the tickets, the AAP had surveyed all candidates and took public feedback. More than 20,000 party workers had applied to contest the upcoming civic polls. For the second consecutive day, the AAP’s Political Affairs Committee (PAC) met here on Saturday to finalise the list of candidates and discuss other poll-related matter. Delhi Deputy Chief Minister Manish Sisodia and AAP Delhi State Convenor Gopal Rai were also present in the meeting among other senior members.

”The purpose of the PAC meeting today was to review the surveys and data regarding the remaining MCD wards upon which the party had not announced the candidates,” it said. Earlier in the day, Kejriwal had dared the Bharatiya Janata Party (BJP) to tell the public about five things that they have done in the MCD in the last 15 years.

”Forget even five things, let them come out and tell us about two things that they have done in the MCD. They just hold press conferences and abuse Arvind Kejriwal 24 hours in the day. They have called me a fraudster, a terrorist, a Khalistani and what not. What kind of politics is this?” he said at a press conference here.

Accusing the saffron party of indulging in ”negative politics”, he said, ”People do not like negative politics and false accusations. In the last seven to eight months and particularly since V K Saxena was appointed as the Lieutenant Governor of Delhi, the BJP has consistently been involved in the politics of accusations and spreading hatred against the elected government in Delhi. The people are tired of such politics.” The Delhi chief minister further alleged that the BJP has done everything possible to stop the work of his government, but despite all obstructions, the AAP has completed the projects it had begun.

”Delhiites have been seeing this and therefore, we are confident that they will not vote for the BJP in the upcoming MCD elections. We can tell the people what we will give them in the MCD in the next five years and just yesterday, we released 10 guarantees for them.

”The BJP has no plans for the MCD. All they do is abuse Kejriwal. Let me tell them clearly, simply abusing Kejriwal is not going to get them any votes,” he added.

Meanwhile, the Delhi BJP on Saturday released its first list of 232 candidates for the civic body polls with the nominees including 126 women, three Muslims, seven Sikhs and nine former mayors, according to a party statement.

In this article:AAP, Delhi MCD polls