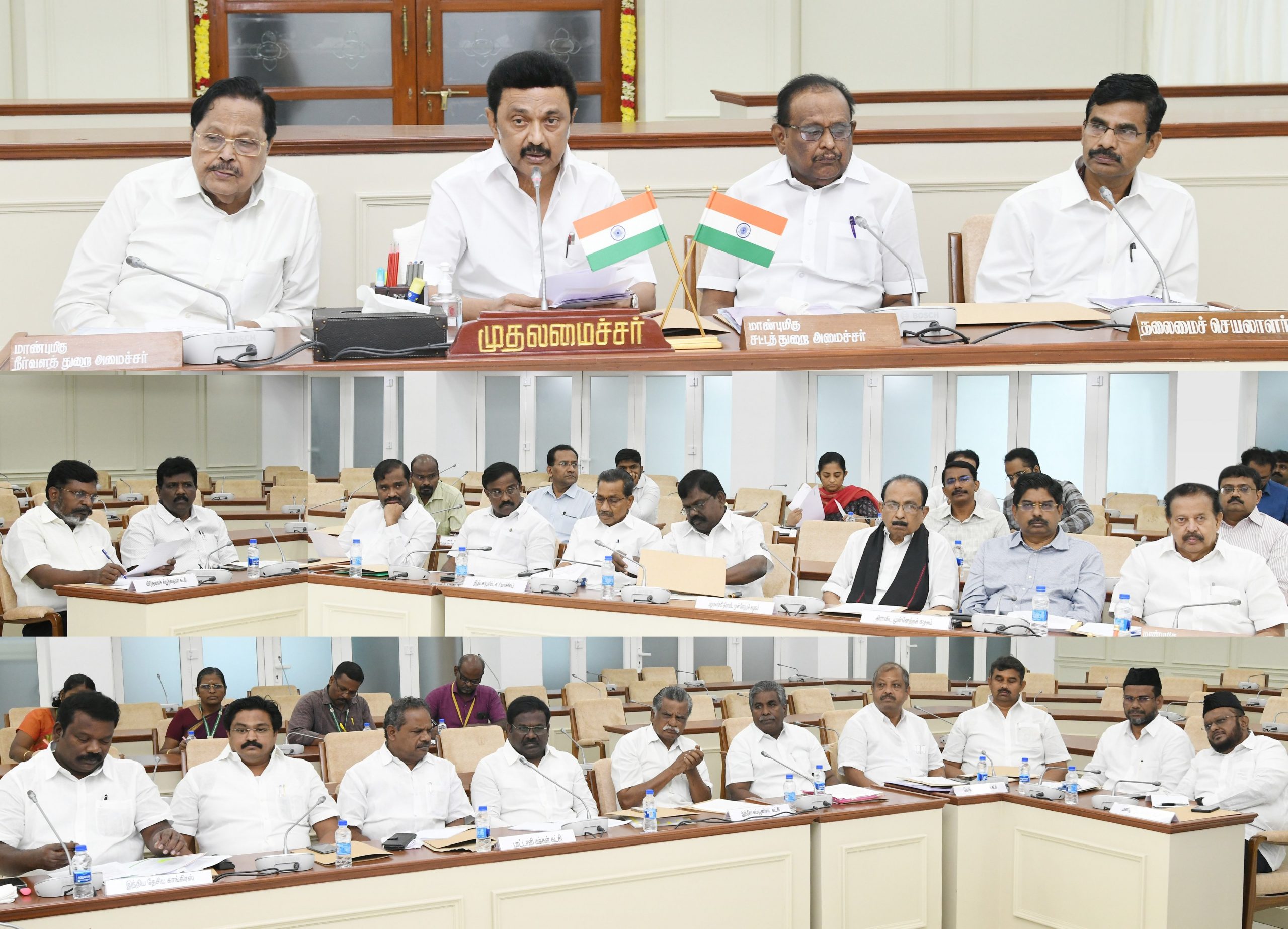 CHENNAI: An all Legislative party meeting chaired by Tamil Nadu Chief Minister M K Stalin on Saturday said it “rejected” the 103rd Constitutional Amendment providing 10 per cent EWS quota by the Centre, saying it created “caste-discrimination” among the poor.

The meeting, boycotted by Principal opposition AIADMK and its ally BJP, urged the state government to “strongly” register its opinions when a review petition is filed.

The ruling DMK has already announced it will file a review petition against the November 8 five-judge Supreme Court bench upholding the 10 per cent reservation for the Economically Weaker Sections (EWS). The quota was upheld 3-2 by the bench.

“We reject the 103rd Constitutional Amendment providing 10 per cent reservation to castes that have progressed since it is against the social justice envisioned by the Constitution, against various Apex court verdicts, and for creating caste discrimination among the poor,” the all-party meeting resolved on Saturday.

“When a review petition is filed in the Supreme Court in this connection, we request the Tamil Nadu government to also strongly place its opinions to ensure social justice and equality,” the resolution read.

While the participating parties supported poverty alleviation schemes, “we will not allow the basic values of social justice concept to be shattered.”

Speaking to reporters after the meeting, Higher Education Minister K Ponmudy said all those who attended the meeting chaired by the CM, extended support on the issue.

He questioned the absence of the AIADMK, pointing out that its stalwarts, the late chief ministers MG Ramachandran and J Jayalalithaa, always stood for social justice.

The meeting was convened by the state government to discuss the next course of action in the wake of the November 8 SC ruling on EWS quota.