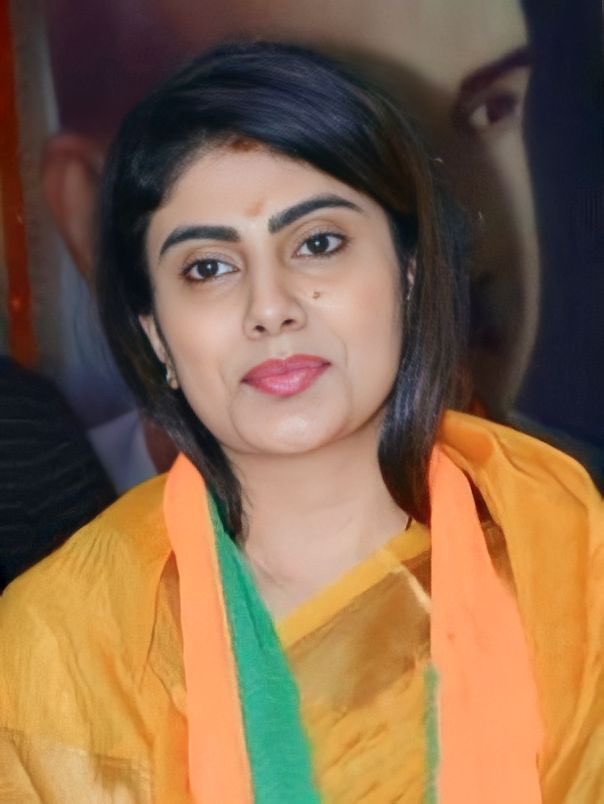 AHMEDABAD: Former Gujarat minister Parshottam Solanki, seven-time MLA Kunwarji Bavaliya, Morbi ‘hero’ Kantilal Amrutiya, Indian cricketer Ravindra Jadeja’s wife Rivaba and Gujarat AAP president Gopal Italia are among the 10 prominent candidates who will be in the fray in the first phase of Assembly elections to be held on December 1.

In the first round, 89 of the total 182 Assembly seats will go to polls and prominent political parties have declared their candidates for almost all these constituencies.

Following are the names of the 10 prominent candidates across main parties – the Bharatiya Janata Party (BJP), the Congress and the Aam Aadmi Party (AAP) – and Assembly seats from where they will be contesting.

1) Kantilal Amrutiya (BJP): When a suspension bridge over a river in Morbi town collapsed two weeks back, Amrutiya, a five-time former BJP MLA who was almost forgotten in political circles, suddenly came into limelight as videos showing him jumping into the water to rescue the victims went viral.

Along with his popularity among the masses, it was this brave act which helped him get ticket for the Morbi Assembly seat from the BJP.

In 2017, he lost to Congress candidate Brijesh Merja, who later joined the BJP and won by-election from Morbi to again enter the Assembly. He is currently serving as a minister in the BJP government.

He was also elected to the Lok Sabha from Rajkot as a Congressman in 2009.

After winning in 2017 from Jasdan on a Congress ticket, Bavaliya tendered his resignation in 2018 and later joined the BJP. He was soon made a minister in then-Vijay Rupani government. He subsequently won the by-poll from the same seat on a BJP ticket.

The Congress has fielded a Koli leader, Bholabhai Gohel, to take on Bavaliya. Gohel had won this seat in 2012 on a Congress ticket. After he was replaced by Babaliya in 2017, Gohel joined the BJP. After Bavaliya jumped ship, Gohel went back to the Congress in 2018.

In 2002 and 2007, Bokhiria was defeated by his arch-rival and former Gujarat Congress president Arjun Modhwadia. Both are face-to-face this time too.

4) Bhagwan Barad (BJP): A day after resigning as the Congress MLA from Talala (Gir Somnath district) and joining the BJP, the 63-year-old politician has been given a ticket by the saffron party from the same seat.

Bhagwan Barad is an influential leader of the Ahir community. He won from the Talala constituency in 2007 and also in 2017. His brother Jashubhai Barad represented the seat in 1998 and 2012.

Talala is one of the four Assembly segments in Gir Somnath district. In the 2017 Assembly elections, the BJP could not open its account in the district as the Congress bagged all the four seats.

5) Parshottam Solanki (BJP): Despite his deteriorating health, the BJP has once again put its trust in Parshottam Solanki, the sitting MLA from Bhavnagar Rural and a former minister. A prominent Koli leader, Solanki is considered a ‘strongman’ in Gujarat.

6) Rivaba Jadeja (BJP): In a surprise move, the BJP has fielded Indian cricketer and Jamnagar native Ravindra Jadeja’s wife Rivaba, who does not have any prior experience of politics or contesting elections, from Jamnagar North. The ruling party has dropped sitting MLA from the seat Dharmendrasinh Jadeja.

7) Paresh Dhanani (Congress): Dhanani, fielded from Amreli, was crowned a ‘giant killer’ after he defeated state BJP stalwart Parshottam Rupala at a young age in 2002.

Though he lost in 2007, he once again captured the Patidar-dominated seat in 2012 and 2017. He has also served as the Leader of Opposition in the Gujarat Assembly.

8) Virji Thummar (Congress): He is the sitting MLA of Lathi (Amreli district) and one of the senior leaders and vocal voices of the opposition party. He was also elected to the Lok Sabha from Amreli on a Congress ticket.

9) Gopal Italia (AAP): This young leader was recently made Gujarat AAP president and has been now fielded from the Patidar-dominated Katargam Assembly seat in Surat city, currently held by the BJP.

Despite strong sentiment prevailing against the BJP in 2017 due to the Patidar quota agitation, the Congress could not snatch this seat from the ruling party.

10) Alpesh Kathiriya (AAP): A former close aide of Hardik Patel, Kathiriya has been given ticket from the Patidar-dominated Varachha Road seat in Surat city, currently represented by ex-minister Kishor Kanani of the BJP.

Kathiriya is facing sedition charges for allegedly inciting people during the Patidar agitation which was spearheaded by Hardik Patel.