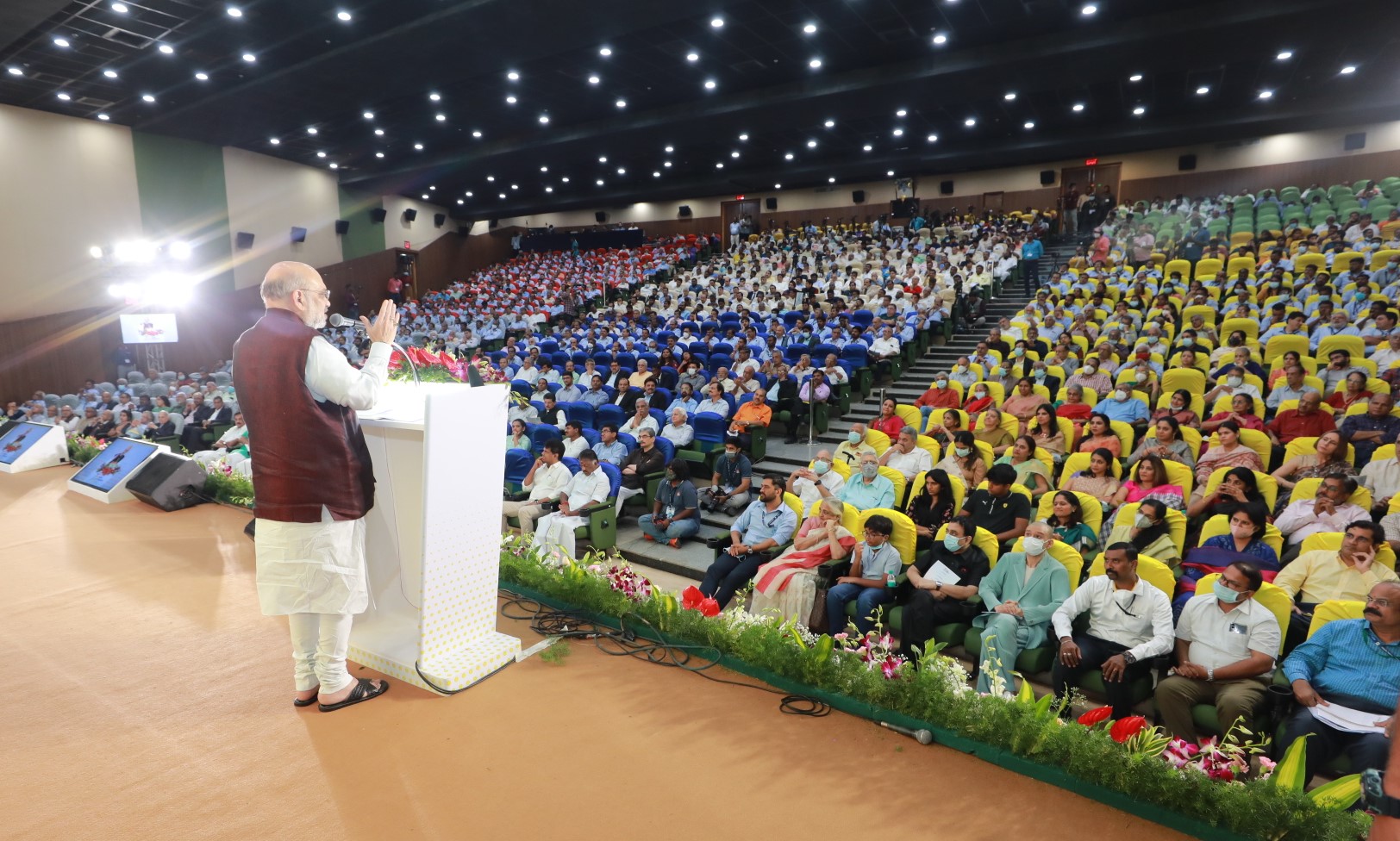 He said welfare schemes announced by the NDA government, including PM Awas Yojana for housing, and Swacch Bharat Abhiyan for construction of toilets and free electricity were driving the growth.

Attended the Platinum Jubilee celebrations of India Cements Ltd in Chennai today. India cement has played a crucial role in India’s growth under the leadership of N. Srinivasan Ji. Congratulated the entire team and also released a special postal stamp on this occasion. pic.twitter.com/xpWWj990Ye

Shah was speaking during the 75th platinum jubilee celebrations of N Srinivasan-helmed The India Cements Ltd here. Hailing the contribution of the cement-maker to the country, Shah said development of the country was based on its infrastructure and robust infrastructure is based on the quality of the cement used. “India Cements has become one of the top cement companies in the country. It has also forayed into shipping, mining, infrastructure, sports and so on… ” he said. Shah noted that the company produces 15.5 million tonne of cement through its 10 manufacturing facilities across the country.

“In the last eight years, the country has seen fast-paced economic growth. By 2025, India will become a USD 5-trillion economy, ” he said.

To mark the occasion, Shah released a stamp to mark the 75th platinum jubilee celebrations of India Cements. Vice-chairman and managing director of the company Srinivasan was present.