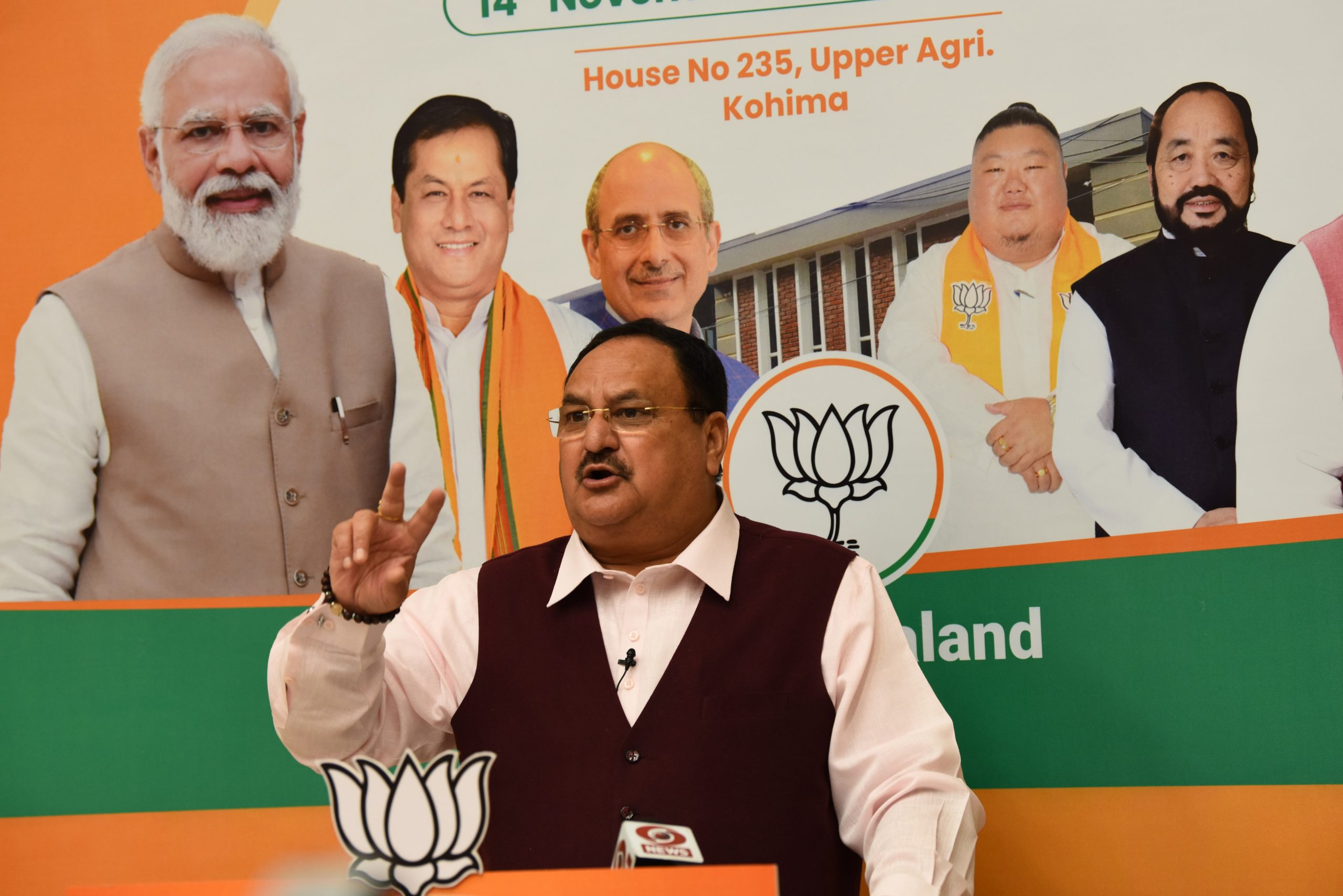 NEW DELHI: BJP president JP Nadda on Monday said there was a time when leaders used to forget their promises after elections, but Prime Minister Narendra Modi has brought into existence “politics of report card”.

Inaugurating the BJP’s Nagaland state unit office online, Nadda said this is the 237th office out of the 512 party offices planned across the country.

It is an office with all the modern facilities for BJP Karyakartas & will work as a destination to impart formal & informal learning which will enable us to serve the people with utmost dedication. pic.twitter.com/5cVHyUca9r

“I am glad to state that 153 BJP offices at district level are under construction. We have come a long way in strengthening the party,” Nadda said.

Talking about various initiatives taken by the Modi government for the northeastern region, the BJP president said, “The outcomes of numerous peace accords made by our government are visible as the AFSPA (Armed Forces Special Powers Act) has been removed from 66 per cent of the total region of the northeast.”

Speaking on Modi’s leadership, Nadda said the prime minister has changed the political culture of the country.

“There was a time when leaders used to forget their promises post-elections. But Modi ji gave a govt which is proactive, responsive and responsible, bringing into existence the ‘politics of report card,” Nadda said.

Asserting that the BJP is not only a political party, but an organisation working for social causes, Nadda said the party never changed its ideology unlike other political parties of the country.

“Crores of BJP workers served countless needy people during the COVID times. BJP workers from Nagaland also remained in the forefront for providing their services,” he said.

“These Sankaras inspire us to work for people with utmost dedication,” Nadda said adding it was his honour to inaugurate one of the biggest party offices in the northeast.