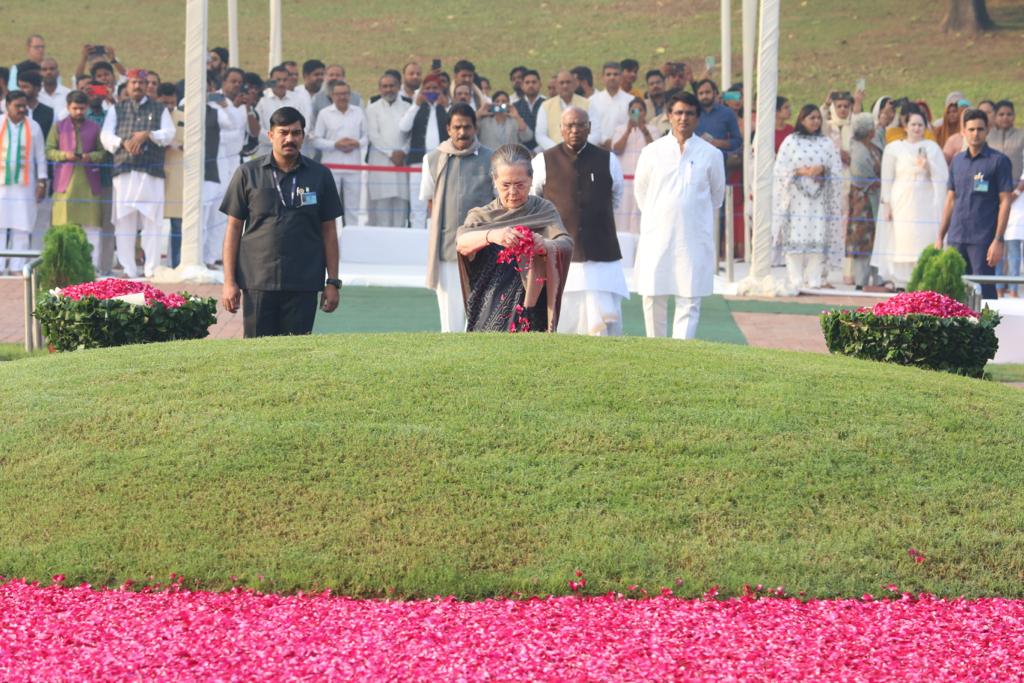 NEW DELHI/ SRINAGAR: The BJP and the Congress clashed on Monday on Jawaharlal Nehru’s Kashmir policy over which two union ministers slammed the country’s first prime minister’s decision to take the matter to the United Nations as a “folly” and “monumental blunder”.

First PM of India, Pt. Nehru was a social democrat who coveted a welfare state. He was a humanist-secularist who sought national development on all fronts including agriculture & science. Today on his birth anniversary, we celebrate his endearing legacy. pic.twitter.com/3oNms9l4aI

As the Congress paid rich tributes to Nehru on his 133rd birth anniversary, party leaders said there are “motivated attempts” to malign him and that union ministers are “abusing Pandit ji every day.” The Congress also said 21st century India cannot be imagined without Nehru’s tremendous contribution and that his relevance has only increased after 2014. The BJP had swept to power at the Centre in 2014.

On his birth anniversary, tributes to our former PM Pandit Jawaharlal Nehru Ji. We also recall his contribution to our nation.

Prime Minister Narendra Modi paid tributes to Nehru, saying, “We also recall his contribution to our nation.” Law Minister Kiren Rijiju mounted a fresh attack on Nehru over his handling of the Kashmir issue, claiming that he moved the UN under the wrong Article after Pakistan’s invasion, thereby making it a party to the dispute instead of an aggressor.

Rijiju also said Nehru let the “myth” of a UN-mandated plebiscite perpetuate and created the “divisive” Article 370 of the Constitution.

“Nehru rejected Maharaja Hari Singh’s plea to accede to India not just once but thrice,” he wrote on Twitter.

He also hit out at Hari Singh’s son Karan Singh, saying he presented a “sanitised history, resorted to poor wordplay, and, that too, in a roundabout way to somehow extricate Nehru” on the then prime minister delaying the accession of Kashmir.

The law minister made these remarks in an opinion piece for the News 18 portal, which he shared on his Twitter handle.

“Nehru was aware even in June 1947 that all that Hari Singh wanted was to join the Indian dominion. Nehru stated as much in his note to Mountbatten (the last viceroy of India),” Rijiju, the BJP MP from Arunachal Pradesh, wrote.

He said it was time for the citizens of the country to rebuff attempts to falsify history and stand true to the people of Jammu, Kashmir and Ladakh.

“The people of this region, along with the rest of India, deserve to know the truth of what actually happened during those tumultuous months and years,” the minister wrote.

Another union minister Hardeep Singh Puri said the decision of Nehru to take the Kashmir issue to a multilateral forum was a “monumental blunder”.

“Why was the (Kashmir) issue taken to international or multinational fora. My information has been that then Maharaja Hari Singh was happy to sign the instrument of accession. That’s what I have read as a student of history.

“But the political leadership in Delhi was saying they wanted it (accession) to be more broad based and therefore they wanted a plebiscite. So they wanted to take it to a multilateral forum. You cannot have a higher folly than that. I am using word folly very mildly,” Puri told reporters in Srinagar.

Puri said this when asked if he agreed with the views of Rijiju on Nehru’s Kashmir policy.

“Was it an error of judgment? You can say the man made a mistake but you cannot justify it. The historical facts are staring at you in the face that making the reference (to multinational fora) and calling for a plebiscite is not just a folly, I think it is a monumental blunder. So I agree with my dear friend and colleague Kiren Rijiju entirely.” The minister said it was because of the mistake made by Nehru that Pakistan was able to foment trouble in Jammu and Kashmir.

“I think Modi ji created a portfolio, a department for abusing national leaders. Ministers are given that responsibility, everyday their duty is to abuse national leaders like Gandhi ji, Pandit ji, Indira ji and Rajiv ji,” he said at the Nehru Memorial lecture event in the national capital.

Congress general secretary Jairam Ramesh noted that the Bharat Jodo Yatra is in Hingoli district in Maharashtra and coincidentally a book on Nehru in Marathi has just come out in addition to the one in English and Hindi.

“(Mo)Distorians will continue to distort, defame and denigrate but Nehru continues to inspire and his relevance has only increased after 2014,” Ramesh said on Twitter.