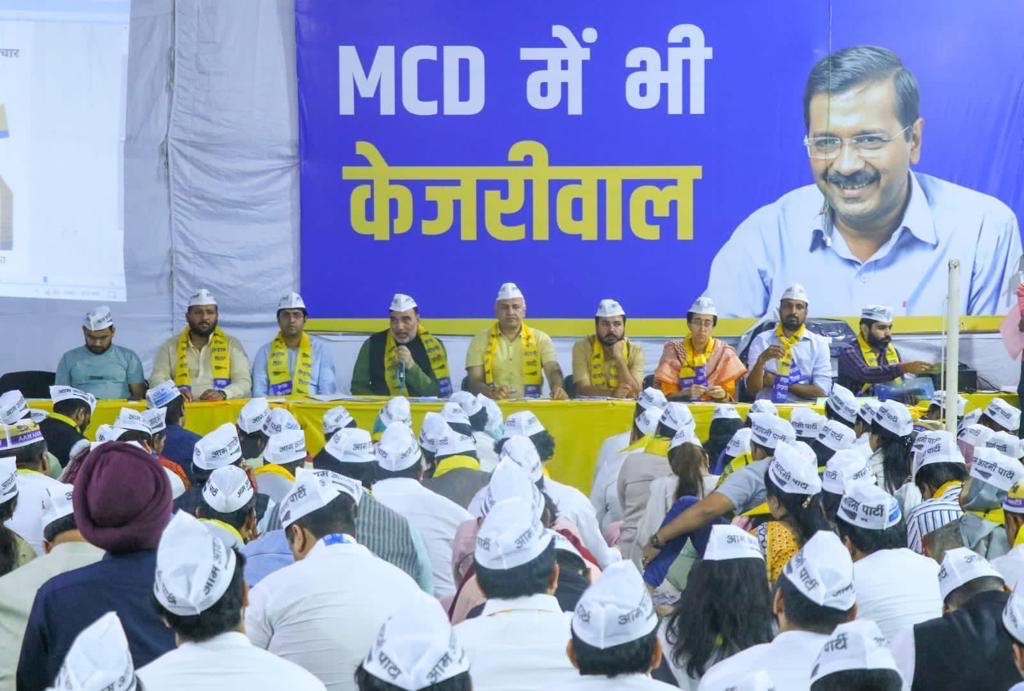 NEW DELHI: The Aam Aadmi Party (AAP) on Monday instructed its MCD poll candidates to hold padyatras and door-to-door campaigns to reach out to voters ahead of the elections, party officials said.

The directions were issued at a meeting of the party’s 250 candidates that was presided over by Delhi Deputy Chief Minister Manish Sisodia. Delhi Environment Minister Gopal Rai and AAP leaders Atishi and Durgesh Pathak also attended the meeting.

At the meeting, the campaign strategy for the Municipal Corporation of Delhi elections and ways to put it into action were discussed, the officials said.

Candidates were asked to hold padyatras, door-to-door campaigns and public meetings at the booth level. They were also directed to personally monitor preparations and reach out to the public, they said.

“You have to conduct a dress rehearsal for a padyatra in advance. Every step should be well coordinated. You should hold four-five public meetings every day,” Sisodia told the candidates.

Rai, who is also the convenor of the AAP’s Delhi unit, said all candidates have to listen to and understand the problems of the public by connecting with them at the grassroots level.

“You have to remember that this is not my election or yours but the election of the people of Delhi. We have to give due respect to their needs and work to fulfil them. All the candidates have to deploy as many people as possible at all the booths in their area. The larger the number, the better the preparation,” he said.

The MCD polls will be held on December 4. The counting of votes will take place on December 7.