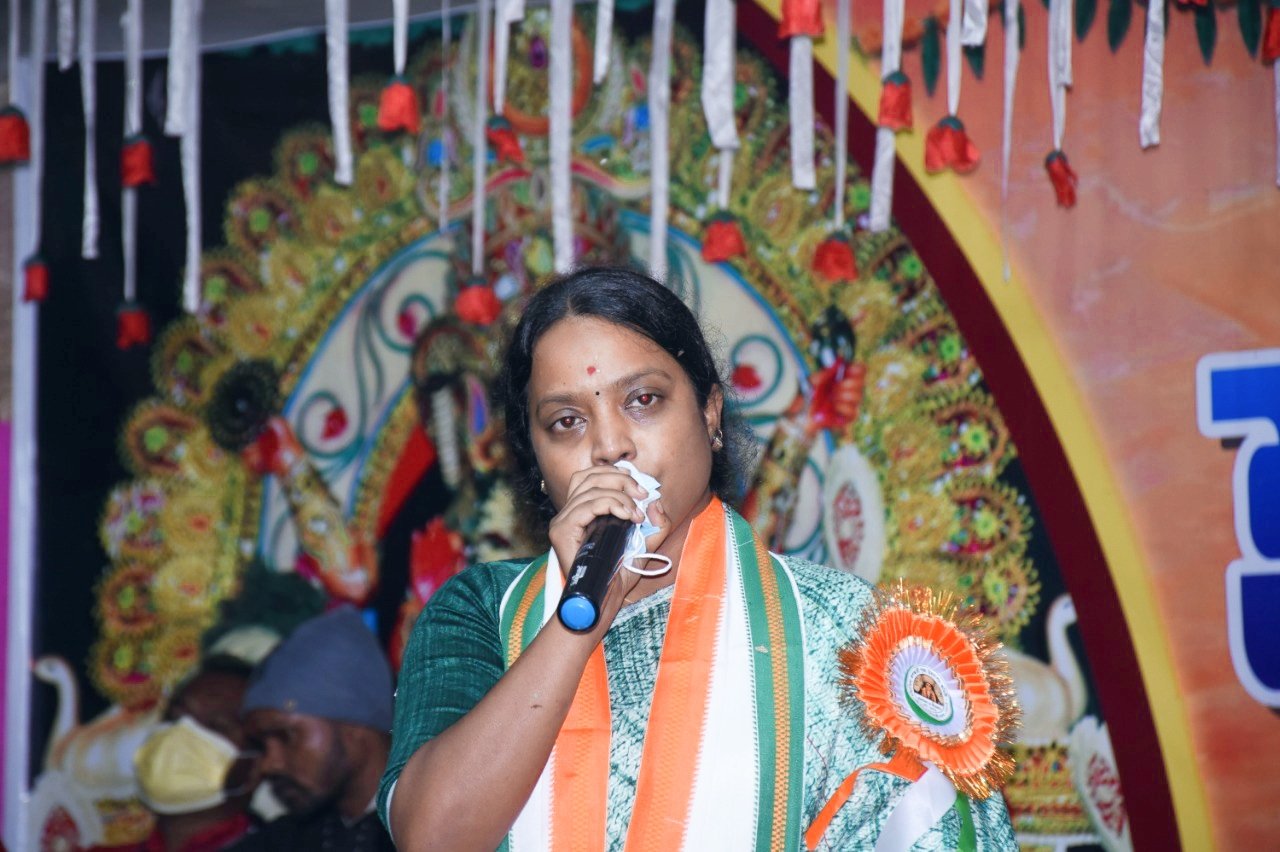 ‘Chief Minister Mamata Banerjee apologized for the remarks made by minister Akhil Giri. The TMC condemned the statements made by Giri. What about derogatory comments made by Suvendu Adhikari against Birbaha Hansda? Will Prime Minister Narendra Modi, Union Home Minister Amit Saha or BJP president J P Nadda ever apologize for Suvendu’s horrendous statement against Birbaha Hansda? Can they walk the talk like Mamata Banerjee?” he said.

He has used the most unparliamentary language for MLA @Birbaha_Hansda, who is a daughter of the soil, a proud adivasi.

Any sermon on respect for women from @BJP4India leaders is a cruel joke. pic.twitter.com/TY8uhmtj3J

The TMC on Monday released a video where the leader of the opposition, Suvendu Adhikari, was purportedly heard making remarks against state minister from the ST community Birbaha Hansda.

PTI could not independently verify the authenticity of the video.

In the 11-second video clip shared by the TMC on its Twitter handle, Adhikari was purportedly heard telling a group of people, ”Those who are sitting there are kids. This Debnath Hansda and Birbaha Hansda are all kids; their place is beneath my shoe.” However, Adhikari, when approached by a TV channel, denied making any such comment.

Giri, the minister of state for correctional homes, faced flak recently for his remarks on the looks of President Droupadi Murmu. After a video clip of his comments went viral, he apologized for it.

Talking about the occasional claims by BJP leadership of unprecedented political developments in the state in December, the senior TMC leader said that Adhikari might not be left with 30 MLAs by the end of the year.

”I want to tell him that he won’t be left with even 30 MLAs by December. However, we don’t break parties. Had we one that, BJP’s game would have been long over,” he said.

December has assumed significance in Bengal’s political landscape over the past few months with several BJP leaders, including Leader of Opposition Suvendu Adhikari, stating on occasions that the TMC would cease to exist when the year draws to a close.

The BJP won 77 seats in the assembly polls in 2021. Five BJP MLAs later switched over to TMC. However, the legislators are yet to resign as MLAs.

Meanwhile, reacting to the TMC MP’s comments, the BJP said they prove that the party stands by Giri’s conduct.

”The TMC is trying to divert attention from the issue of Akhil Giri. The comment of Suvendu Adhikari and that of Giri cannot be compared,” BJP spokesperson Samik Bhattacharya said.