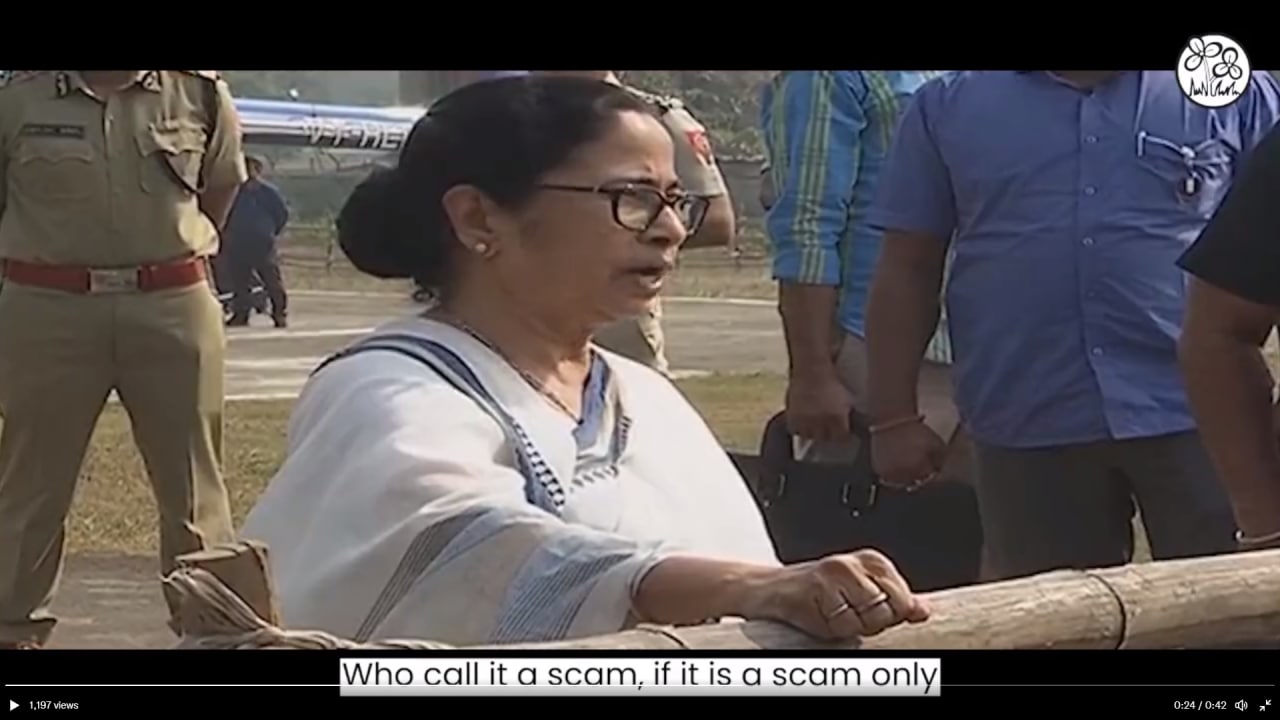 JHARGRAM: West Bengal Chief Minister Mamata Banerjee on Wednesday alleged that the central agencies are prompt in taking action against Opposition leaders but refrain from doing so when those from the BJP are involved in corruption.

Her comments were in an apparent reference to BJP national vice president Dilip Ghosh, whose flat deed was recovered from the residence of Prasanna Roy, one of the SSC scam accused.

Why wasn't the National VP of BJP, @DilipGhoshBJP arrested by the CBI even after his land deed was recovered from the house of the accused middleman Prasanna Roy?

Is CBI's pick-and-choose strategy out in the open? pic.twitter.com/27E9eYq3W0

“Partha Chatterjee was arrested after documents in his name were found in the residence of Arpita Mukherjee. That was right. Law will take its course.

“But why is the BJP leader, whose flat deed was seized from the residence of one of the accused, not arrested? It seems the central agencies are swift in taking action against Opposition leaders but they are not so prompt when it comes to BJP leaders,” she said while leaving for Kolkata after her two-day visit to Jhargram.

A copy of the deed of a flat owned by Ghosh was found during a CBI raid on Roy’s residence.

The BJP, leader, however, said he has not committed any wrong and is ready for probe.

“Prasanna Roy and I live in the same housing society. He was heading the society’s welfare committee. I had given him a copy of the flat deed as it was needed for changing the name of the electricity connection.

“I have made an income tax declaration and bought the flat after taking a bank loan. The TMC is trying to create an issue,” Ghosh said.

The former state BJP president said he is ready for any probe by central or state agencies.

“Let the state government probe it. I have committed no wrong,” he said.

One of his close aides, Arpita Mukherjee, was also arrested by the ED after crores of rupees in cash were seized from her residences in Kolkata.