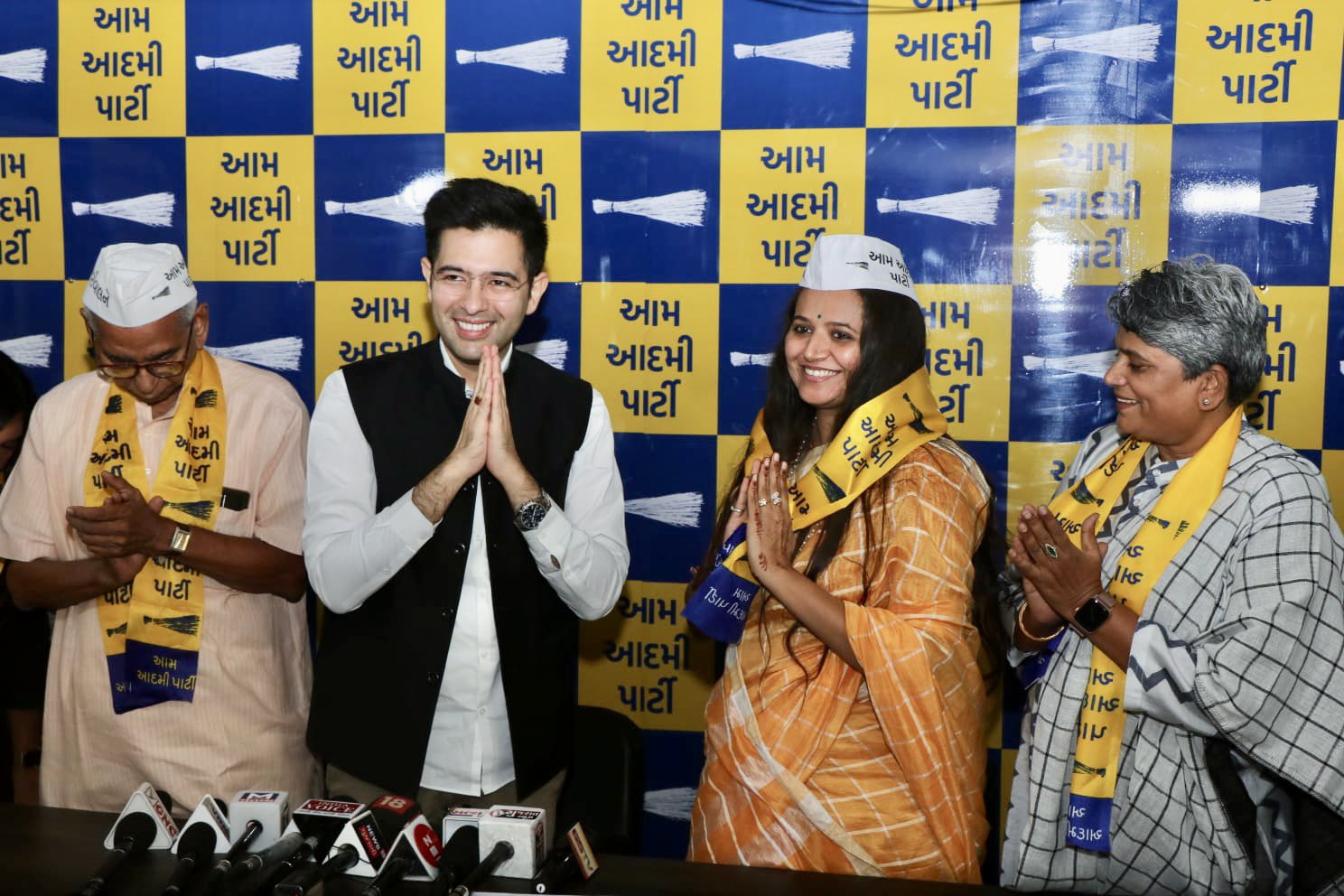 AHMEDABAD: Former quota agitation leader Reshma Patel joined the Aam Aadmi Party on Wednesday, a day after resigning from the Nationalist Congress Party apparently over the denial of ticket for the upcoming Gujarat Assembly polls.

Elections for the 182-member Gujarat Assembly will be held in two phases on December 1 and 5 and the counting of votes will take place on December 8.

AAP’s Rajya Sabha member and Gujarat co-incharge Raghav Chadha inducted Patel into the party at its state office here and noted that she was a prominent face of the committee that organised the agitation for Patidar quota in Gujarat in 2015.

”I am sure that a personality like hers will greatly benefit the AAP and make its Gujarat unit very strong. It is for the AAP’s political affairs committee to decide which candidate will contest from where. Patel’s induction into the AAP will not just make an impact on one seat, in one district, but in the whole of Gujarat,” Chadha told reporters.

Patel said she has always raised the voice for the poor and oppressed people and now wants to dedicate her energy and time to ”a party with which the future of the people of Gujarat lies.” ”(AAP’s national convener) Arvind Kejriwal has himself come out of a movement. It means he can understand the feelings of the agitators, and that is why today I have joined the AAP. I am sure that under the leadership of Kejriwal and with the dedication of the AAP workers, I will be able to increase my strength and work for the people,” she said. The NCP and the Congress recently announced their pre-poll alliance under which the Sharad Pawar-led party will contest three seats in the upcoming Gujarat Assembly elections — Umreth (Anand district, Naroda (in Ahmedabad), and Devgarh Baria (in Dahod district).

Patel, who was head of the Gujarat NCP women’s wing, sought to contest from Gondal seat in Rajkot district where she was active and had even said she would file her nomination, a day before the alliance was announced.

She had emerged as a leading member of the Hardik Patel-led quota agitation body –Patidar Anamat Andolan Samiti (PAAS) — which spearheaded the quota agitation movement for the community in 2015.

Before the last Gujarat Assembly elections in December 2017, she joined the ruling Bharatiya Janata Party (BJP), but quit in 2019 and later joined the NCP.

While joining the BJP, she had accused Hardik Patel of being a ”Congress agent” who was trying to use the agitation to overthrow the BJP government. Hardik Patel later joined the BJP. This time, has been given the ticket by the party from Viramgam seat in Ahmedabad district.