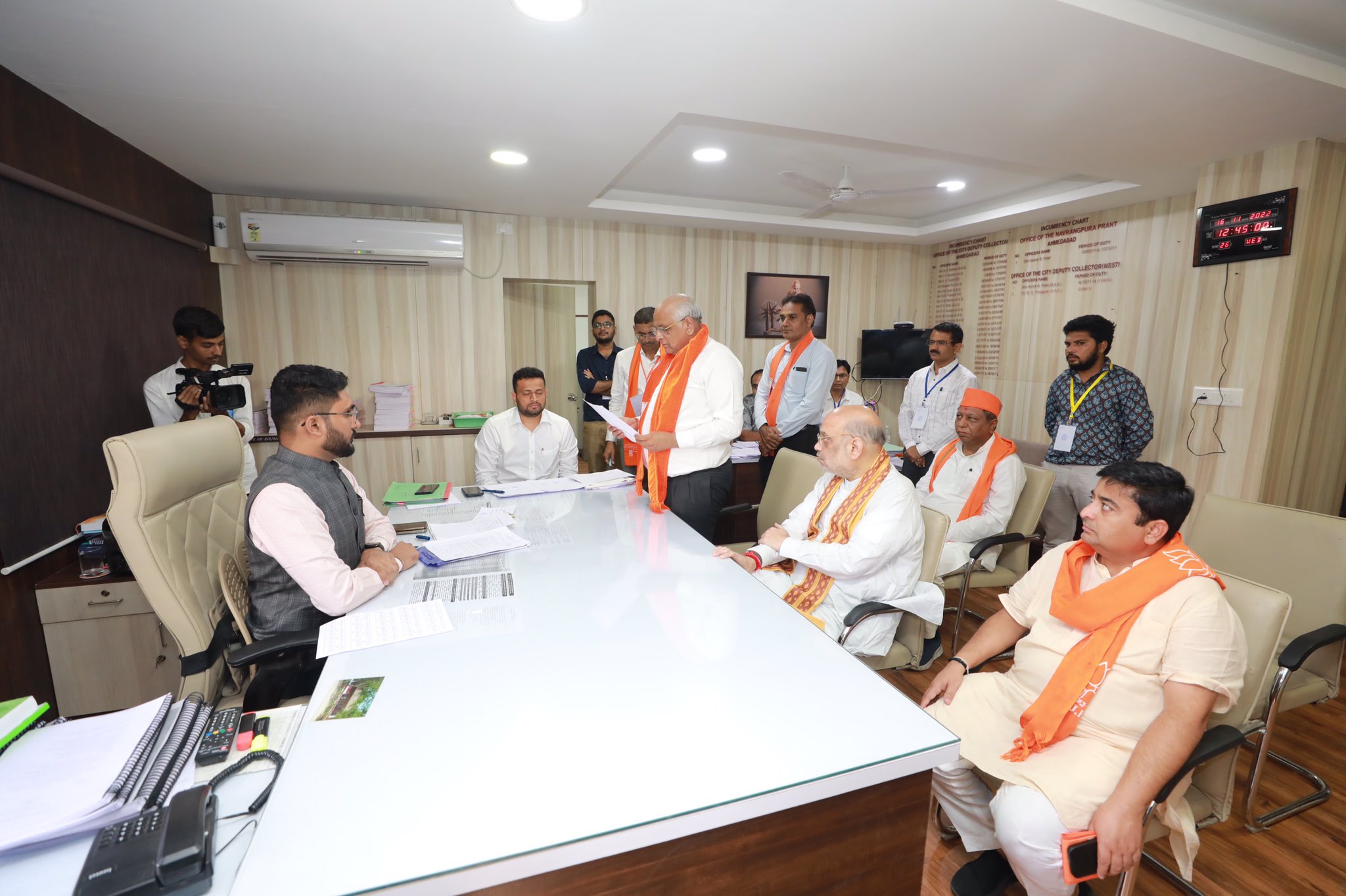 With the latest names, the BJP has declared candidates for 181 of the total 182 constituencies that will vote in two phases on December 1 (89 seats) and December 5 (93 seats). Manjalpur in Vadodara is the only segment for which a candidate is yet to be announced by the ruling party.

The three seats for which the names of nominees were declared on Wednesday are Kheralu, Mansa, and Garbada. For Kheralu in Mehsana district, BJP has dropped its sitting MLA Ajmalji Thakor and instead given a ticket to Sardarsinh Chaudhary.

The candidates for the Mansa seat in Gandhinagar district and Garbada (Scheduled Tribe) segment in Dahod district are Jayanti aka JS Patel and Mahendra Bhabhor, respectively. Except for Kheralu, two other seats are currently held by Congress.

Kheralu has been a BJP bastion since 2002. After four-time MLA Bharatsinh Dabhi was elected as Lok Sabha MP of Patan in 2019, BJP’s Ajmalji Thakor became the MLA from Kheralu after winning the bypoll. Now, he has been replaced by Sardarsinh Chaudhary.

The opposition Congress won the Mansa constituency in 2012 and 2017. In the previous polls, Congress’ Suresh Patel had defeated BJP’s Amit Chaudhary, who won on a Congress ticket in 2012 but switched sides ahead of the 2017 polls.

Instead of Chaudhary, who was hopeful of getting a second chance, the BJP has fielded JS Patel. This time, the Congress has dropped sitting Mansa MLA Suresh Patel and nominated Babusinh Thakor. Mansa town is the native of union home minister Amit Shah.

Garbada constituency will see a direct contest between BJP’s Bhabhor and sitting Congress MLA Chandrikaben Bariya, who has been representing the seat since 2012.