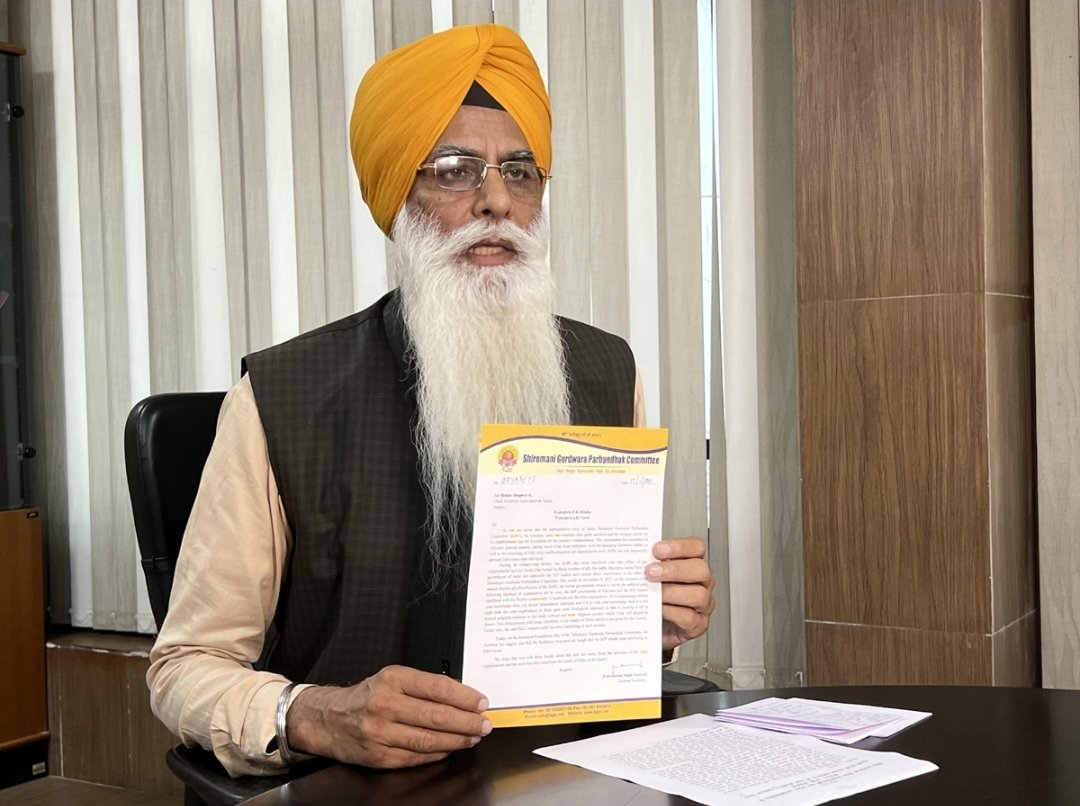 AMRITSAR: The Shiromani Gurdwara Parbandhak Committee (SGPC) on Tuesday demanded that the RSS and the BJP stop their “unnecessary interference” in Sikh affairs.

In a letter written to RSS chief Mohan Bhagwat on the foundation day of the apex gurdwara body, its general secretary Gurcharan Singh Grewal said the SGPC came into existence after great sacrifices and the struggle launched for its establishment laid the foundation for the country’s independence.

“But sadly, the BJP ruled Central government and BJP leaders are interfering directly to complicate SGPC affairs. An example of this interference came to fore during the annual election of office-bearers of the SGPC on November 9,” alleged Grewal.

The Rashtriya Swayamsevak Sangh (RSS) is the ideological fountainhead of the Bharatiya Janata Party (BJP).

The SGPC and Shiromani Akali Dal had earlier accused National Commission for Minorities Chairman Iqbal Singh Lalpura of interfering in the religious affairs of the Sikh community by trying to “break” the gurdwara body.

The SAD had accused Lalpura of seeking support for now expelled leader Bibi Jagir Kaur for the SGPC presidential poll which took place on November 9.

Grewal said the SGPC has completed its 102-year glorious journey, during which it has done exemplary work for managing gurdwaras, as well as preaching of Sikh faith, health, education, and humanitarian work.

The SGPC has also responsibly pursued Sikh issues time and again, he said.

“If it (interference) is happening without your knowledge, then you should immediately intervene and if it is (happening) with your knowledge, then it is the right time for your organisation (RSS) to think upon your ideological approach as this is creating a rift in the mutual religious relations in this multi-cultural and multi-religious society, which I fear will deepen in future,” Grewal wrote to Bhagwat.

“This phenomenon will create instability in the minds of Sikhs which is not good for the country,” said.

The path on which the RSS and the BJP are walking, the anti-Sikh Congress used to interfere in such a manner, he said.

“Today, on the historical foundation day of the SGPC, we suggest that the RSS and the BJP should stop interfering in Sikh issues. We hope that you will think deeply about this and stay away from the activities of the Sikh organisations and the activities that complicate the issues of Sikhs in the future,” wrote Grewal.