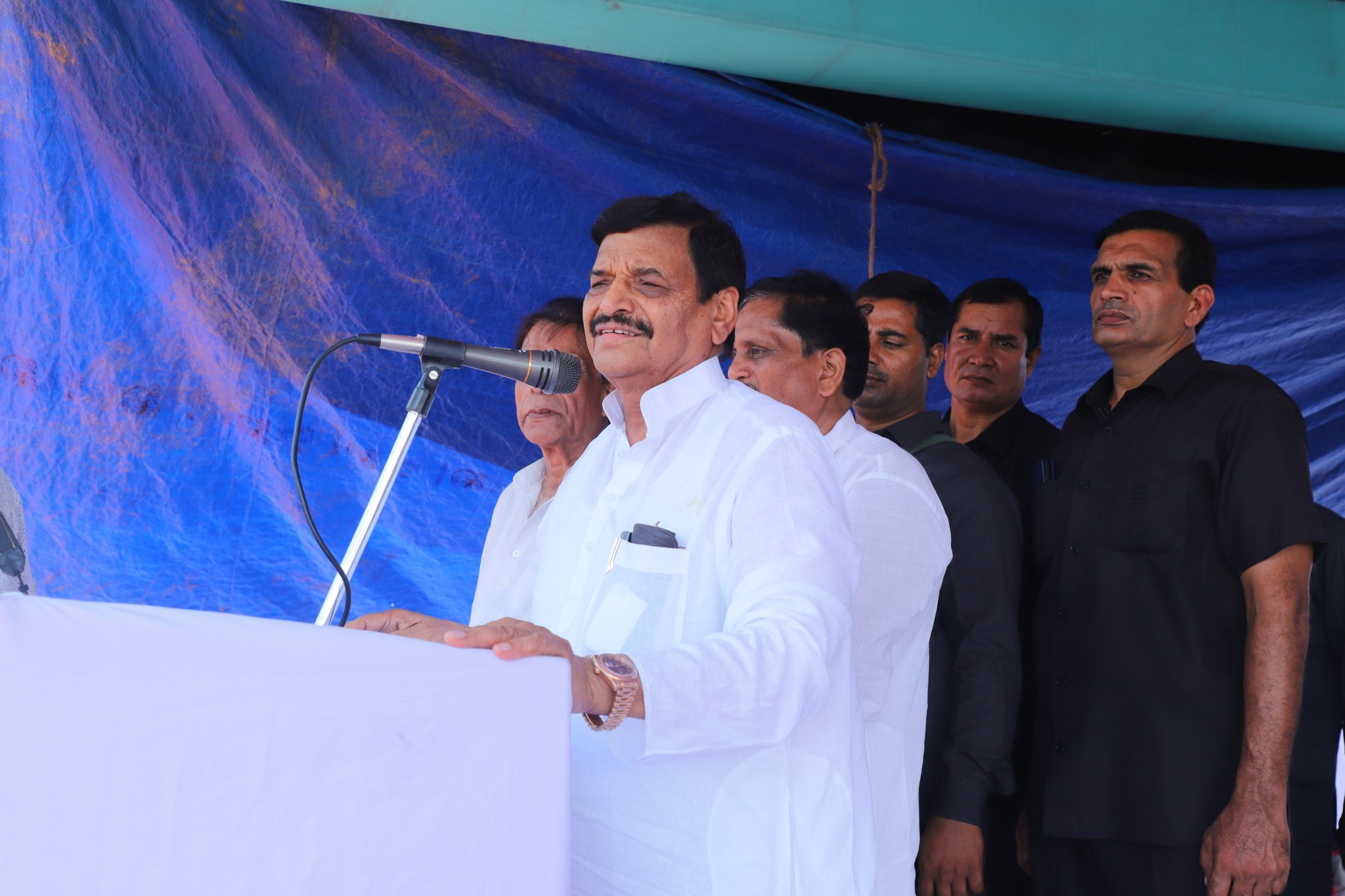 His appeal comes a day after BJP candidate for the seat Raghuraj Singh Shakya said he would seek the blessings of his ”political guru” Shivpal Singh Yadav for the December 5 by-election.

The Mainpuri bypoll was necessitated due to the death of Samajwadi Party (SP) patriarch Mulayam Singh Yadav. The SP has announced Shivpal Singh Yadav as one of its campaigners.

The PSPL chief on Wednesday convened an over two-hour-long meeting of his party’s senior leaders, officer bearers, block presidents and booth presidents at Saifai.

He told his party workers that Mulayam Singh Yadav had an emotional bond with the constituency and it would be a true tribute to ‘netaji’ if the SP won the seat vacated by him, a leader who attended the meeting said.

”The SP has fielded netaji’s daughter-in-law Dimple Yadav from the Mainpuri Lok Sabha seat. Dimple is also the elder daughter-in-law of our family. Campaign for her and work to ensure her victory with a huge margin,” Shivpal Yadav was quoted as saying by a party worker.

Those attending the meeting assured him of adhering to his decision, party workers said.

The Samajwadi party considers Shivpal Singh Yadav’s role in the bypoll as important as his Jaswantnagar assembly constituency is part of the Mainpuri Lok Sabha constituency. He also maintains close ties with the people of Mainpuri.

At times when Mulayam Singh Yadav was unable to attend programmes there, Shivpal Yadav would fill in for him. Mainpuri has long been a pocket borough of the Yadav family.

Shivpal Yadav’s appeal to campaign for the SP candidate assumes significance as the BJP nominee for the seat was once considered close to him.

Shakya was once a close associate of Shivpal Yadav but quit his PSPL to join the BJP earlier this year. He was earlier in the Samajwadi Party (SP) and sided with Shivpal Yadav after he formed his own party.

Counting of votes after the bypoll will be taken up on December 8.

Both Shivpal Singh Yadav and his son Aditya Yadav were not present when Dimple Yadav filed her nomination papers on Monday.