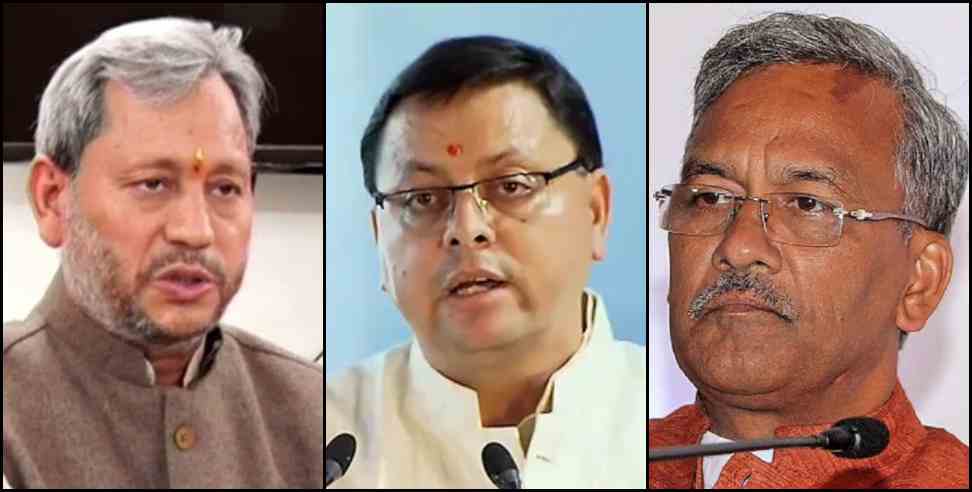 NEW DELHI: Recent statements of two former Uttarakhand chief ministers from the BJP on the issue of corruption have not gone down well with the party leadership, which believes they should voice their opinions on organisational platforms and not in public, sources said.

BJP MP Tirath Singh Rawat, who was the state’s chief minister briefly before being replaced by Pushkar Singh Dhami in the run to the 2021 assembly polls, had recently raised many eyebrows with his reported comments that no work could be done in the state without paying commission.

An undated video of him making the purported comments had surfaced. Though he was heard saying that no one in particular can be held responsible for this, his remarks embarrassed the party as it is in power in the state.

”Commissionkhori (bribe) was a practice prevalent in Uttar Pradesh and unfortunately, it continues in Uttarakhand,” he said. Uttarakhand was a part of Uttar Pradesh before it became a separate state.

Taking cognisance of their comments, party sources said the central leadership has discussed the issue with state president Mahendra Bhatt. Bhatt has been asked to convey to them that being senior party leaders, they should not be making any comment in public that can dent the BJP’s image. If they feel strongly about any issue, they can raise it in the party’s platforms, the sources said.

The comments by the two Rawats, though, are also being seen as a reflection on internal differences within the party’s rank of senior leaders in the state.