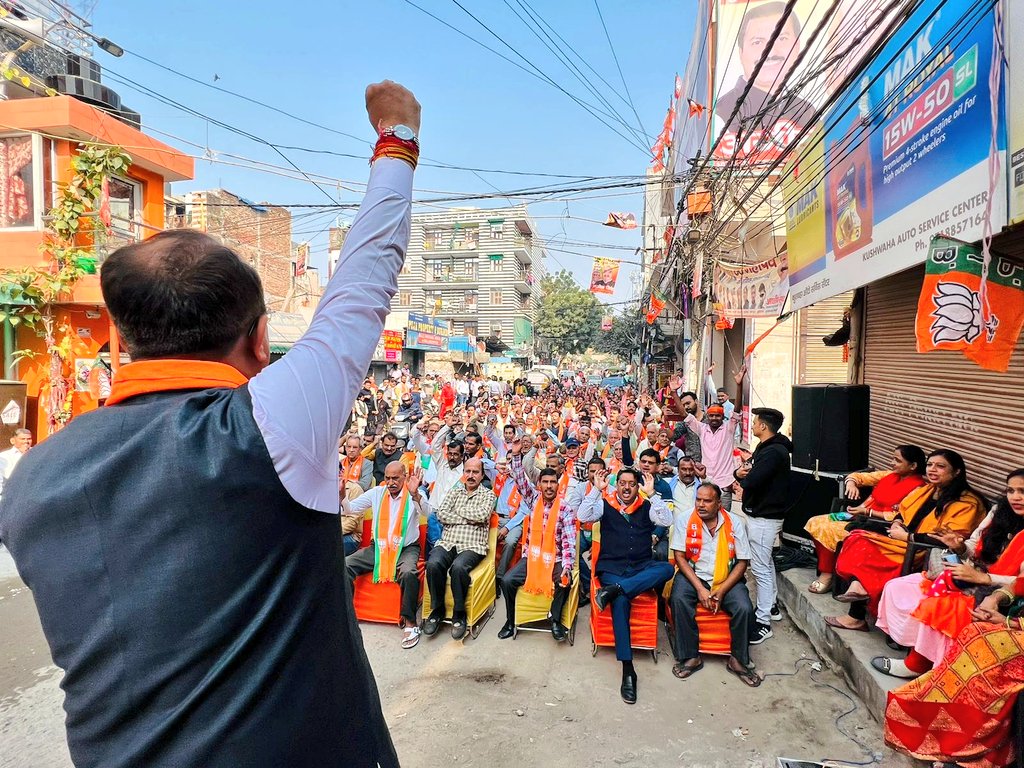 NEW DELHI: Reaching out to the backward Pasmanda Muslims, the BJP has fielded four candidates, including three women, from the community in the upcoming Delhi civic body polls. These contenders include a social activist, a would-be lawyer and a scrap dealer.

The Pasmanda community has 41 ‘castes’, including Ansari, Qureshi, Mansoori, Salmani and Siddiqui. They are in professions such as butchers and weavers, and considered most backward in social, economic and political terms.

Talking to PTI, the BJP candidates say they are getting good response from people in their respective wards. The saffron party has fielded Irfan Maliq from Chandni Mahal, Samina Raja from Quraish Nagar, Saba Ghazi from Chauhan Bangar, and Shabnam Maliq from Mustfabad wards of the Municipal Corporation of Delhi (MCD).

”The mentality of Muslims is changing with time. People are now focused on delivery of services and how can they get benefits from the government rather than sticking to the Hindu-Muslim cliche,” Samina says when asked how she was convincing people to vote for her party.

Samina, whose family has been associated with the Delhi BJP, says she had worked as a social worker as well as an office-bearer of the BJP’s Mahila Morcha. The Quraish Nagar ward has around 28,000 Muslim voters, out of which 10,000-15,000 are Pasmanda Muslims and 15,000-17,000 are Hindus, she says.

The Bharatiya Janata Party (BJP) had fielded seven Muslim candidates in the 2017 civic polls. Delhi BJP spokesperson Yasir Gilani says although less number of Muslims have been fielded by the party, ”our focus is to prove that the BJP can get votes of the minority community and win on seats dominated by them”.

Underlining the BJP’s motto of “sabka saath, sabka vikas”, Prime Minister Narendra Modi had in July advised party workers to reach out to deprived and downtrodden sections among the minorities also. The party had also recently promoted a Gujjar from Pasmanda community in Jammu and Kashmir — Ghulam Ali Khatana — to the Rajya Sabha.

Chandni Mahal BJP candidate Irfan Maliq, a scrap dealer, says the party slogan of ”sabka sath sabka vikas” is now also having an impact on Muslims. ”I have been associated with the BJP’s minority morcha for the last 10 years. In my ward, the people, including 95 per cent Muslims, are grabbling with the problem of drinking water. People are falling sick, loosing their teeth and hair, and facing other problems due to the use of deep borewell water,” he tells PTI.

Party candidate Shabnam Maliq notes that it is time to remove the misgivings of the Muslims about the BJP. ”I meet people from my community everyday and as a BJP candidate, I do not feel any negative vibes from them,” the social worker says, adding that she has pinned her hope of victory on the dominance of Pasmanda Muslims in Mustafabad area. Echoeing similar sentiments, BJP candidate Saba Ghazi says people are now seeing how the Modi government has benefited them.

”People look at their immediate problems. So, they can see for themselves how the Modi government has benefited them and what other parties have done for them,” Saba, who has studied law, adds. The elections for 250 wards of Municipal Corporation of Delhi will be held on December 4 and the results will be announced on December 7.