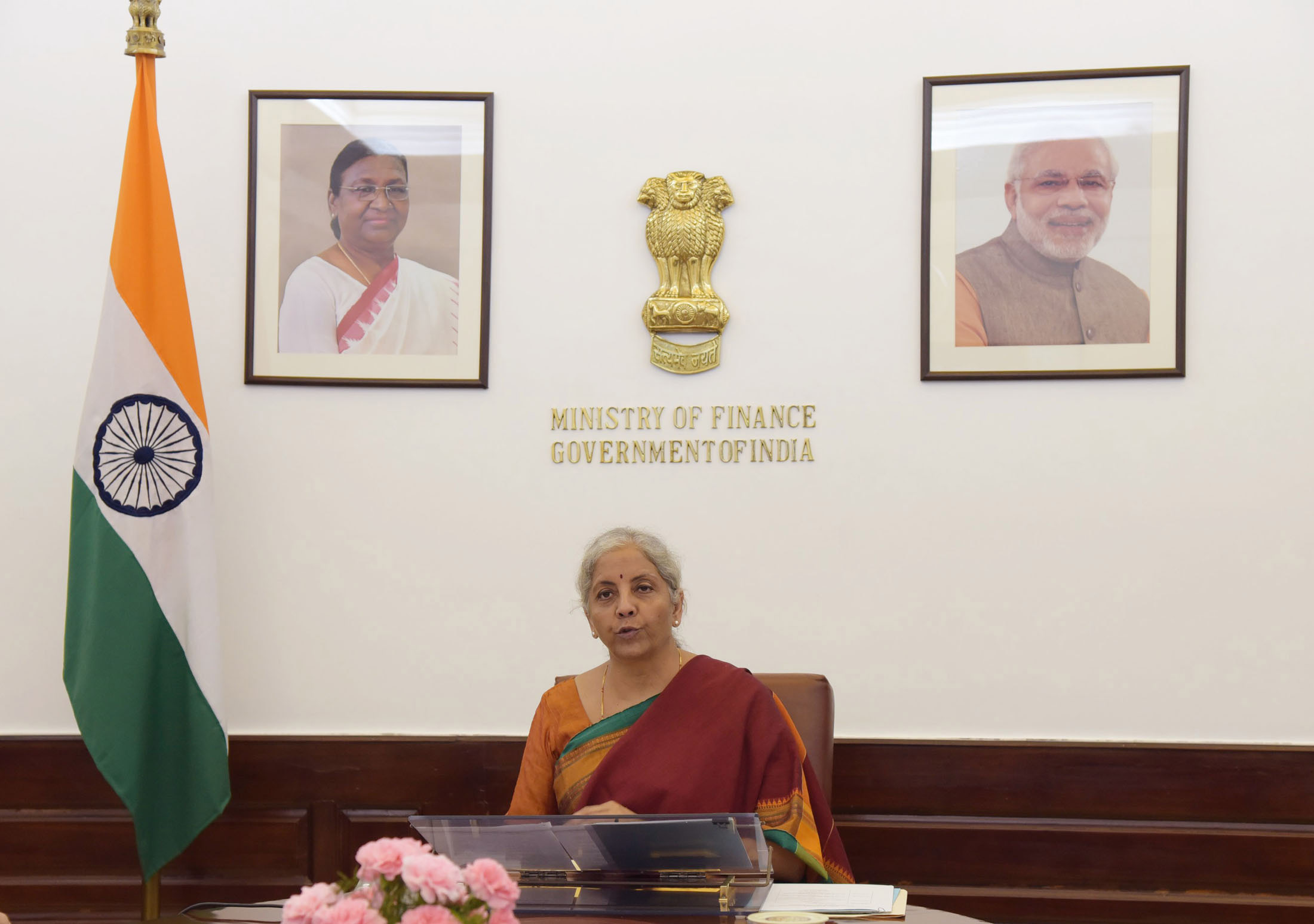 The Union Minister for Finance and Corporate Affairs, Smt. Nirmala Sitharaman addressing at the inauguration of Competition Commission of India (CCIs) Regional Office (West), in Mumbai virtually from New Delhi on October 06, 2022.

The minister would hold virtual meetings on November 21 in three groups with industry chambers, infrastructure sector and environment experts seeking suggestions for the 2023-24 Budget making from stakeholders.

She will also be meeting the representatives of services sector and trade bodies, besides experts from social sector, including health, education, water and sanitation, on November 24.

The pre-budget meetings with the trade union representatives and economists are scheduled for November 28.

The participants will give suggestions on the 2023-24 Budget which will be presented in Parliament by the Finance Minister on February 1.

Sources said climate change would be one of the priority areas in 2023-24 Budget making as India has pledged to become net zero emitter of carbon by 2070.

The budget for the next year will have to address critical issues of high inflation, boosting demand, job creation and putting the economy on a sustained 8 per cent-plus growth path.

It will be the fifth budget of the Modi 2.0 government and Sitharaman, and the last full budget before the general elections slated in April-May 2024.