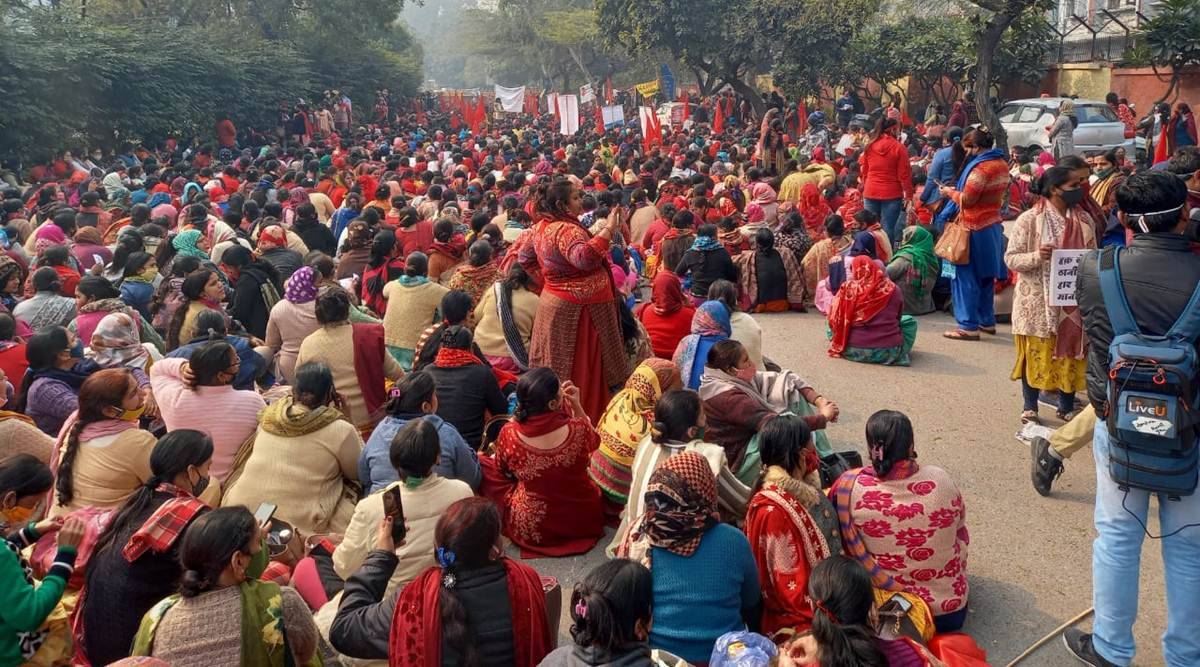 NEW DELHI: A purported video showing a section of suspended Anganwadi workers staging a protest at an AAP poll meeting in Madipur surfaced on social media on Monday.

In the video, the suspended Anganwadi workers can be seen raising slogans against the Delhi government and Chief Minister Arvind Kejriwal, asking why they had been ”abruptly sacked”.

”Our protests will continue till voting for the MCD takes place. The government has not done the bare minimum of raising our honorarium and even abruptly suspended our workers,” Shruti told PTI.

No immediate reaction on the incident was available from the AAP.

DSAWHU has been running a ‘Boycott AAP and BJP’ campaign in the run-up to the civic polls.

Earlier, it had staged a protest at the opening of the AAP’s election office in Paharganj in the presence of Kejriwal.

In an interview to PTI earlier this week, senior AAP leader Atishi had said the Delhi government always addressed the issues of Anganwadi workers.

”We have always addressed the issues of Anganwadi workers. Delhi is the only place where the Anganwadi workers are paid the highest honorarium. There is just a group of 200 to 300 workers who have decided that they only want to do politics,” Atishi had said.