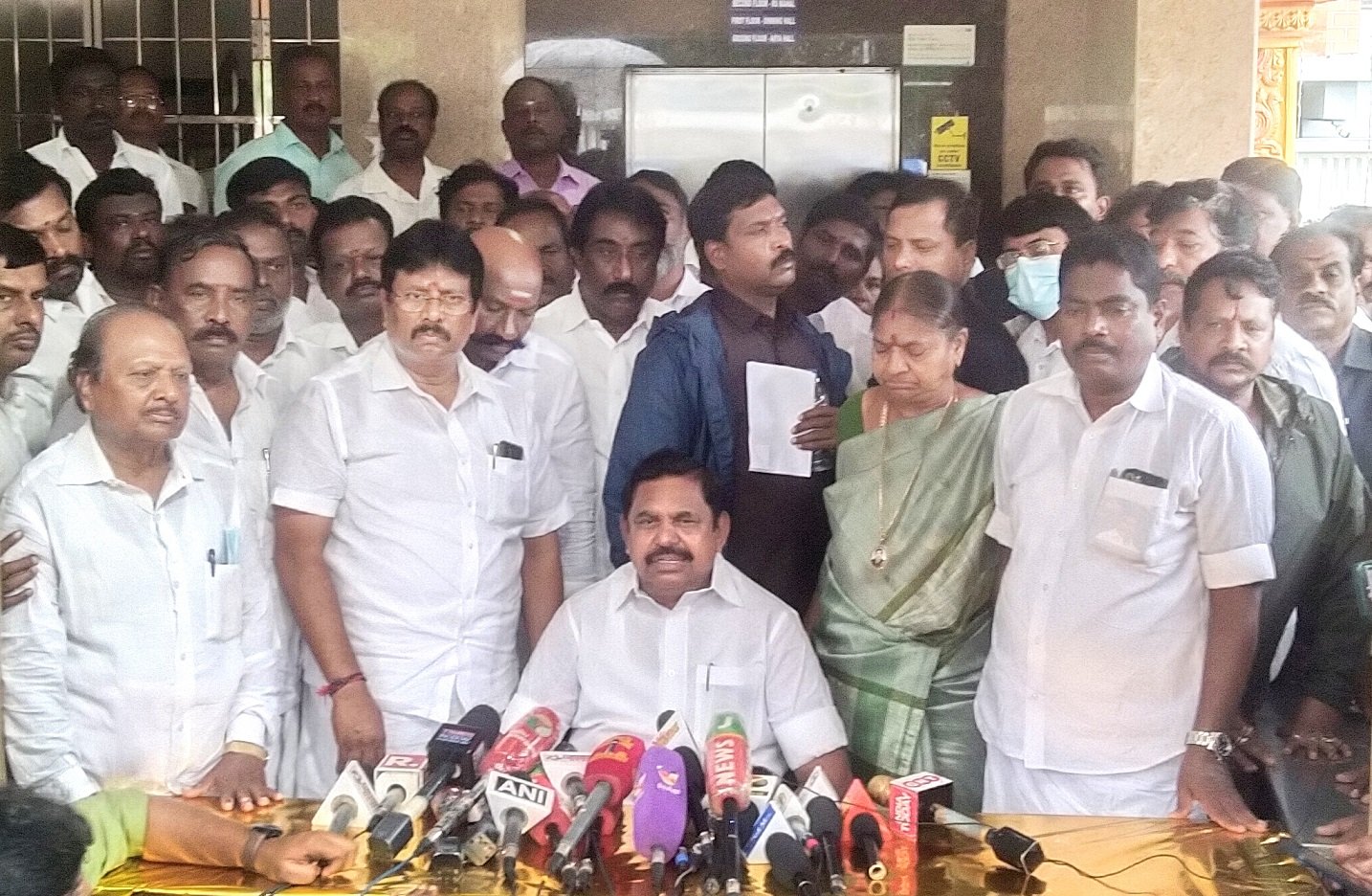 CHENNAI: AIADMK interim general secretary K Palaniswami on Friday joined issue with the ruling DMK, especially Chief Minister M K Stalin, over criticism of achievements during the last 10 years and reiterated his challenge for an open debate on schemes implemented during the party’s reign and the present government’s 18-month rule.

Addressing a day-long hunger strike by party cadres over various issues including increase in property tax, power tariff and milk prices, condition of roads and deteriorating law and order situation, he hit out at Stalin over his remarks that some political parties were trying create problems in the state, as their their ”stomachs were burning seeing the achievements.”

”It is not our stomach that is burning. But the people’s, following the misrule and governance and increase in prices,” Palaniswami said and urged the government to withdraw the hike in propert tax, power tariff and milk prices. He accused the DMK of putting all the welfare schemes and projects brought in by the previous AIADMK government on the back-burner, particularly in Coimbatore district (where the DMK has no MLAs), due to political vendetta.

The people will show their anger against DMK rule, which will result in AIADMK and its alliance winning all the 40 seats, including the one in Puducherry, in the 2024 Lok Sabha polls, he said.

Palaniswami challenged Stalin to show any schemes being implemented by DMK in its 18 month’s rule, for which the people were agitated.

The former chief minister listed out various schemes implemented by the AIADMK government during 2011-2021 such as ‘Kudimaramathu’ under which all lakes and ponds were desilted, construction of check dams, Polloor drinking water scheme, the long-pending Avanashi Athikadavu project at a cost of Rs 1,682 crore, flyovers in the city and airport expansion among others.

He also alleged that the DMK government has put on the back-burner the much-needed Metro rail scheme for the city and others due to political reasons.

Describing Stalin as a ‘puppet chief minister,’ Palaniswami urged him to wake up from the deep slumber and implement various schemes announced by the previous government for the benefit of the people, Stalin failed to implement a majority of the party’s 520 poll promises like old age pension, waiver of students’ loans, he said and urged the government to withdraw the price hike considering the suffering of the people, who are returning to normalcy after the Covid-19 pandemic.

Meanwhile, Palaniswami said the AIADMK will stage demonstration this month across Tamil Nadu condemning the increase in property tax, power tariff and milk prices and demanding their withdrawal.

The party workers will stage demonstrations in all the town panchayats on December 9, while on December 12 it will be staged in Panchayat unions, he added.