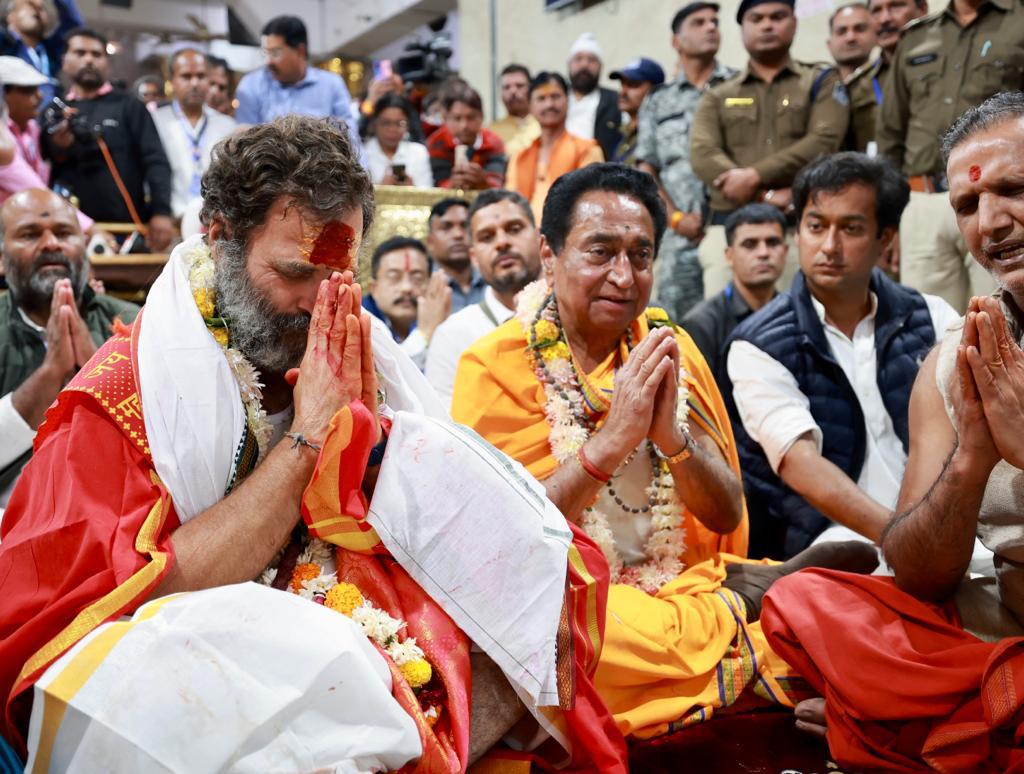 SOYAKALAN: Madhya Pradesh Congress president Kamal Nath on Sunday asked the Bharatiya Janata Party, Rashtriya Swayamsevak Sangh and Vishwa Hindu Parishad leaders to have a discourse on religion and spirituality with Rahul Gandhi, claiming it will prove he has more knowledge about these subjects than them.

Talking to reporters in Soyatkalan town of Agar Malwa district on the last day of the Bharat Jodo Yatra’s Madhya Pradesh leg before it enters Rajasthan, Nath said is a possibility that Gandhi may embark on another yatra from ”east to west” in the country.

Gandhi started the yatra, a mass contact initiative, from Kanyakumari in Tamil Nadu on September 7. The foot march will reach Jammu and Kashmir by the end of next month and culminate there.

During the yatra in MP, Gandhi had visited the famous Lord Mahakal Temple in Ujjain and also offered prayers at the Omkareshwar Temple in Khandwa district.

He said the main aim of Gandhi’s Bharat Jodo Yatra is to save the Constitution and culture of the country. The yatra entered the Hindi-speaking belt for the first time and has got a huge response from the people, the state Congress chief said. The foot march has helped in improving among the people Gandhi’s image which the BJP ”distorted” through social media in the last eight years, Nath claimed.

Congress workers from far off places including Rewa and Sidhi, located about 700 km away from here, have come to join the yatra and that has proved its success, he said, adding the foot march got a huge response from people in MP, including women and children.

The BJP used to say the yatra would end in Kerala itself, but it is getting a huge response every where and people are coming on their own to shower their love on Gandhi, Nath said.

”Even those shouting Modi-Modi (in support of Prime Minister Narendra Modi) got silenced with the kind of response the yatra got in Madhya Pradesh,” he said. Nath said even little girls gave their piggy banks to Gandhi on the occasion as there was a lot of enthusiasm among them.

Gandhi himself said his yatra got a huge response in Madhya Pradesh, especially in Indore, Nath pointed out. During the yatra, Gandhi interacted with farmers, small industrialists, shop owners, women, differently-abled persons, weavers, tribals, Dalits, sanitation workers, among others, he said.

Nath also expressed his gratitude towards the people, partymen and media for making the yatra successful in the state. Earlier in the day, Gandhi and Nath paid floral tributes to tribal icon and freedom fighter Tantya Bheel here on the occasion of his death anniversary, a Congress spokesman said.

The yatra is scheduled to cover a distance of 380 km in the politically crucial Malwa-Nimar region of western Madhya Pradesh before entering Rajasthan on Sunday evening, according to a programme announced by the Congress.

It has so far covered Burhanpur, Khandwa, Khargone, Indore and Ujjain districts in MP and is currently moving through the state’s Agar Malwa district bordering Rajasthan.