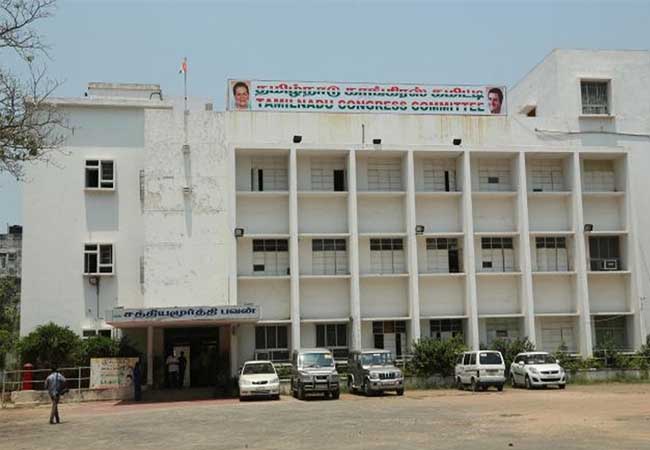 The party in Tamil Nadu awaits a new leader and a change in the State party unit’s leadership is likely soon, Selvaperunthagai told PTI in an interview.

The Sriperumbudur legislator said he is not in the race for the top State post.

On claims doing the rounds in the party that a shortlist has been drawn up by party brass for the post of TNCC president, he said: ”Only a person who could lead the party in a dedicated way by working for it 24×7 and boldly oppose the fascist policies of the BJP has a chance to become the TNCC chief.” The State’s political scenario and the dynamism that is needed to lead the party has been understood very well by the All India Congress Committee (AICC) leaders.

”Our president Mallikarjun Kharge is a very seasoned leader and we eagerly await the appointment. We are confident that he will appoint the right person as TNCC president.” The background to the talk of imminent change in the leadership of TNCC could be traced to the November clash between two groups at State party headquarters, ‘Sathyamurthi Bhavan,’ the subsequent parleys and the AICC putting on hold the suspension of MLA Ruby R Manoharan, seen by a section of party workers as an indication of Alagiri’s ‘diminished’ authority. Manoharan is also the TNCC treasurer. Cadres from Tirunelveli staged a protest last month opposing two regional level appointments made by the party, claiming that the appointees were undeserving as they had indulged in anti-party activities.

What began as a protest ended in violent clashes between two groups, seen as supporters of Manoharan and Alagiri.

Following this, a meeting of top leaders was held at party headquarters to resolve the issue.

Selvaperunthagai, who took part in that discussion, said Alagiri angrily used some ‘unparliamentary’ words in the presence of AICC leaders Dinesh Gundu Rao and Sirivella Prasad, who are in charge of Tamil Nadu party affairs and he later walked out of that meeting.

”After walking out of that meeting, he slapped two party workers (on the ground floor of the party office) and we came to know that by watching TV.” On the clashes, the CLP leader said, ”On the one hand, we see our leader Rahul Gandhi leading the Bharat Jodo Yatra to unite the country…they (Alagiri-led leadership) should have prevented such violence and not doing it is painful… I have given my report to AICC on what happened.” ”They wanted Ruby Manoharan to be suspended. I said that only the AICC has the powers to do it and not them. Though Manoharan could not take part in the disciplinary panel meeting to give his explanation, he was suspended. I said this cannot be done. The AICC later put the suspension on hold.” Also, former TNCC presidents M Krishnaswamy, K V Thangkabalu, EVKS Elangovan and Su Thirunavukkarasar have also given their reports to the party brass.

The AICC had said on November 24 that the procedure followed for suspension by the Disciplinary Action Committee of TNCC was improper. It was done in contravention to the principle of natural justice, Gundu Rao had said.

Asked if Alagiri is sidelined within the party, he said leaders and party workers including him are all dissatisfied with the TNCC chief’s style of functioning.

Once, even the iconic leader Indira Gandhi had expressed regret and apologised to people for any excesses that may have been committed vis-a-vis the Emergency (1975-77).

However, not even a regret has been conveyed till now (by Alagiri camp) and their effort apparently is aimed at levelling allegations and blaming some people, he said.

On claims by some party workers that ‘Karti Chidambaram, Jothimani (both Lok Sabha MPs) and Selvaperunthagai’ are among the names on the shortlist for the post of TNCC chief,’ he said: ”Many are mistaken. I am not in the race. I am the Congress legislature party leader which is equivalent to that of the office of the TNCC chief. I am ready to work with anyone, who may become the new TN Congress president.” The 70-year old Alagiri is a former Lok Sabha MP (2009-14) and he represented Cuddalore. A two-time MLA (1991-2001), he was appointed as TNCC president in February 2019. Thirunavukkarasar was his predecessor.