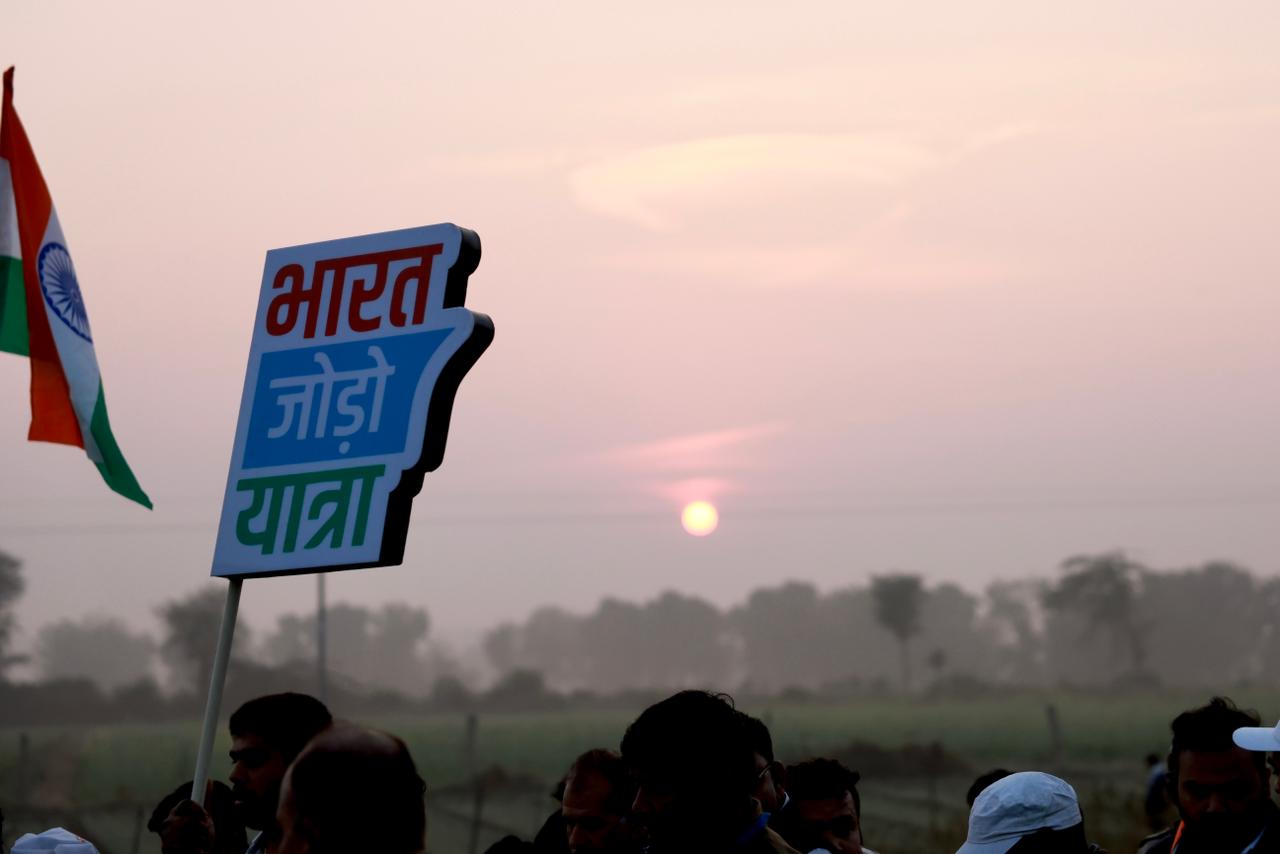 JHALAWAR: Rajasthan Chief Minister Ashok Gehlot on Monday lashed out at the mainstream national media, claiming they have ”boycotted” Rahul Gandhi’s Bharat Jodo Yatra as editors and owners are under pressure.

Addressing a press conference here a day after the the Bharat Jodo Yatra entered the Congress-ruled state, Gehlot claimed the media has completely failed to fulfil their responsibility as the fourth pillar of democracy, and history will not forgive them for that.

As Gehlot launched his tirade against the media, All India Congress Committee General Secretary (Communication) Jairam Ramesh intervened to defend the journalists present at there, saying they should not be blamed as they have been doing their job properly.

However, he also lamented the coverage of the yatra in the mainstream was not as per their expectations.

Gehlot said the Yatra is getting overwhelming support from across the country and on social media. ”My charge is that the medi

a has boycotted the yatra. Lakhs of people are joining it. But the national media is not supporting it. It means they have nothing to do with social cause for which media exists. It is the fourth pillar, it has its own importance,” he said.

He asked whether the media did not cover veteran BJP leader Lal Krishna Advani’s yatra in 1990.

”It is the duty of the media to tell what has happened. When an accident happens, you cover it. Rahul Gandhi is marching with a positive thought, it is a positive yatra. There is no violence, no hatred. If you are not showing this yatra, you are not fulfilling your duty,” Gehlot said. ”Kaan khol kar sun lo…national media wale bhi. state media wale bhi. Itihas aapko maaf nahi karega!” he said. ”Listen carefully…national and state media, history will not forgive you).” He said objections were raised when social activist Medha Patkar took part in the yatra but the yatra is open for BJP and RSS people too, and anyone can join it.

The chief minister said media houses also have ”high commands” and journalists too are afraid of transfers and postings.

”And I want to tell you that you should tell your owners that we are not going to be afraid, Rahul Gandhi’s path is of truth and non-violence and his caravan has begun,” he told the mediapersons.

”You do your duty and send your coverage (to your office)….but owners and editors are under pressure. I charge that they have boycotted such a big march,” he said.

Jairam Ramesh then intervened to mollify the chief minister’s attack. ”Don’t blame them Ashokji,” he said. ”They too have high command.” ”There is no demand for the yatra in their high command. But there are journalists who have been covering the yatra since Kanyakumari. We are getting support and coverage at their level,” he said. It is a different thing that the news coverage in mainstream media is not as expected, Ramesh said.

Rajasthan is the only Congress-ruled state the yatra has entered and will cover about 500 km through Jhalawar, Kota, Bundi, Sawai Madhopur, Dausa and Alwar districts over 17 days before entering Haryana on December 21. Gandhi will interact with farmers in Dausa on December 15 and address a public meeting in Alwar on December 19. The Bharat Jodo Yatra started from Kanyakumari in Tamil Nadu on September 7 and has so far covered Tamil Nadu, Kerala, Andhra Pradesh, Karnataka, Telangana, Maharashtra and Madhya Pradesh. Rajasthan is the first Congress-governed state in its route.