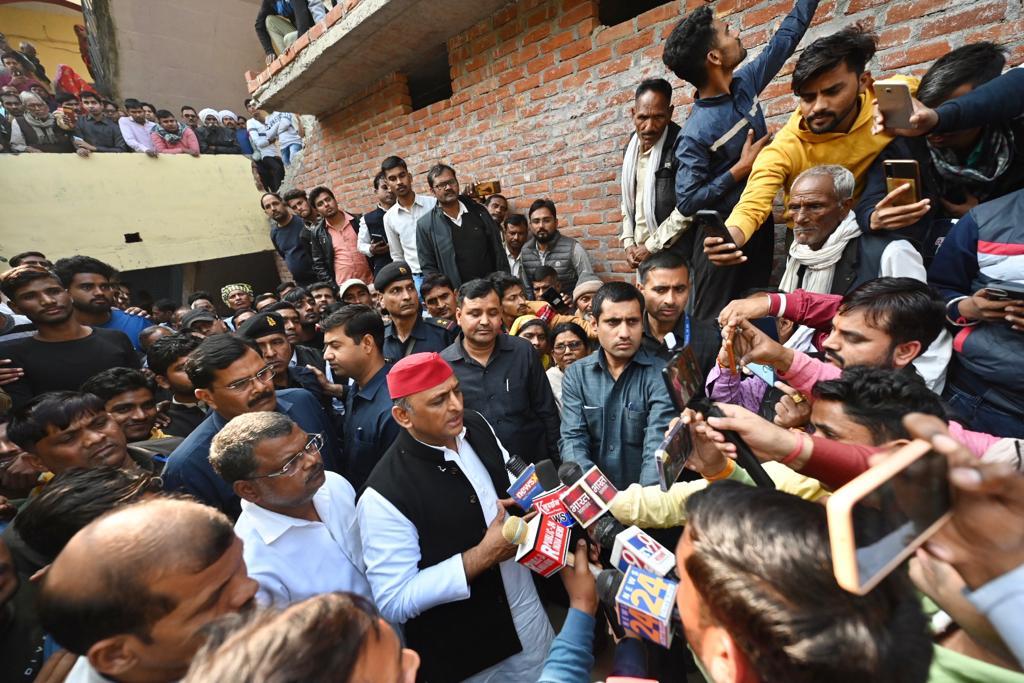 KANNAUJ: Samajwadi Party (SP) president Akhilesh Yadav on Tuesday accused the BJP of threatening opposition parties and said it wants to run a democracy with the help of the police.

Yadav, who was in Indergarh here to meet and extend his condolences to the family members of former minister Vijay Bahadur Pal, also alleged that more than required police personnel were deployed for the Rampur Sadar bypoll.

“The BJP wants to run democracy through the police. You will run democracy with the help of the police and threaten opposition parties. People have to stand up for the strength of democracy,” he told reporters when asked about Monday’s bypolls to the Mainpuri Lok Sabha and Rampur Sadar and Khatauli assembly seats.

The Rampur Sadar by-election, necessitated following the disqualification of senior SP leader Azam Khan after his conviction in a 2019 hate speech case, recorded a poor turnout 34 per cent.

The SP has alleged that police threatened, harassed and stopped voters from exercising their franchise in Rampur Sadar.

“SP workers in Mainpuri were strong and so they fought. They also fought in Rampur, but more policemen… were deployed there. People will have to come forward and save democracy,” Yadav said.

He added that when democracy survives, the Constitution will be safe and if the Constitution is safe, then the path shown by Dr B R Ambedkar, Ram Manohar Lohia and ‘netaji’ (SP founder late Mulayam Singh Yadav ) will also gain strength.

Asked about the results expected from the bypolls, Yadav exuded confidence that they will be in his party’s favour.

He also paid tributes to Pal who passed away on Tuesday morning.