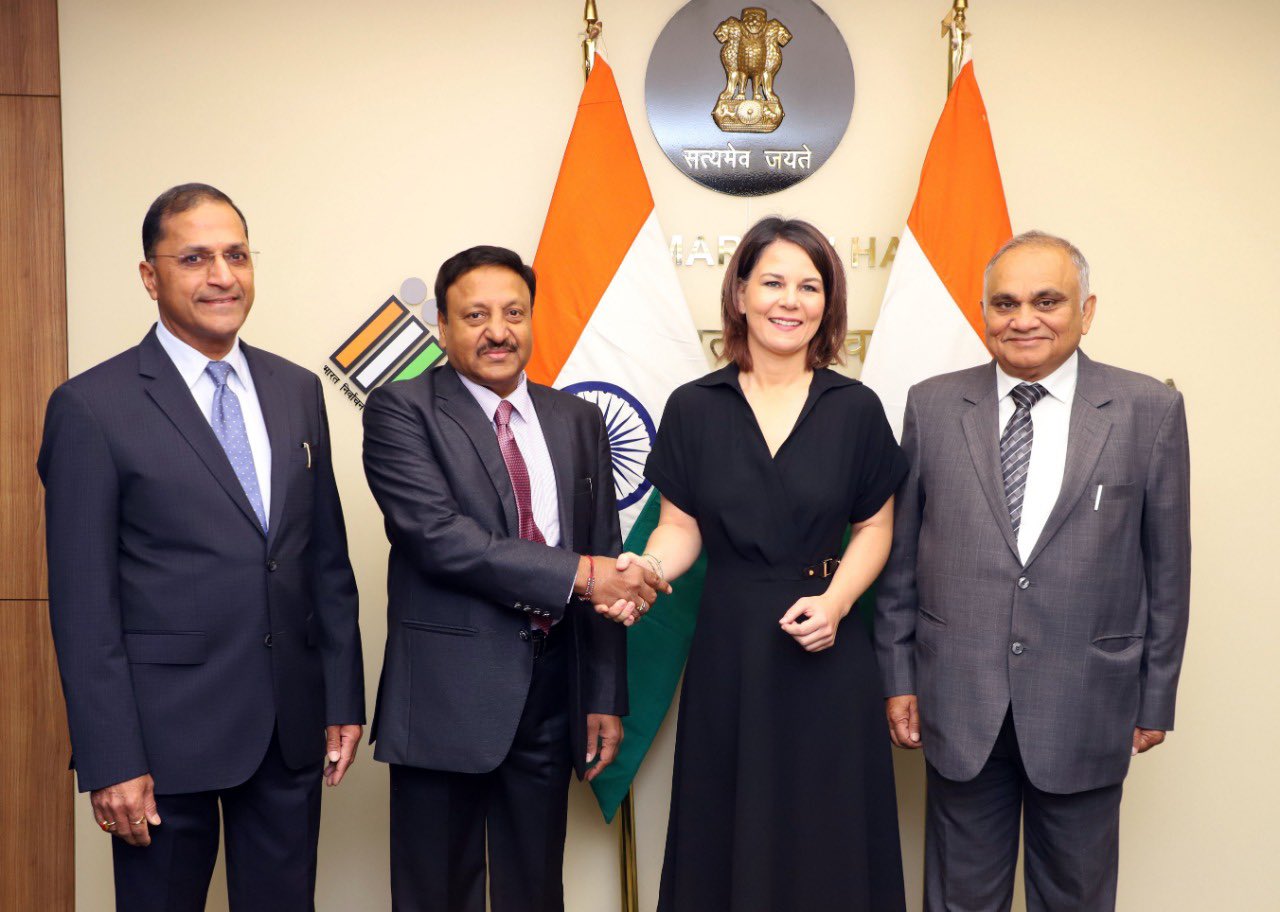 Speaking on the occasion, CEC Kumar said that the idea of democracy is deeply rooted in India’s historical context and traditions. Giving an overview of the magnitude of Indian elections, he informed the German delegation of the detailed exercise that ECI conducts for over 950 million voters across 1.1 million polling stations, co-opting 11 million Polling Personnel ensuring robust electoral processes for conducting free, fair, inclusive, accessible and participative elections.

He emphasized that ECI ensures disclosures and participation of political parties at every stage. Kumar said apart from the logistical challenges, the disruptive impact of fake social media narratives potentially affecting free and fair elections is fast emerging as a common challenge for most Elections Management Bodies.

The German Foreign Minister while interacting with the Commission appreciated the vast exercise of electoral management by ECI in the largest democracy in the world given the challenges of diverse geography, culture & electorate in India.

The Minister was briefed about the extensive use of technology by ECI in the conduct of elections broadly under three verticals of voters’ participation, political parties/candidates and election machinery logistics. She personally cast a vote through EVM during a demonstration of EVM-VVPAT functioning organized by ECI for the delegation.

She, along with the MPs, keenly observed the strong security features of standalone EVMs along with rigorous administrative protocols on handling, movement, storage, operations and the process for participation of political parties at every stage of electoral processes involving EVMs.

Both India and Germany are members of the International Institute of Democracy and Electoral Assistance (IDEA), Stockholm and the Community of Democracies, Warsaw. ECI’s constant endeavor is to foster a closer electoral cooperation with electoral authorities abroad alongside strengthening democratic institutions and processes with a view to deepen people-to-people linkages and promote civic education and literacy, including education for democracy.

ECI under the aegis of Summit for Democracy will also be organizing the second international conference on ‘Use of Technology & Elections Integrity’ in January 2023 ahead of the National Voters Day 2023.

Senior officials from the German Foreign Office, German Embassy in New Delhi and Election Commission of India were also present during the occasion.