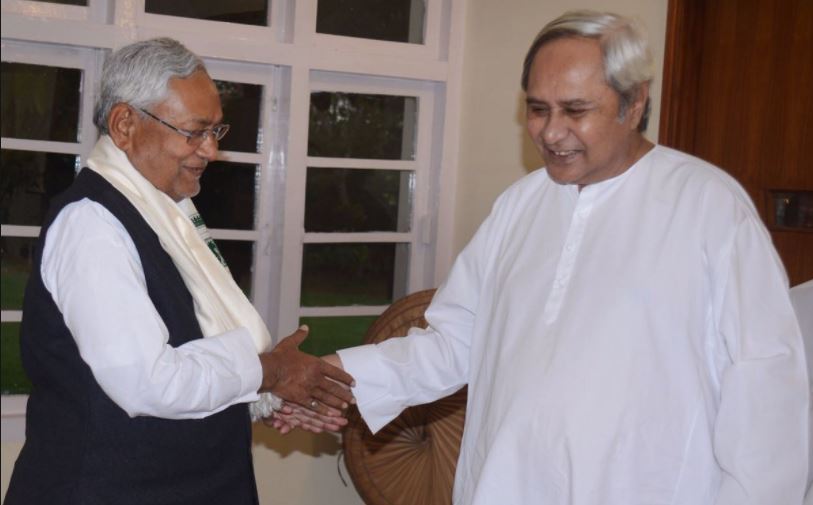 Demanding Bharat Ratna for legendary leader Biju Patnaik, Tyagi said the BJD should lend a hand to Bihar Chief Minister Nitish Kumar’s efforts in bringing together like-minded parties to form an alternative to the BJP ahead of the 2024 Lok Sabha elections.

”Time has come for Naveen-babu to end his neutrality, and come forward to join the Janata Parivar and lead the nation,” he said.

He said Patnaik is known for espousing the cause of social justice, and is welcome to join Nitish Kumar’s ‘Mission for 2024’.

”Naveen-babu should understand the situation and join hands with socialist forces to form a new India along with old friends of his father Biju-babu,” Tyagi said.

”BJD should also lend a hand to Nitish Kumar’s effort to forge unity among like-minded political parties to provide an alternative to the BJP ahead of the Lok Sabha polls,” he added.

Tyagi made the statement at a press conference he was addressing here on Monday along with leaders of RJD, SP and the CPIML(L).

”We want to tell our friends in the opposition — Mamata-didi, KCR — who are talking about a non-Congress and non-BJP alternative, they should understand that we have to come together to defeat the BJP. It is not possible without Congress,” he said.

Demanding caste census across the country on the lines of the one being done by the Bihar government, Tyagi said reservation for a community should be proportionate to their share in the population.