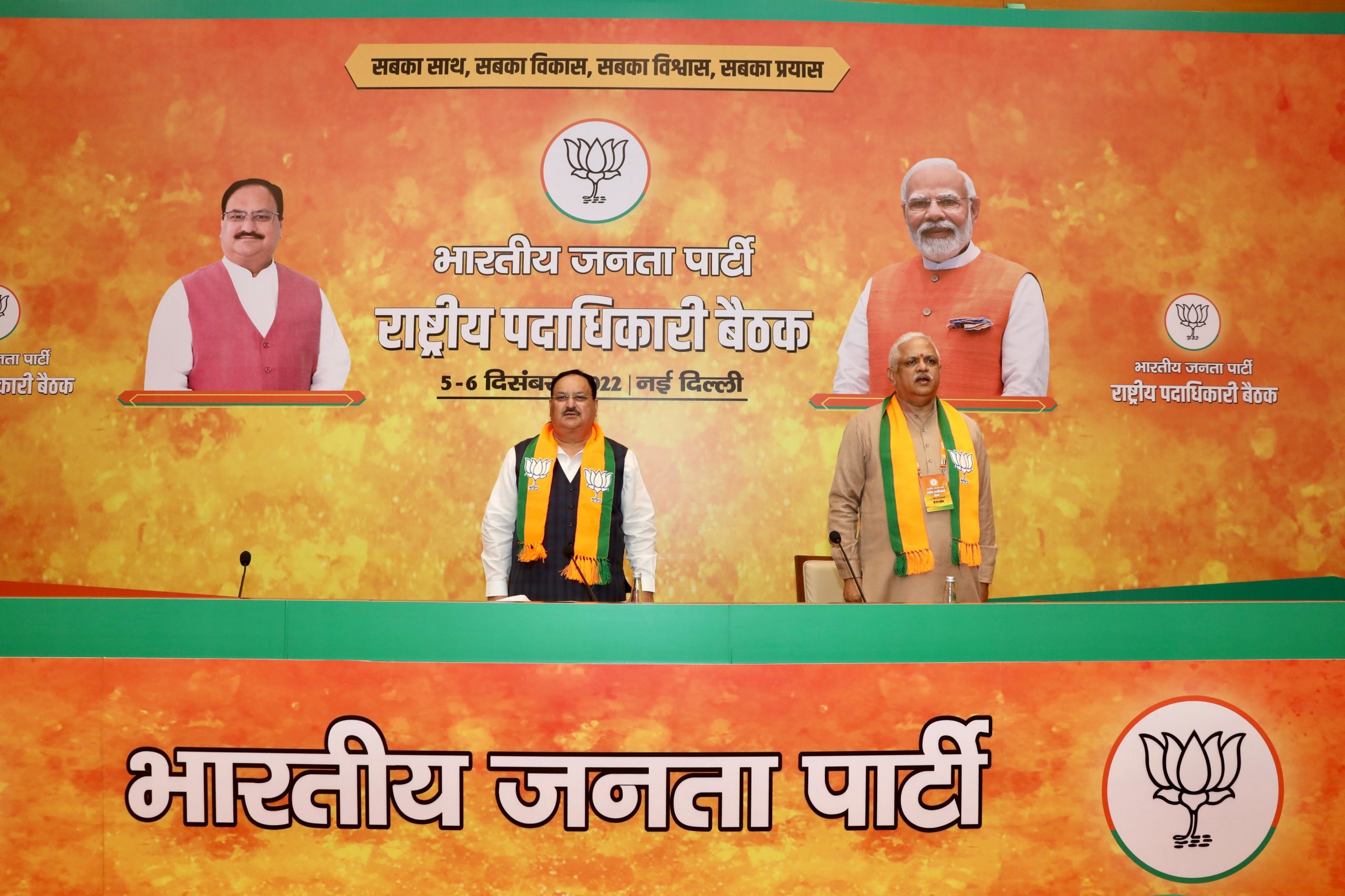 NEW DELHI: With an eye on the next Lok Sabha elections in 2024, BJP National President JP Nadda on Tuesday asked party leaders to launch a ‘house to house’ campaign to reach out to people and build “emotional connect” with them.

Addressing BJP office-bearers from across the country, he said all state units would launch the exercise and said it should not be limited to handing over some party literature to people.

Party members should discuss issues with the people, understand their problems and help them address their concerns, he said, according to a party statement.

Discussions were held on a number of Assembly elections, including in Tripura, Karnataka, Madhya Pradesh, Rajasthan and Chhattisgarh, and presentations were made, it said.

The highlight of Nadda’s address on the last day of the two-day meeting was his emphasis on connecting with the people.

“BJP workers should build direct contact with every home through the ‘house to house’ campaign so that they are seen as members of the households, standing with them in most difficult times,” he said.

India’s G20 presidency also came in for discussion and stress was laid on informing people about this “global achievement”.

Nadda also noted that various welfare measures of the Modi government had uplifted the living standards of over 60 crore people and said the BJP should reach out to them.