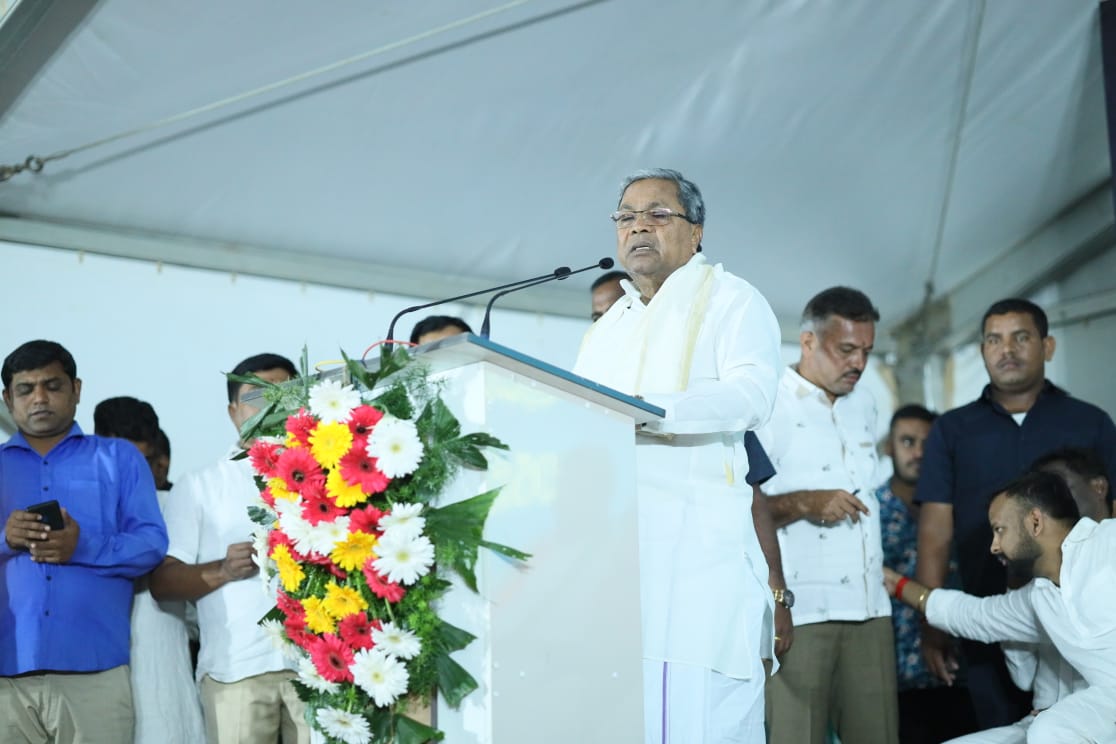 As the saffron party is set to return to power for the seventh time in a row, the Congress stalwart in Karnataka said the fledgling party splurged huge money in the Gujarat elections.

”In Gujarat, the AAP spent a lot. My information says that the BJP funded the AAP to divide the Congress vote. Because the AAP contested the election, we lagged behind,” Siddaramaiah told reporters here.

He said the new entrant got 10 per cent of votes reducing the Congress’ vote share. ”The AAP spent huge money in the election. They spent more than the Congress. Yet, they are leading in six seats,” the former Chief Minister said.

To him, the BJP winning in Gujarat was not a matter of surprise.

”There is no surprise that BJP is coming to power in Gujarat because the AAP contested the election and ate away our votes in all the seats,” he added.

Seeking to downplay the impact of Gujarat election results in poll-bound Karnataka, the Congress leader said the wave in one state will never have an effect in the other state.

Wondering why the BJP did not win in Delhi Municipal elections, Siddaramaiah said elections take place on the basis of the problems and issues specific to that particular state. ”What happened to ‘Modi wave’ in Delhi where the BJP lost the MCD election? AAP won in the MCD election,” he said.

He even claimed the Congress will win even without doing anything and remaining silent.