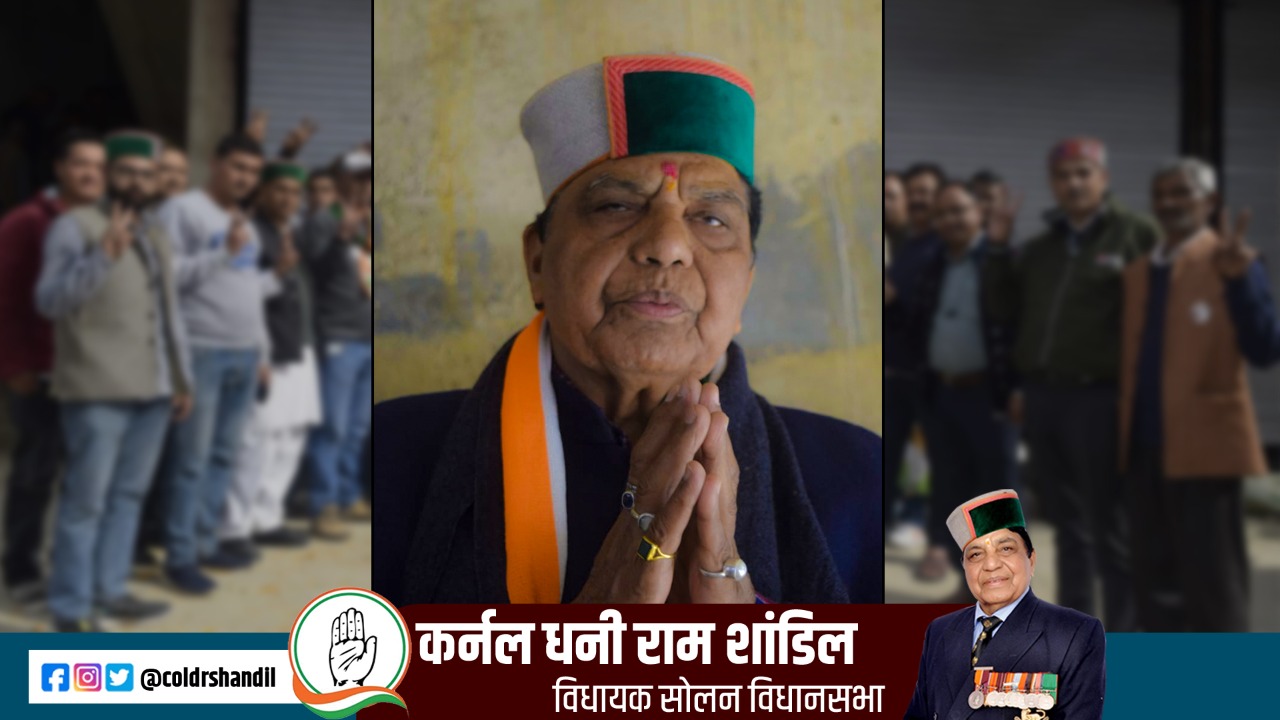 Shandil, a retired army colonel and the oldest candidate in the fray at 82, had maintained a lead over Kashyap right from the start, and the final margin of victory was 3,858 votes.

Four candidates, including one from the Aam Aadmi Party, had contested from Solan.

Counting of votes for the 68-member assembly began at 8 am.

In the 2017 assembly elections, Shandil could barely hold on to his seat, winning by a narrow margin of 671 votes against Kashyap, who had then contested from Solan for the first time.

The fact that all parties treated Solan as a prestigious seat could be gauged from the fact that ahead of the November 12 polls, Prime Minister Narendra Modi and Congress leader Priyanka Gandhi Vadra addressed their party rallies in the constituency, while AAP national convener Arvind Kejriwal took out a roadshow.

Kashyap had raised sewerage and parking problem as poll issues while Shandil had claimed that the previous Congress government undertook equitable development across the state.

The Solan district is home to Himachal’s industrial corridor of Baddi-Barotiwala-Nalagarh.

The assembly constituency, a mix of urban and rural population, is famous for its mushrooms.