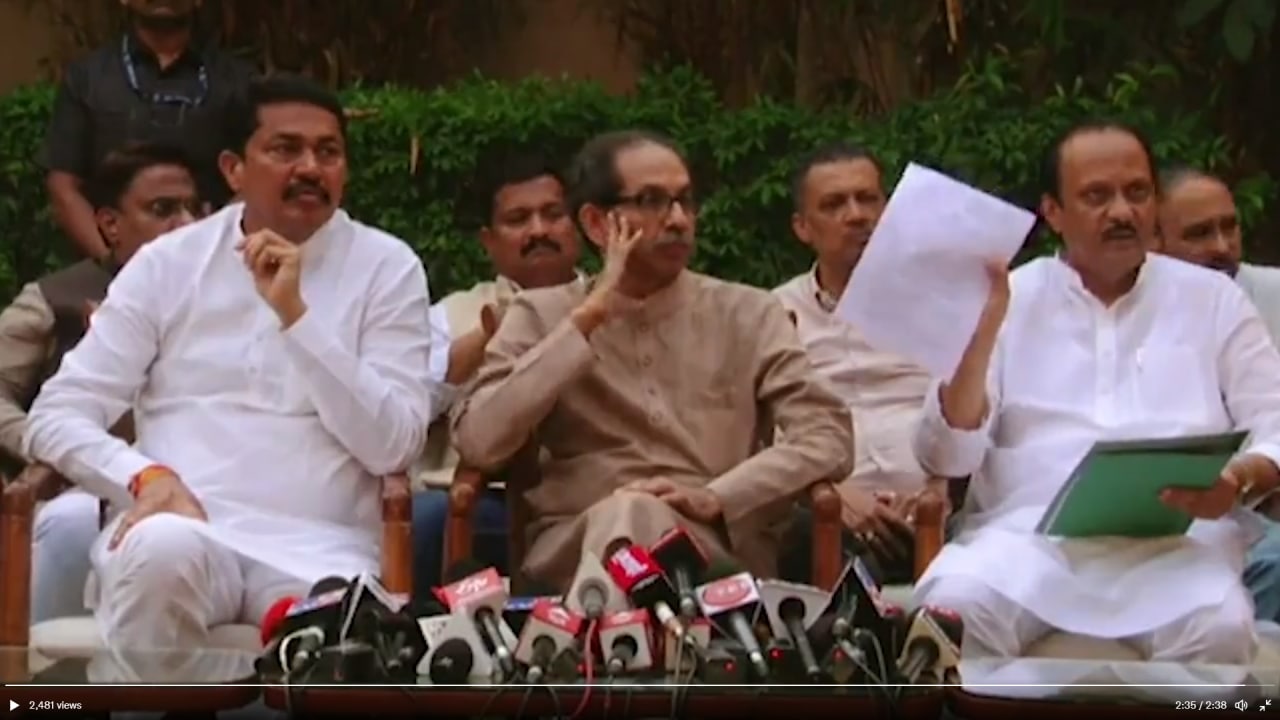 MUMBAI: Shiv Sena (UBT) president Uddhav Thackeray on Thursday targeted the BJP saying that just the way big-ticket projects were shifted from Maharashtra to Gujarat ahead of the Assembly polls there, villages from the state could be merged into Karnataka, where elections are due next year.

The shifting of the projects to Gujarat from Maharashtra earlier this year played a major role in the Bharatiya Janata Party’s resounding victory in the neighbouring state, he said.

Thackeray made the remarks during a press conference held following a meeting of the Maha Vikas Aghadi (MVA) leaders here. The MVA comprises the Shiv Sena (Uddhav Balasaheb Thackeray), the Nationalist Congress Party (NCP) and the Congress.

“Just the way projects in Maharashtra were taken away to poll-bound Gujarat, villages from Maharashtra may also be given to Karnataka where elections are due,” he said.

“Karnataka Chief Minister Basavaraj Bommai staking claim over the areas of Maharashtra has to be taken seriously. The BJP has a ploy to destabilise Maharashtra,” Thackeray claimed.

The over-six-decade-old border dispute between Karnataka and Maharashtra recently took a new turn after Bommai staked a claim to several villages in Maharashtra.

Leader of Opposition in Maharashtra Assembly Ajit Pawar, state Congress president Nana Patole, who were present at the press conference, said the December 17 ‘morcha’ organised by the MVA in Mumbai will be massive and it would highlight the “anti-Maharashtra” stand of the BJP.

The rally by the opposition parties is targeted at the Eknath Shinde-BJP government in the state over several issues, including certain remarks being made against Chhatrapati Shivaji Maharaj and the state losing mega projects.

“I appeal to all Maharashtra lovers to join the protest which will start from Jijamata Udyan and lead to Chhatrapati Shivaji Maharaj Terminus (CSMT),” he said.

Thackeray said the Maharashtra government did not react when the Karnataka chief minister was claiming areas of Maharashtra.

“The BJP lost the civic polls in Delhi, where it ruled for 15 years, and the Assembly polls in Himachal Pradesh where it was in government. The party now only has to rely on PM Narendra Modi for Gujarat,” Patole said.

Pawar said J P Nadda who is president of the ”world’s largest party” could not save the BJP from defeat in his home state.