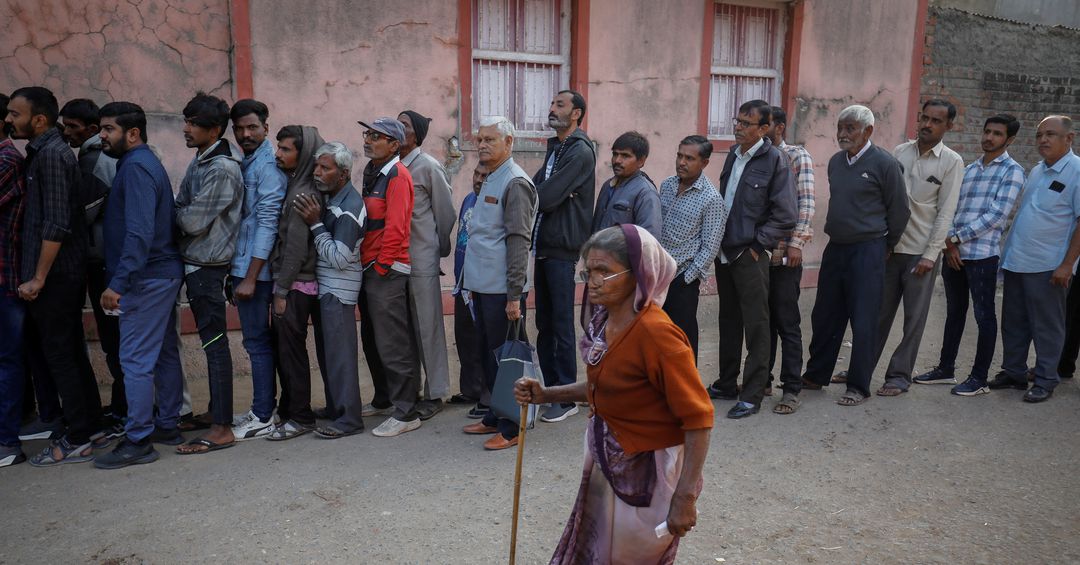 KUTCH: The ruling Bharatiya Janata Party (BJP) has made a clean sweep in Kutch district bordering Pakistan by winning all the six Assembly constituencies in the region.

The Congress, which carried out a silent campaign in rural areas, failed to retain even the two seats it had won last time.

The debutant Aam Aadmi Party (AAP) failed to win seats, but caused enough damage to the Congress, even leading to its defeat in its stronghold Rapar.

Kutch district has six Assembly constituencies – Abdasa, Bhuj, Rapar – all bordering Pakistan – and Mandvi, Anjar and Gandhidham. The district has around 16 lakh voters.

In 2017, the BJP won four seats – Bhuj, Mandvi, Anjar and Gandhidham – whereas two Assembly segments – Abdasa and Rapar – went to the Congress. However, the Congress MLA from Abdasa switched over to the BJP in 2020 and won the seat in a bypoll.

The BJP was hopeful of making a clean sweep this time, riding on both development plank and a divided Opposition.

On the other hand, the Congress was banking on resentment in the BJP camp over the choice of candidates and the persisting water crisis in the region.

In Abdasa, BJP candidate, former Congress turncoat and sitting MLA Pradyumansinh Jadeja, from the Kshatriya community, won by a margin of 9,431 votes.

In the Bhuj seat, the ruling party replaced its two-time sitting MLA and Assembly Speaker Nimaben Acharya with local party leader Keshubhai Patel. This time the BJP bagged 96,582 votes and the Congress 36,768.

The Bhuj constituency, which has around 2.80 lakh voters, has one of the highest minority populations of the district, constituting roughly 15 per cent of the electorate. The BJP won the seat by bagging nearly 50 per cent of the votes and by a margin of 14,000 in 2017.

In Anjar, the ruling outfit replaced its two-time sitting MLA Vasanbhai Ahir with party leader Trikambhai Chhanga. The BJP won the seat by bagging 48 per cent votes and a margin of 11,000 votes in 2017.