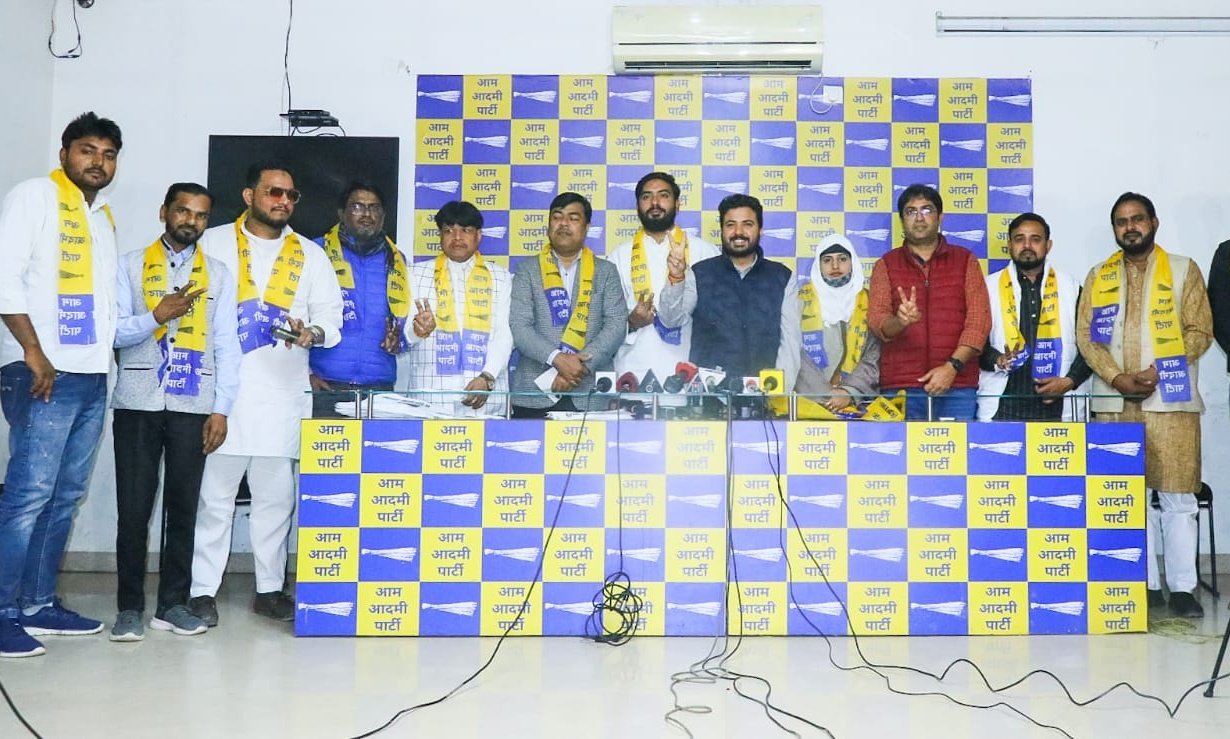 NEW DELHI: In a fresh jolt to the Congress days after being drubbed in the MCD polls, the party’s Delhi unit vice president Ali Mehdi and two newly-elected councillors joined the Aam Aadmi Party on Friday.

Residents of Mustafabad, however, staged a protest against the defection of Mehdi and the councillors. The anti-defection law does not apply to the Municipal Corporation of Delhi polls. AAP leader Durgesh Pathak said the Congress leaders decided to join his party after seeing the work done by Delhi Chief Minister Arvind Kejriwal.

”We have invited the BJP and the Congress to work for the betterment of Delhi. I am very happy to announce that Delhi Congress vice-president Ali Mehdi and the party’s two newly-elected councillors Sabila Begum and Nazia Khatoon are joining the AAP,” Pathak said at a press conference.

The AAP on Wednesday wrested power from the BJP in the high-stakes civic polls in the national capital. The Arvind Kejriwal-led party bagged 134 of the 250 wards while the BJP won 104. The Congress had won nine seats in the MCD polls. Mehdi said he decided to join the AAP as he wanted development in his area.

”We have decided to join the AAP after seeing the development work done by Kejriwal. We want development in our area. Under the leadership of Kejriwal, the AAP is working hard to develop the capital,” Mehdi said.

”Mustafabad is my home and my father has been the MLA here for two terms. During his tenure, we worked very hard for the people of our ward. But ever since his term got over, the work in Mustafabad has become slow.

”This was bothering us and when I got an opportunity to meet Arvind Kejriwal and told him about this, he said that if we all worked together, we will be able to do more for the people of the area,” Mehdi said. Mehdi said they were very impressed by the way Kejriwal has been able to stand up against the divisive forces of BJP and we are confident that over the years, the AAP will only go on to become stronger.

”We are all thankful to be able to join AAP today and look forward to working for the development of Mustafabad,” he added.

After the Congress leader joined the AAP along with the councillors, protests against the defection were held, videos of which emerged on the social media showing people raising slogans against Mehdi. The videos showed protesters burning his effigy as well. Asked about the protest, a senior police official said there was no law and order problem.

”The Police does not want to comment since there was no law and order problem in the area,” the official said. Delhi Congress vice-president Mudit Aggarwal alleged that AAP was also trying to ”lure” some other party councillors.

”Is this the ‘kattar imandar’ (hardcore honest) politics of Arvind Kejriwal? Proving that AAP is a B-team of the BJP, it poached two councillors of Congress like the saffron party does with others,” Aggarwal said.

The defection will strengthen the Aam Aadmi Party’s numbers during the elections for the city’s mayor and deputy mayor. The mayor of MCD is elected by its House comprising all 250 councillors and seven Lok Sabha MPs, three Rajya Sabha MPs from the city and 14 MLAs nominated by Delhi Assembly Speaker.

Senior AAP leader Manish Sisodia on Wednesday had alleged that the BJP had made attempts to poach its newly elected councillors. Earlier in the day, Delhi BJP chief Adesh Gupta said the MCD mayor will be from the AAP and the BJP will play the role of a ”strong opposition”, ending speculation over the saffron party staking a claim on the mayor’s post despite losing the civic polls.

Several BJP leaders had hinted earlier that the party may go for the post of mayor despite losing the MCD polls to the AAP.