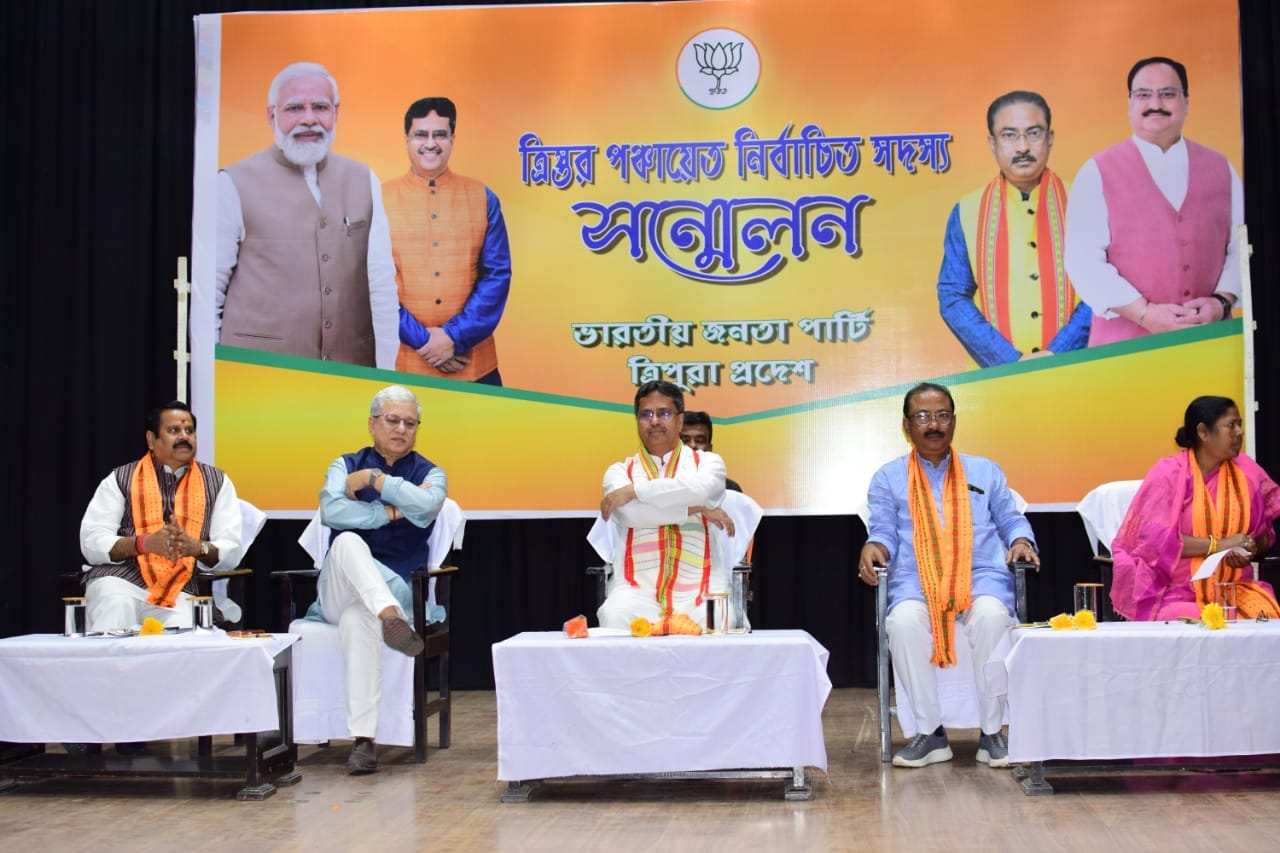 AGARTALA: The BJP central leadership has convened a meeting of its senior leaders in poll-bound Tripura in Delhi on December 11, a senior leader of the party said on Saturday.

Party election in-charge of Tripua Mahendra Singh and Bhattacharjee too will participate in the meeting to be held at the BJP headquarters in Delhi, he said.

The central leadership has convened an important meeting regarding the party’s preparedness and strategy for the coming Assembly elections in Delhi on December 11. The top agenda will surely be the election in Tripura, Bhattacharjee said.

Prime Minister Narendra Modi’s proposed visit to the Northeastern state on December 18 would also be discussed, he added.

Assembly poll in Tripura is due by March next year.

Nadda had earlier held a meeting with Bhattacharjee and discussed the party’s poll preparedness for the Assembly election besides organisational matters.

The prime minister’s office is yet to clear the schedule of Modi’sTripura visit but the state administration has already geared up for it.

A senior state official said Modi is likely to lay the foundation stone for several development projects and interact with beneficiaries of Prime Minister Awas Yojana during his visit to the state on December 18.

The prime minister is also likely to address a rally at Vivekananda ground in Agartala, the official said.

Modi was slated to visit the northeastern state on October 27-28 but the visit was cancelled.

In this article:Amit Shah, BJP, Tripura