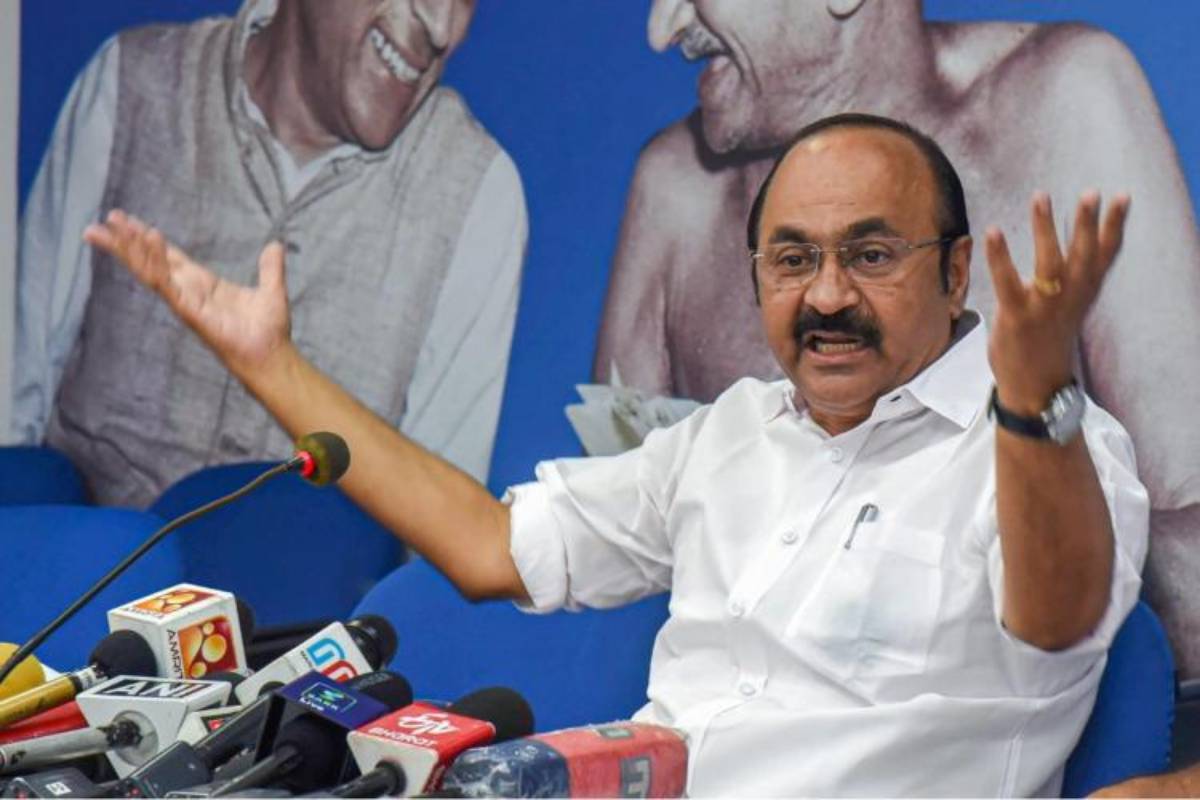 KOZHIKODE: A day after describing Muslim League a non-communal party, CPI(M) on Saturday started sending feelers to the key UDF constituent in Kerala, saying that its doors were always opened for those parties accepting the politics of the Left after correcting their wrong political position.

Apparently shaken by the CPI(M) state secretary M V Govindan’s political overtures aimed at Muslim League, the Congress today said his moves would not succeed as the party controlled by Panakkad Thangal family was an inseparable part of the UDF.

Sensing the real intenition behind the moves by the CPI(M), Indian Union Muslim League (IUML) supremo Panakkad Sadik Ali Shihab Thangal said what Govindan stated about his party was just a political reality and there was no need to see it as a political assessment.

He also said the Muslim League is an inevitable part of the UDF and its focus is to strengthen the Congress-led front in the state. BJP state president K Surendran criticised Govindan’s statement, alleging that Muslim League was a real communal party which takes divisive political positions.

Indicating a clear shift in its tactical approach towards the Muslim League, Govindan on Friday had said Muslim League is ”not a communal party” and praised the key partner of the opposition UDF for not agreeing with the Congress on the issue of the alleged move by Governor Arif Mohammed Khan, who according to the ruling front, was trying to ”saffronise” the universities in Kerala.

As his statement kicked up a political debate in the state, Govindan today said the politics of the Left Democratic Front (LDF) is based on clear political agenda, policies and political positions.

The political position of the League should be determined by them, said Govindan, who is also the politburo member of the CPI(M).

”We have not invited anyone to the LDF. But the political positions and policies adopted by each party certainly play a role in determining their politics,” he told reporters here responding to a query.

Asked whether the doors of the LDF are opened for the Muslim League, Govindan said the doors of the CPI(M)-led allinace continue to remain open for those parties willing to accept the politics of the Left after correcting their wrong political position.

Reacting to Govindan’s statement, Congress leader and Leader of Opposition in the state Assembly, V D Satheesan said the Congress and its allies work as a single party in the state assembly and alleged that the CPI(M)’s intention is to divert attention from people’s anger against its government in the state.

”Muslim League is an inseparable part of the UDF. The Bharat Jodo Yatra led by Rahul Gandhi has received strong support from the UDF constituents including the League. Besides, the UDF had a resounding victory in the bypoll held to the Thrikkakara Assembly constituency and vacant seats in various local bodies.

”Now, the CPI(M) has come up with such issues to divert attention from people’s anger against the party-led government,” Satheesan told media in Thrissur.

In an apparent warming up to the Muslim League, which was once termed as a communal party by the CPI(M), Govindan had recalled the open alliance his party had with the Muslim League to form a government in 1967 in Kerala under the leadership of Communist stalwart late E M S Namboothiripad.

”Muslim League is a party that works democratically for the minorities. We are not saying that it is a communal party,” he had said.

Accusing the BJP-ruled Centre of using the Governor to ”saffronise” the education sector in Kerala by destroying its progressive contents, the CPI(M) leader had praised the UDF partners like IUML and RSP for resisting the bid by the Congress to support the Governor on the issue and standing with the Left government’s position.

The ties between CPI(M) and Muslim League in Kerala has been a story of love and hate. In 1967, the CPI(M) in Kerala had an open alliance with the Muslim League as the latter got representation in the second E M S Namboodiripad government, which ruled the state between 1967 and 1969.

Since the collapse of that experiment then, the CPI(M) had been keeping the Muslim League at bay due to ideological reasons.

The CPI(M) has a history of expelling its firebrand leader M V Raghavan from the party in 1986 after the leadership led by Namboothiripad rejected the ‘alternative’ tactical line he pressed for, which made a strong case for an alliance with the IUML, to take on the UDF in the state.

While several leaders, including former chief minister E K Nayanar, backed his line of thought initially, most of them eventually toed the party’s official policy. But Raghavan stood firm with his theory, leading to his expulsion along with some of his close collaborators from the CPI(M) and formation of Communist Marxist Party (CMP), which later became a partner in the UDF.

The CPI(M) had targeted the Muslim League during the campaign for the 2021 Assembly polls, accusing it of adopting a soft stand towards radical Islamist outfits in the state.

In this article:Congress, CPI(M), Muslim League