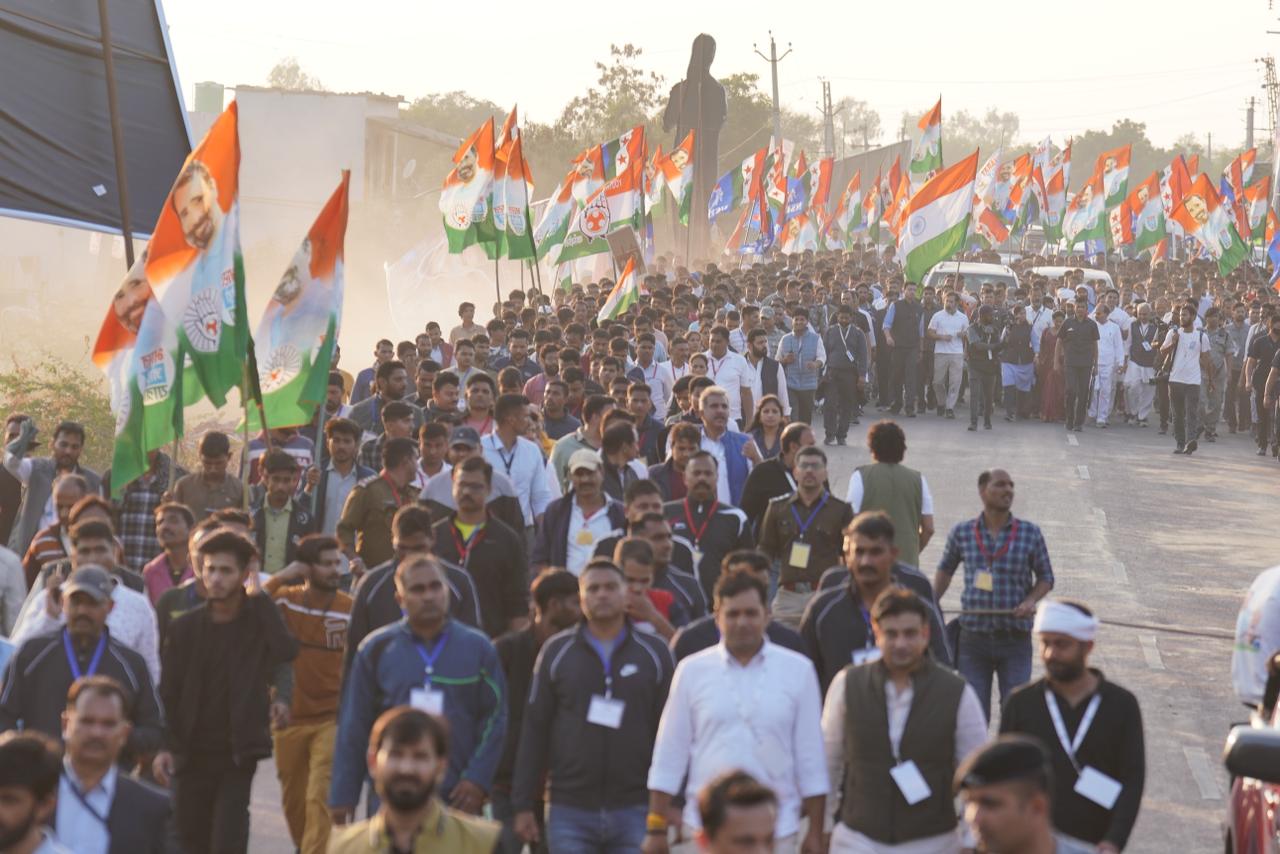 He, however, alleged that Central and state government machinery was misused in Gujarat and no action was taken on Congress’ complaints over a girl child being used by the BJP in the election campaign.

Ramesh also claimed that the BJP, AAP and AIMIM had an alliance in Gujarat which created an obstacle for the Congress. He admitted that there were shortcomings in the party’s organisation in the state.

Congress president Mallikarjun Kharge and other senior leaders know what action has to be taken, he said.

The BJP registered a historic victory in Gujarat by clinching 156 seats in the 182-member House on Thursday, much higher than its tally of 99 seats in 2017.

”The election results in Gujarat are disappointing for us. The vote share of Congress dropped from 40 per cent to 27 per cent. But 27 per cent vote share is a foundation and it is not difficult for us to again increase the vote share to 40 per cent,” the Congress general secretary said at a press conference in Bundi.

”There is no impact of the Gujarat assembly election results on Bharat Jodo Yatra. Our enthusiasm is like it was before though there are some disappointments. There were a few shortcomings in the organisation, we have to see that… analysis will be done and action will be taken. Our party president knows what has to be done,” he said. Ramesh said that despite campaigning by Prime Minister Narendra Modi, BJP president J P Nadda and Union minister Anurag Thakur in Himachal Pradesh, the ”double-engine government” in the hill state ”derailed”. The Congress getting the mandate in Himachal Pradesh is a sort of booster dose for the party, he said.

”Gujarat election results have proved that the AAP and AIMIM have the common objective of cutting the vote share of Congress. BJP, AAP and AIMIM had an alliance in Gujarat and it was an obstacle for us. We were fighting that,” Ramesh alleged.

Assembly elections in Gujarat and Himachal Pradesh were to be held together. But the Gujarat polls were held later so that the prime minister, home minister and others could focus on that state, the Congress general secretary claimed.

About the Bharat Jodo Yatra which entered its 94th day on Saturday, Ramesh said it is getting an overwhelming response in Rajasthan. Asked about Sonia Gandhi’s visit to Ranthambore, he said those in public life have private lives too.

The Congress general secretary told the press conference that Mahila Shakti Yatra will be held in Bundi on December 12 in which female public representatives, leaders, and other women will accompany Rahul Gandhi. Sonia Gandhi is also likely to join this yatra, he said.

To questions about a man attempting self-immolation in Kota on Thursday during the yatra, Rajasthan Congress spokesperson Swarnim Chaturvedi said the matter was being probed. ”But as per the initial information, he was a mentally disturbed who attempted self-immolation to draw public attention,” Chaturvedi said.

The man had attempted to set himself on fire in front of the Rajiv Gandhi statue in Kota’s Rajiv Gandhi Nagar on Thursday morning while the Bharat Jodo Yatra was passing the statue. However, police and security prevented the man from taking the step.