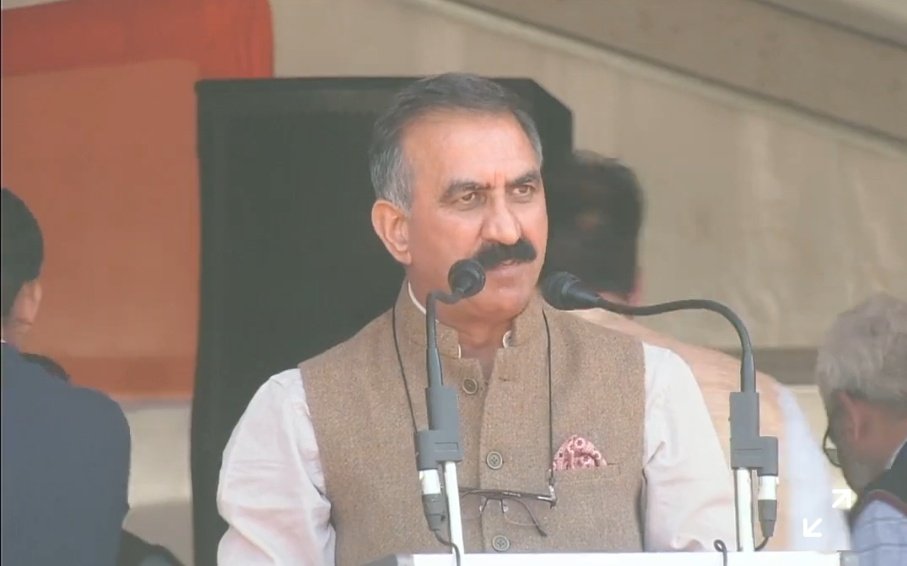 SHIMLA: A product of student politics, senior Congress leader and four-time MLA Sukhwinder Singh Sukhu was a known detractor of party veteran Virbhadra Singh who had dominated the Himachal Pradesh politics for over five decades until his demise last year.

With the party bagging its first victory in the hill state without the charismatic presence of Virbhadra Singh, Sukhu’s elevation makes it clear that the party is ready to move on. More so, as the party did not give in to the strong claim to the post mounted by Pratibha Singh, the party’s state unit chief and wife of Virbhadra Singh.

Son of a road transport corporation driver, Sukhu, 58, had a modest beginning and used to run a milk counter at Chhota Shimla in his early days.

Rising through the ranks, Sukhu was a relentless fighter and remained the party’s state unit president for a record six years from 2013 to 2019 despite being frequently at loggerheads with Virbhadra Singh, a six-time chief minister.

The old rivalry came to the fore again after the party wrested power from the BJP in the just-concluded assembly polls, with both Sukhu and Pratibha Singh staking claim to the chief minister’s post.

Sukhu will be the first Congress leader from Lower Himachal — comprising areas merged in Himachal in 1966 such as Nalagarh, Una, Hamirpur, Kangra and lower hills of Kullu — to occupy the top post. He will be the second chief minister from Hamirpur district, after BJP’s Prem Kumar Dhumal. The Nadaun MLA, who is considered close to Rahul Gandhi and was the Congress campaign committee head, was unanimously elected leader of the Congress Legislature Party on Saturday. He will take oath as the chief minister on Sunday. He will be the seventh person to hold the post in the state.

That he enjoys the confidence of the party high command was clear when he was appointed chairman of the Congress election campaign committee and a large number of his supporters got party tickets, party insiders say.

During his tenure as the state Congress chief, he strengthened the organisation and his rapport with workers and legislators made him a strong contender for the chief minister’s post, they said.

The Congress wrested power from the BJP in the hill state winning 40 of the 68 assembly seats. The polling was held on November 12 and the results were declared Thursday. This was the first state election since the demise of Virbhadra Singh in July 2021.

Sukhu was the general secretary of the state unit of the Congress-affiliated National Students’ Union of India (NSUI) and later became the president of the student body.

He did his MA and LLB from Himachal Pradesh University.

Rising from the grassroots, he was elected twice as councillor of Shimla Municipal Corporation.