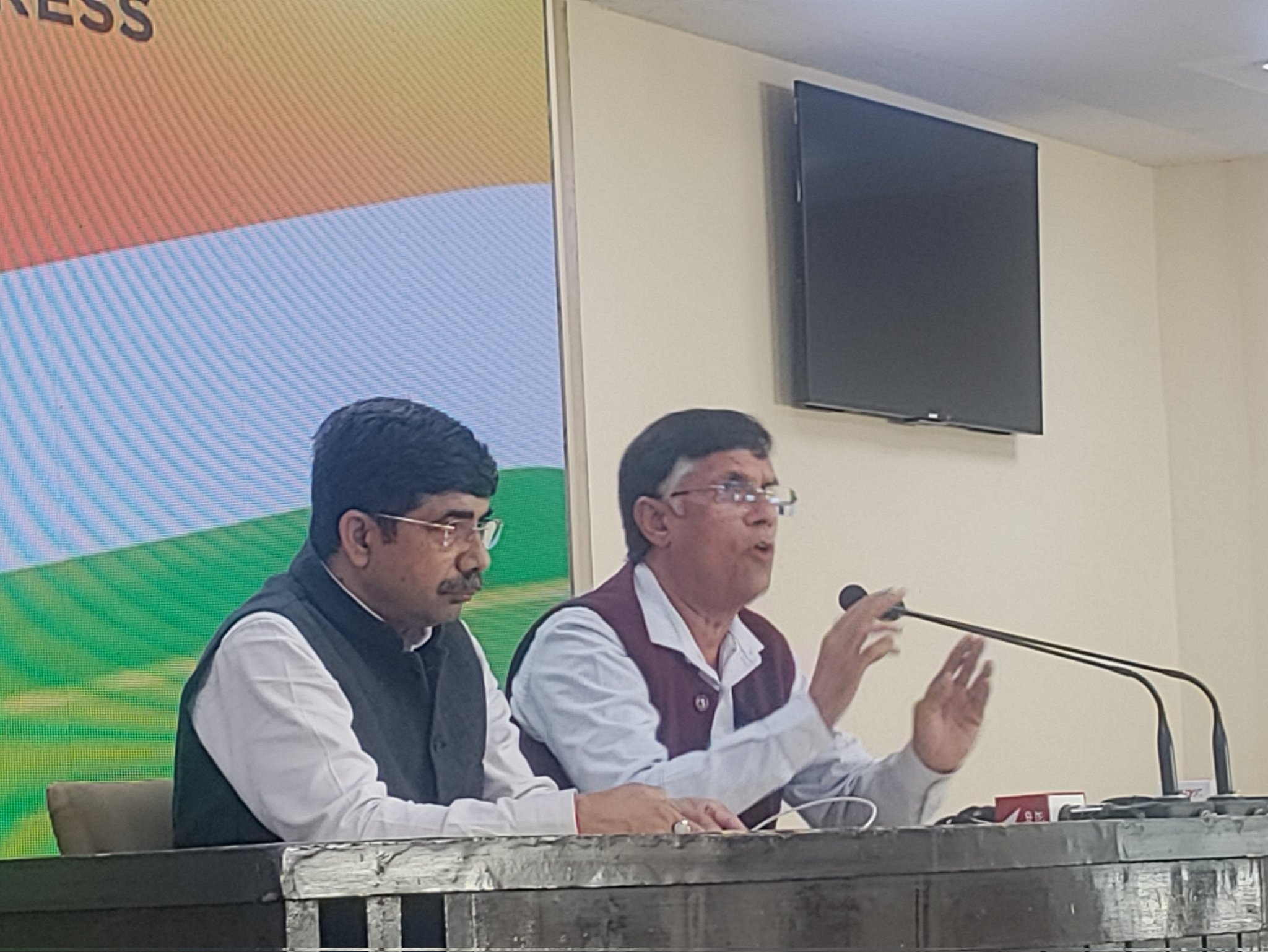 NEW DELHI: The Congress on Monday alleged there was “unusually high” voting at the fag end of second-phase polling in the just-concluded Gujarat assembly elections.
The party claimed 16 lakh votes were polled in the last one hour of polling on December 5.

AICC head of media and publicity department Pawan Khera said the party is flagging a very crucial issue which is critical for democracy and for future elections and future generations.

My leader @OmarAbdullah thundered in Dooru today saying the day JKNC comes to power, it will repeal the draconian PSA. The meltdown by BJPs B teams in Kashmir on this statement is not only on expected lines but proof enough where there loyalties lie. #OmarSpeaks4JK #Halhihalhai pic.twitter.com/pkTB37DIkU

“We were informed by the friends in media through their publications and some channels that in the last one hour of the second round of voting in Gujarat, we saw unprecedented rise in votes. 6.5 per cent at an average, but there are seats where you saw 11.5 per cent votes being cast in the last one hour, which is humanly impossible, because at an average per vote, 60 seconds are must,” he told reporters.

Noting that no one can vote in less than 60 seconds, he said there are polling booths in Gujarat where it took 25-30 seconds for one vote to be cast which is humanly impossible.

He said one can have a mock session and one will see that it is impossible. “But, in Gujarat, that became possible,” he noted.

Khera cited the example of Raopura assembly constituency in Baroda, where at 5 pm the voting percentage was 51 per cent and at 6 pm, it became 57.68 per cent. He also cited the examples of Asarva and Vejalpur seats.

“We have several examples and we are collecting 17C forms (account of votes recorded and paper seal account) from our candidates to tally exactly how much percentage went up in the last one hour of polling on the second round of elections in Gujarat,” he said.

Khera said the party was still in the process of analysing the voting percentage and are trying to collate the information received before taking further steps.

He said in Vadodara, some seats witnessed 10-12 per cent increase in votes in the last one hour.

“We hope and request you to do some investigations, because we owe it to democracy, we owe it to electoral democracy in our country. Nobody should be allowed to hijack the one and only weapon that we have in our hands as voters, which is our vote,” he asserted.

He said the the Congress had sent multiple delegations to the Election Commission, raising concerns over several aspects of the election, including severe violations of the model code of conduct.

The Congress suffered a drubbing in Gujarat bagging just 17 seats in the 182-member House.

The BJP retained power in the western state for a record seventh straight term securing the biggest majority ever in the state. It won 156 seats.

The polling was held in two phases on December 1 and 5 and the results were declared on December 8.