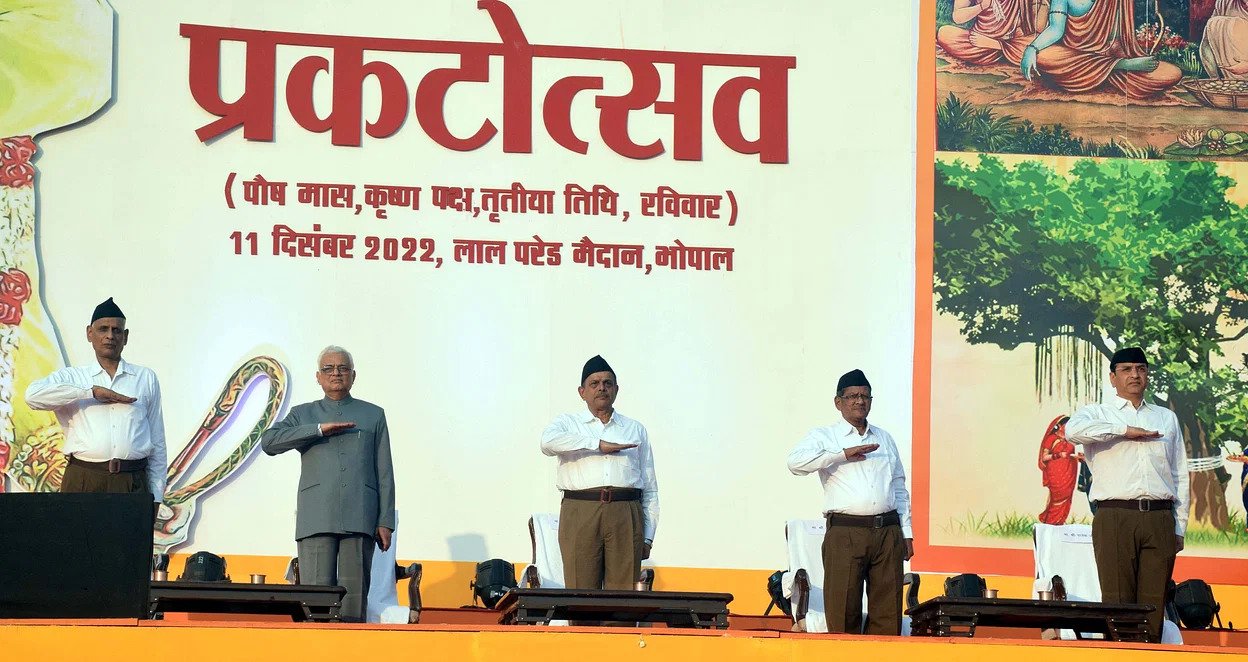 BHOPAL: Rashtriya Swayamsevak Sangh (RSS) general secretary Dattatreya Hosabale on Sunday underlined the need for highlighting the extraordinary contributions made by tribal communities in various fields for the development of the country which he said largely remained unrecognised.

Speaking at a function, the senior Sangh leader also said great tribal freedom fighters who had been forgotten, are of late being praised, recognized and getting their due share of respect. “But the contributions of tribal people in other fields need to be highlighted and documented,” he said.

“Tribal communities have made extraordinary contributions in all fields – trade and commerce, education, knowledge, and health. It had been recorded in history, but it is unfortunate for India that our education system did not bring (them) to society successfully,” Hosabale said while inaugurating a skill centre at the new building of Vanvasi Kalyan Parishad in Bhopal.

He also unveiled the statue of tribal freedom fighter Tantya Bheel at the Parishad’s campus. Hosabale said generations of indigenous people in Jharkhand are making steel.

”They possess an immense treasure trove of talent and knowledge,” he added. Hosabale said permanent exhibitions of great indigenous people, their talents, works, and contribution should be installed in big cities. He pointed out the case of tribal Warli paintings which are hugely popular. ”If the indigenous people market their paintings they will profit immensely,” Hosabale added.

Earlier addressing a gathering of more than 2,500 RSS activists after they showcased their talents including fitness and lathi skills at Lal Parade Ground, he said, “It is a matter of joy that India was growing taller in the world”.

Sangh is working to make the country a world leader, Hosabale said, adding that personality-building and uniting the society to enable the country to attain glory are the two main aims of RSS