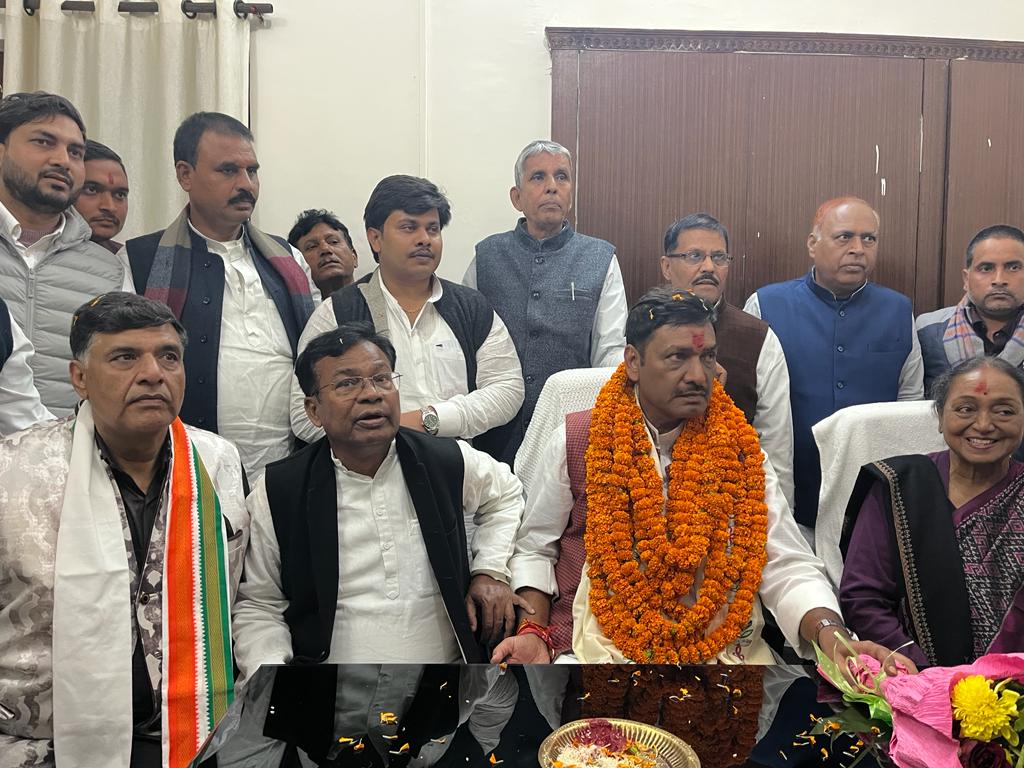 PATNA: Akhilesh Prasad Singh on Sunday took charge as the chief of Bihar Pradesh Congress Committee and assured party workers that he would do ”everything possible to strengthen the organisation”.

He also asserted that the respect and honour of the party activists are most important to him.

”I am thankful to my party for making an ordinary worker, like me, the chief of the BPCC. I assure my party workers that I will do everything possible to strengthen the organisation,” Singh said while addressing Congress activists and supporters here.

He also hailed Rahul Gandhi for embarking on the ‘Bharat Jodo Yatra’, which, he said, has brought new energy among Congress party workers.

Singh received a rousing reception in the state capital on his first visit since his appointment as the president of the BPCC.

Congress workers gathered outside the airport and were seen waving party flags and beating drums.

After garlanding a statue of India’s first Prime Minister Jawaharlal Nehru at Nehru Park, Singh, accompanied by senior Congress leaders such as Bhakta Charan Das AICC Bihar in-charge Meira Kumar, held a roadshow in the state capital before taking charge as the BPCC chief at Sadaqat Ashram, the headquarters of the party’s state unit.

During the march to the party’s head office here, he waved to people standing in large numbers on both sides of the road.

Addressing party workers at Sadaqat Ashram, former Lok Sabha speaker Meira Kumar said, “The new BPCC chief will instill new energy to the party. There are forces, which are seeking a divided and divisive India. We all need to work hard to defeat such forces”.

All senior leaders of the BPCC were present at Sadaqat Ashram.