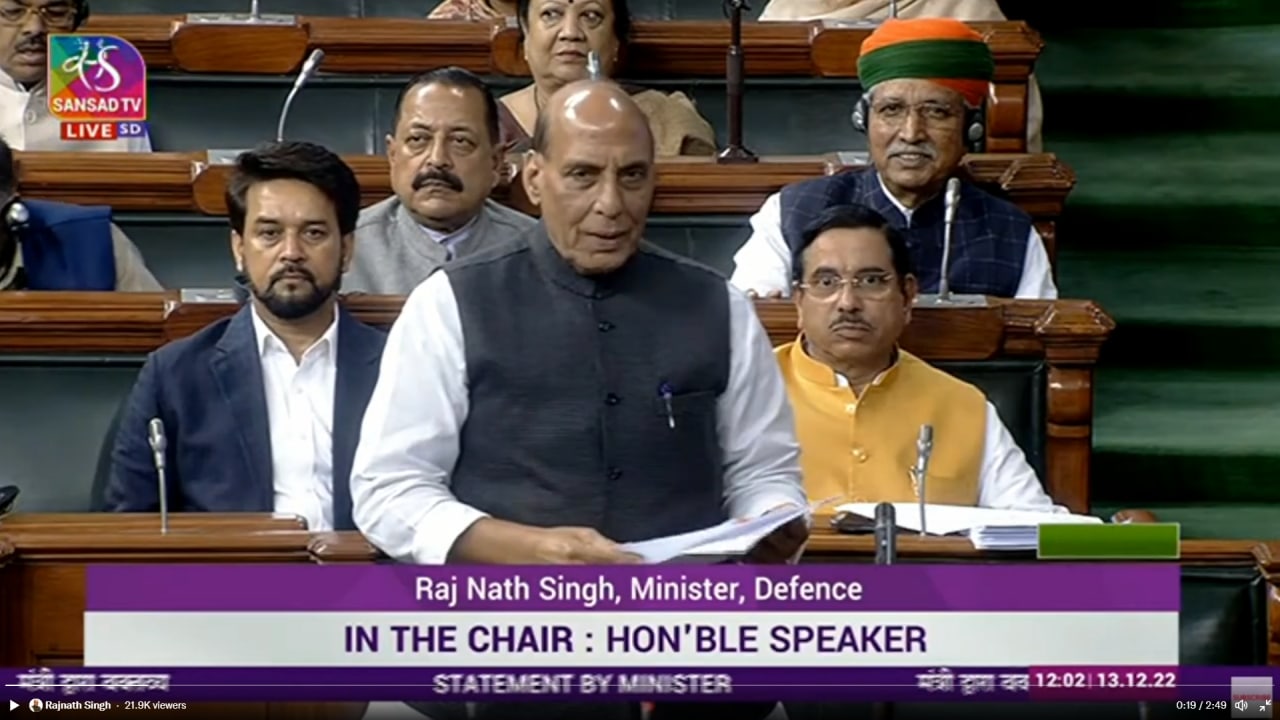 NEW DELHI: The Indian Army bravely prevented the Chinese PLA’s attempts to unilaterally change the status in the Yangtse area of Arunachal Pradesh’s Tawang sector on December 9 and confronted it with firmness, Defence Minister Rajnath Singh said on Tuesday.

In a statement in Lok Sabha, Singh said no Indian soldiers has died, nor has anyone been seriously injured in the faceoff.

“The Indian Army bravely prevented the PLA from encroaching on our territory, and forced them to withdraw to their posts. Some soldiers from both sides were injured in the skirmish,” the defence minister said.

“I would like to assure this House that our forces are fully committed to safeguard our territorial integrity, and are always ready to prevent any attempt against it,” he said.

The chinese side was asked to refrain from such actions and maintain peace and tranquillity along the border. The issue has also been taken up with the Chinese side through diplomatic channels, Singh said.

“I am confident that this entire House will stand united in supporting our soldiers in their brave effort,” he said.

Seeking an explanation from the defence minister over the Tawang incident, various opposition members created an uproar in Lok Sabha, alleging that they were not being allowed to speak. They later walked out of the House. The opposition members included those from Congress, NCP, DMK and AIADMK.