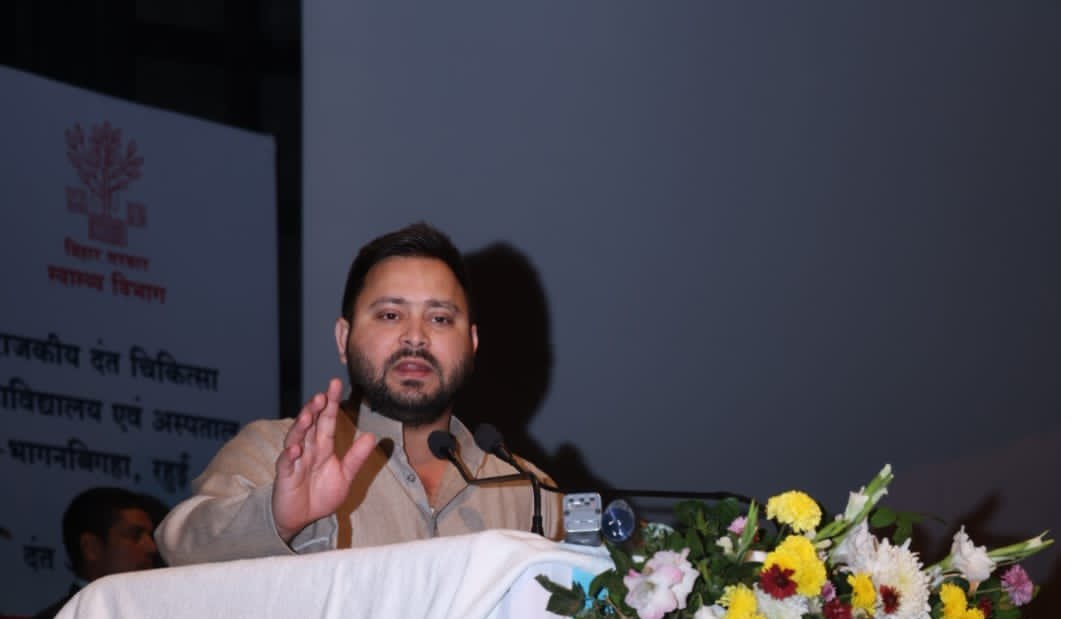 NALANDA: Bihar Deputy Chief Minister Tejashwi Yadav has said the political battle in the coming days would be “between Nagpur and Nalanda”, an allusion to the RSS headquarters and the home district of his boss Nitish Kumar, which was a seat of learning in the ancient times.

Yadav made the statement at a function in Nalanda, where the Bihar chief minister was also present.

“Our chief minister kept demanding special category status for Bihar. We kept seconding the demand. But, we got nothing. Some people seem to hate Bihar,” the young RJD leader said.

“We must not forget that Nalanda has been the land where the world’s first university came into being. The (political) battle in the days to come would be between Nalanda and Nagpur. You all know how Nagpur wallahs try to foment tension in the society, pitting one community against the other,” Yadav said.

So, people need to remain united and demonstrate the power of knowledge that Nalanda stood for, said Yadav, who also holds the health portfolio, at the function to inaugurate a dental college and hospital on Monday.

In his speech, the chief minister recalled his efforts to set up a modern university in Nalanda for specialised higher studies and blamed the Narendra Modi government, without taking any names, for the project not taking off well.

“Those who are in Delhi at present are least bothered about the Nalanda university even though we have done our bit, providing land and all other assistance that was needed. May be things would look up once we get rid of the current regime,” said Kumar.

The JD(U) leader has become a strong votary of a “united” anti-BJP front since snapping ties with the saffron party in August.

The septuagenarian also looked immensely pleased at the praises showered on him by Yadav, a former political adversary, who also attacked the BJP for raising the bogey of jungle raj when the government was creating jobs and providing basic amenities like drinking water.

“We have to back Tejashwi ji and take our work forward,” said Kumar, who also showered praise on his deputy for overseeing the speedy completion of the project.

The chief minister has, in recent times, given rise to speculations that in the event of moving to Delhi for dabbling in national politics, he might pass on the mantle to Yadav, the son of RJD president Lalu Prasad, who was once his arch-rival.