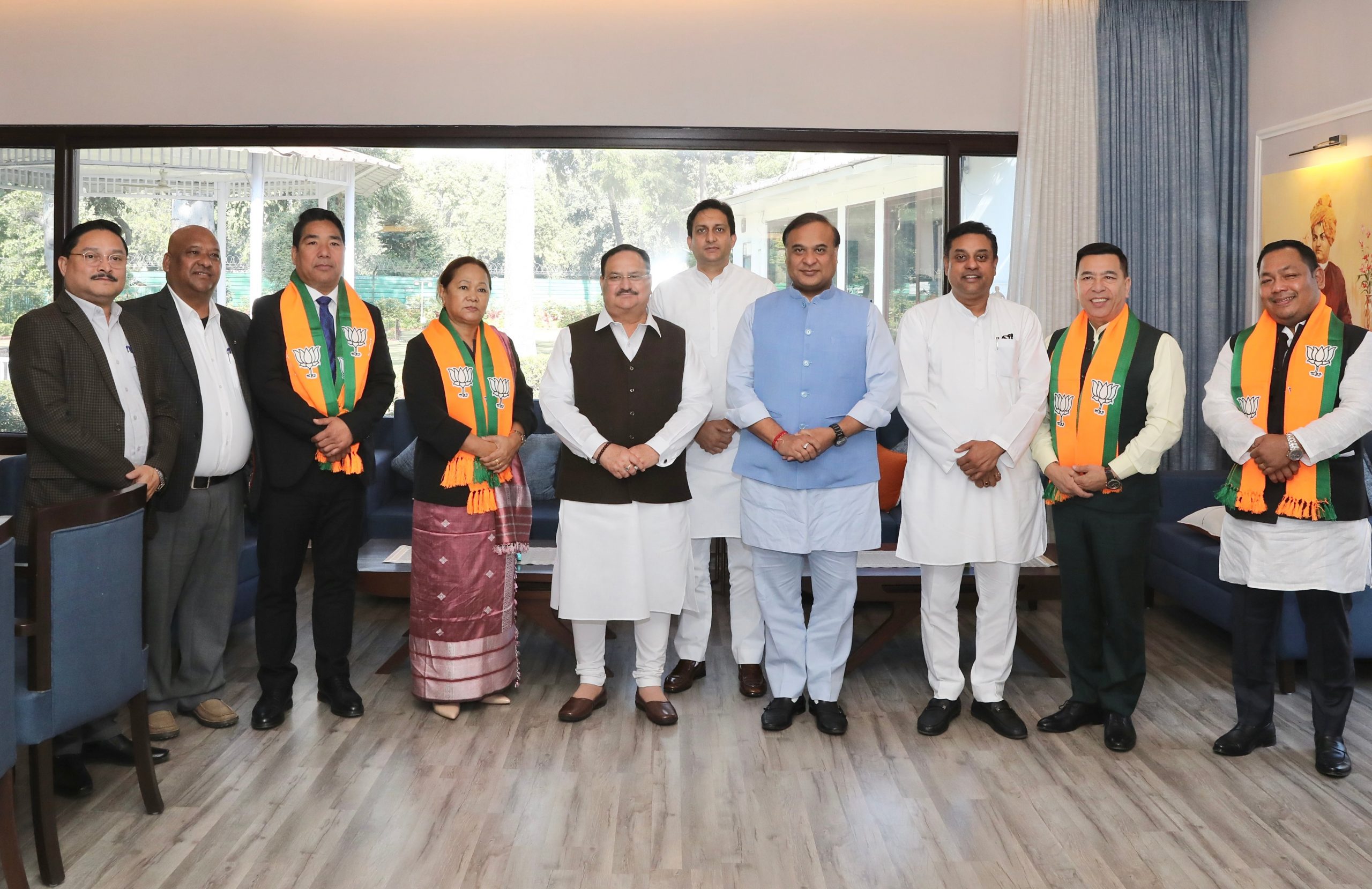 NEW DELHI: Four Meghalaya MLAs, including two from the state’s ruling National People’s Party, joined the BJP on Wednesday as the party looks to expand its footprints in the north-eastern region ahead of assembly polls in the state.

Assam Chief Minister Himanta Biswa Sarma, who is the party’s pointsman for the region, said the joining of the four “experienced and respected” political figures will mark a “new beginning” for the BJP in the state, where it could win only two seats in the 60 member-assembly in the 2018 polls.

Though the state’s ruling NPP has been a member of the BJP-led National Democratic Party, their relations have been far from smooth. The BJP’s decision to induct two of its MLAs, Benedic Marak and Ferlin Sangma, into its fold underscores its determined push to corner the NPP and emerge as a strong force in the state ahead of the polls likely to be held in February.

Along with four Meghalaya Hon MLAs, we paid a visit to Adarniya Adhyaksh Shri @JPNadda Ji to seek his margdarshan. Shri Nadda Ji guided us on the way forward on strengthening BJP.

The two other MLAs who joined the party at its headquarters here are Samuel M Sangma, an independent, and Himalaya Muktan Shangpliang, who is from the Trinamool Congress. It is a big boost to the party, Sarma said.

The Assam chief minister told reporters that under the Narendra Modi government, the north-east, which has eight states, has undergone tremendous change since 2014 and every sector has progressed.

“The north-east has been mainstreamed completely and three BJP state governments (Assam, Arunachal Pradesh and Manipur) have been re-elected to power, highlighting the party’s address has become permanent in the region,” he said, expressing confidence that the BJP will score “spectacular wins” in the upcoming polls in Tripura and Nagaland, besides Meghalaya.

Sambit Patra, who oversees the BJP’s organisational affairs for the region, said the north-east will become a new engine of growth for the country under Modi.

Shangpliang said the state needed a change and the BJP would deliver it. “It is a great party which has influenced all of us as people are impressed with its development work,” he said.